College football bowl game odds for Friday, December 27, are highlighted by No. 16 Iowa being a slim two-point favorite over the No. 22 University of Southern California in San Diego’s Holiday Bowl. 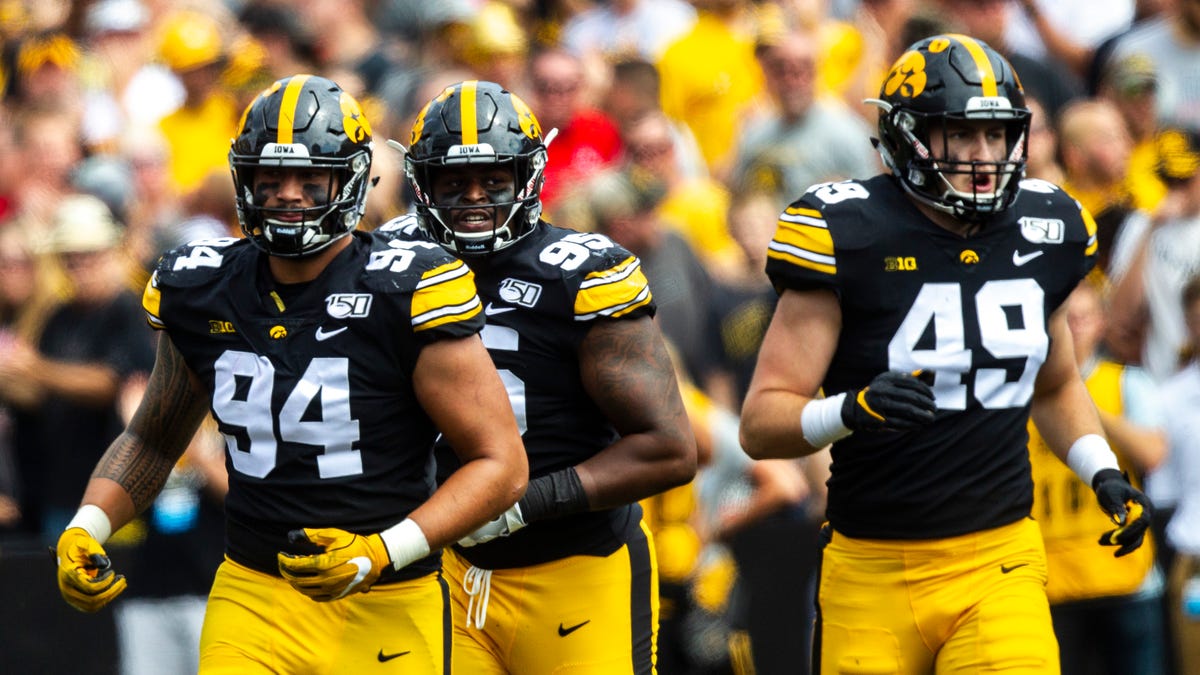 The 9-3 Hawkeyes will be listed as the home team, but there will no doubt be plenty of Trojans (8-4) fans filling up the 70,500-seat SDCCU Stadium in Southern California.

The Westgate SuperBook has the spread with Iowa spotting USC two points. But back east in Big Ten country, the PointsBet sportsbook in Iowa has received more action on the Hawkeyes, prompting the book to extend the line to 2.5 points.

The close odds match up against what analysts believe will be a closely contested game. The Pac-12 Trojans and Hawkeyes are both coming off three straight wins.

The ESPN Football Power Index computer simulator actually has USC the slightest of favorites. In 10,000 simulations, the Trojans won 50.6 percent of the time.

Iowa is led by its defense, which ranked No. 5 in the nation in scoring defense this year. And veteran Nate Stanley leads a formidable offense, as the senior quarterback finishes his third year under center. The Hawkeyes lost their three games by a combined 14 points.

If they get you in third-and-long, they’re elite,” USC coach Clay Helton said Thursday. He added that Iowa is “one of the best defensive fronts that we’ve seen all year.”

Iowa’s defense will meet a strong USC offense, which has flourished under first-year offensive coordinator Graham Harrell. Freshman QB Kedon Slovis was thrown into the role midway through the season after JT Daniels went down with an injury. Slovis played well, completing nearly 72 percent of his passes, with 28 touchdowns against nine interceptions.

Iowa will have added incentive to win tonight. The team’s former coach, legendary Hayden Fry, who led the Hawkeyes from 1979 to 1998, died December 17 at the age of 90.

“I can’t begin to describe the impact he had on the state of Iowa,” Iowa coach Kirk Ferentz said. “I got to Iowa as an assistant in his third year. At that point, they had 19 straight losing seasons in Iowa football history.”

“The impact, the way he captured the hearts and minds of people in our state, it was really evident. Then the good things started to happen after that,” Ferentz added.

While Iowa and USC is the Friday marquee, there are four other college bowl games on the slate today.