Crown Resorts billionaire James Packer will be called as a prosecution witness in the corruption trial of Israeli Prime Minister Benjamin Netanyahu, according to indictment documents seen by News Corp. 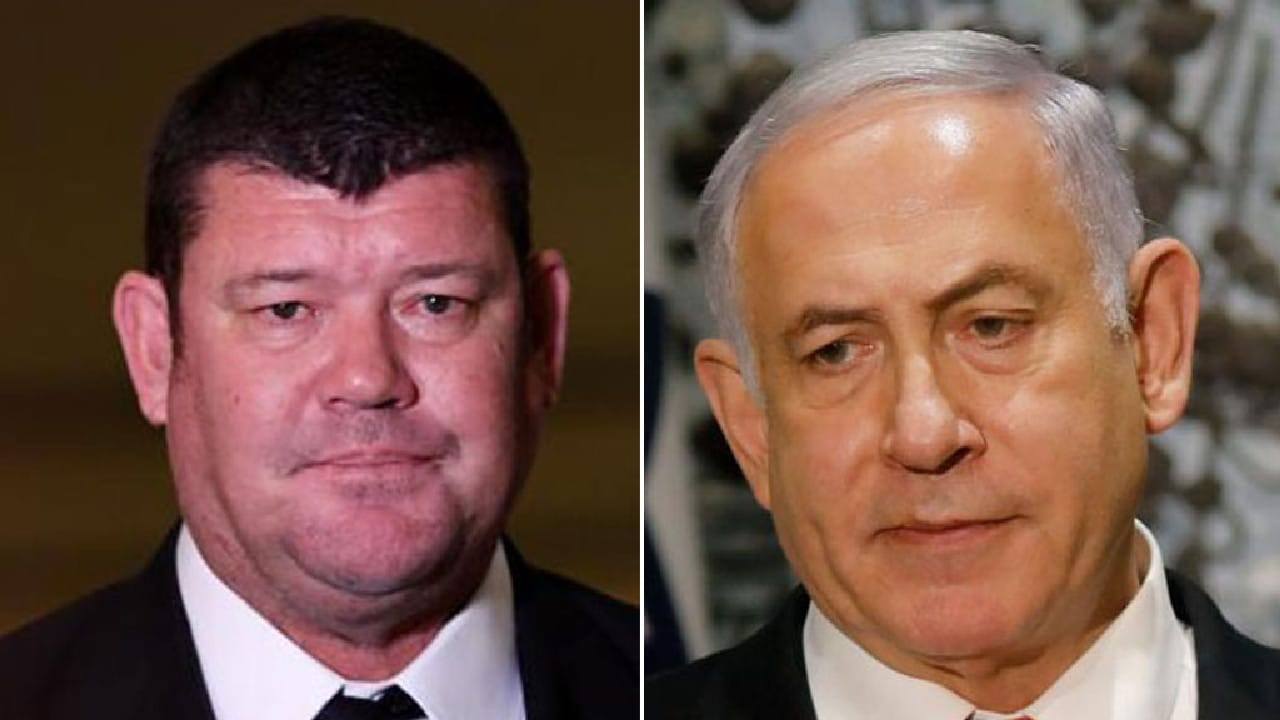 James Packer (left) moved next door to Benjamin Netanyahu in 2014. He claims he showered the Netanyahus with gifts because they were his friends. (Image: The Australian)

Netanyahu was officially indicted for bribery, fraud and breach of trust on Tuesday, charges that had been brewing for several years. The 70-year-old is accused of accepting lavish gifts from businessmen, including Packer, and of attempting to manipulate the press. He denies the charges.

Packer is not accused of any crime, but he will be questioned about why he and his friend, Hollywood producer Arnon Milchan, showered Netanyahu with gifts worth hundreds of thousands of dollars.

When Packer lived in Israel, he bought a house next door to the Netanyahus. The Australian has previously said that he enjoyed giving them gifts simply because they were his friends. But the indictment documents suggest the intensity of Packer’s giving was unusual.

“The gifts, mainly cigar boxes and champagnes, were given to Netanyahu and his wife by Milchan and Packer continuously in response to requests and even demands, including through deliveries, even when Milchan and Packer did not stay in Israel, to the extent that they became a ‘supply line’,” according to the documents.

“As part of his business, Packer was the owner of a company in Israel that operated in the investments field of Israeli companies in the hi-tech industry,” the documents continue. “Packer also looked into investments in Israel in the communications field. In the years 2014-2016, Packer purchased a home in Israel and has worked to receive residency status in Israel.”

Packer is not the only casino mogul to be tangled up in Netanyahu’s alleged indiscretions. The prime minister is also accused of attempting to negotiate a deal with the publisher of Israel’s leading daily newspaper, Yedioth Ahronoth, to suppress its criticism of him.

Netanyahu allegedly promised the newspaper’s owner, Arnon Mozes, that he would convince his erstwhile friend and supporter, Sheldon Adelson, to cut back circulation of Israel Hayom — a competing paper owned by the Adelson family — in return for favorable coverage.

Adelson and his wife, Miriam, have reportedly since fallen out with the Netanyahus. In a statement given by the Adelsons to Israeli police on the Yedioth Ahronoth affair, both described Netanhayu’s wife, Sarah, as “crazy,” and claimed “she decides everything.”

No Peace for Packer

It’s the second time in a week that Packer has been called as a witness in a hearing he would probably rather avoid. The billionaire has stepped back from most of his business obligations because he is reportedly recovering from anxiety and depression. But on January 21, he gave evidence in a public investigation by New South Wales authorities, who are examining Crown’s relationship with junket operators.

Numerous media outlets have claimed that Crown has turned a blind eye to Chinese organized crime through its dealings with the junkets.

The NSW investigation is also focusing on Packer’s sale of 20 percent of Crown Resorts to Melco International, whose CEO, Lawrence Ho, has an interest in a company that is blacklisted by Australian authorities because of its links with his father, Stanley Ho.

Ho Sr. held the gaming monopoly in Macau until the early 2000s. But US authorities believe he is an associate of the Sun Yee On criminal organization. The Ho family denies this.