The Japanese lawmaker at the center of a casino bribery scandal was granted bail Monday. But Tsukasa Akimoto will not fulfil his stated desire of resuming his parliamentary duties just yet. 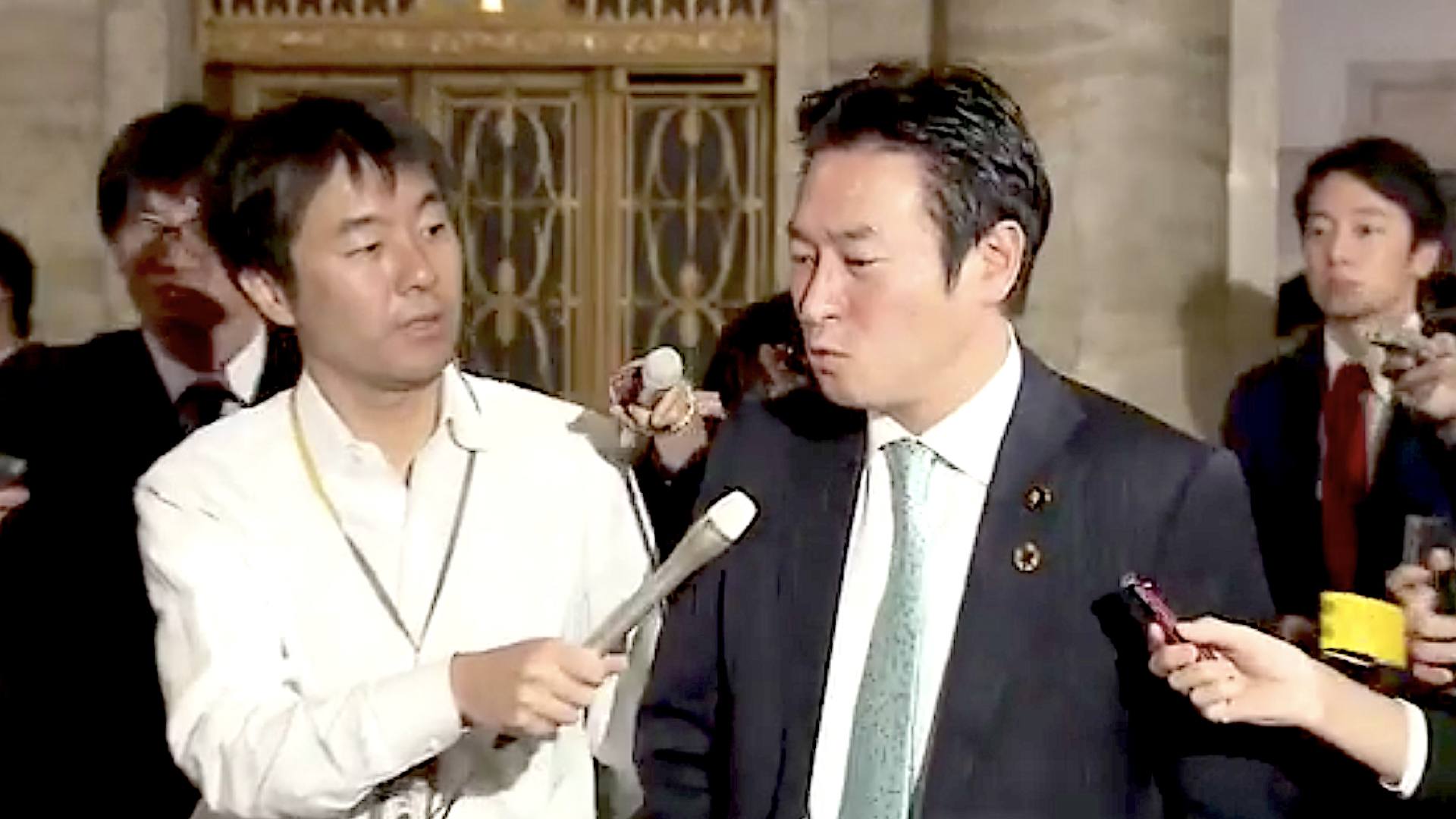 Tsukasa Akimoto (right) claims he is innocent of the charges for which he has been indicted and wants to retake his seat in the Japanese parliament. (Image: AGB)

Despite paying his $273,000 bond, the Liberal Democratic Party (LDP) lawmaker remains in jail, pending the public prosecutor’s appeal of the court’s decision.

Akimoto is accused of accepting bribes from Chinese gambling company 500.com, which hoped he would look favorably on its bid to build a casino in resort Hokkaido Province. The lawmaker is also suspected of demanding “luxury items” from the company during a trip to Macau.

500.com set up a subsidiary in Tokyo in July 2017 to pursue a casino resort project in the ski-resort village of Rusutsu, Hokkaido.

Akimoto was a vocal proponent of Japan’s casino legalization and, as a senior vice minister at the Cabinet Office in 2018, was a key policymaker for the initiative.

But he was arrested on Christmas Day 2019 and subsequently indicted for bribery, the first sitting Japanese lawmaker to be charged with a crime in ten years.

Since then, five additional politicians have been questioned but not charged by prosecutors, including former defense minister Takeshi Iwaya.

Akimoto has denied all the charges. But awkwardly for him, three others indicted in the case — former executive of 500.com’s Japan unit Zheng Xi and two Japanese former advisers to the gambling operator — have all confessed to bribing the lawmaker.

If he makes bail, Akimoto will be allowed to retake his seat in Japan’s lower house, provided he complies with the terms.

These include having no contact with the five lawmakers who are also suspected of involvement, including Takaki Shirasuka and Shigeaki Katsunuma, who both accompanied Akimoto on the Macau junket with 500.com.

The scandal has been bad optics for the ruling LDP, which has tried unsuccessfully to sell the economic benefits of casinos to a skeptical populace. Some two-thirds of Japanese have consistently polled against the establishment of a gaming market.

Seizing their moment, opposition parties introduced a bill last month that seeks to repeal the Integrated Resorts Promotion Act (IRPA), the 2016 act that paved the way for casinos in the country. But the government controls both chambers and its chances are slim.

Prime Minister Shinzo Abe has said national government will press ahead with the process of licensing three integrated resorts in the country. This will see hopeful cities or prefectures team up with casino developers and local businesses before submitting their proposals. The submission period for applicants will start early next year.

Hokkaido pulled out of the casino race late last year over concerns about the impact construction might have on the local environment.