As an industry, legitimate sports wagering is still in its formative stages in the US. But some analysts believe investors don’t need to rely on American companies to access what is expected to be exponential growth. 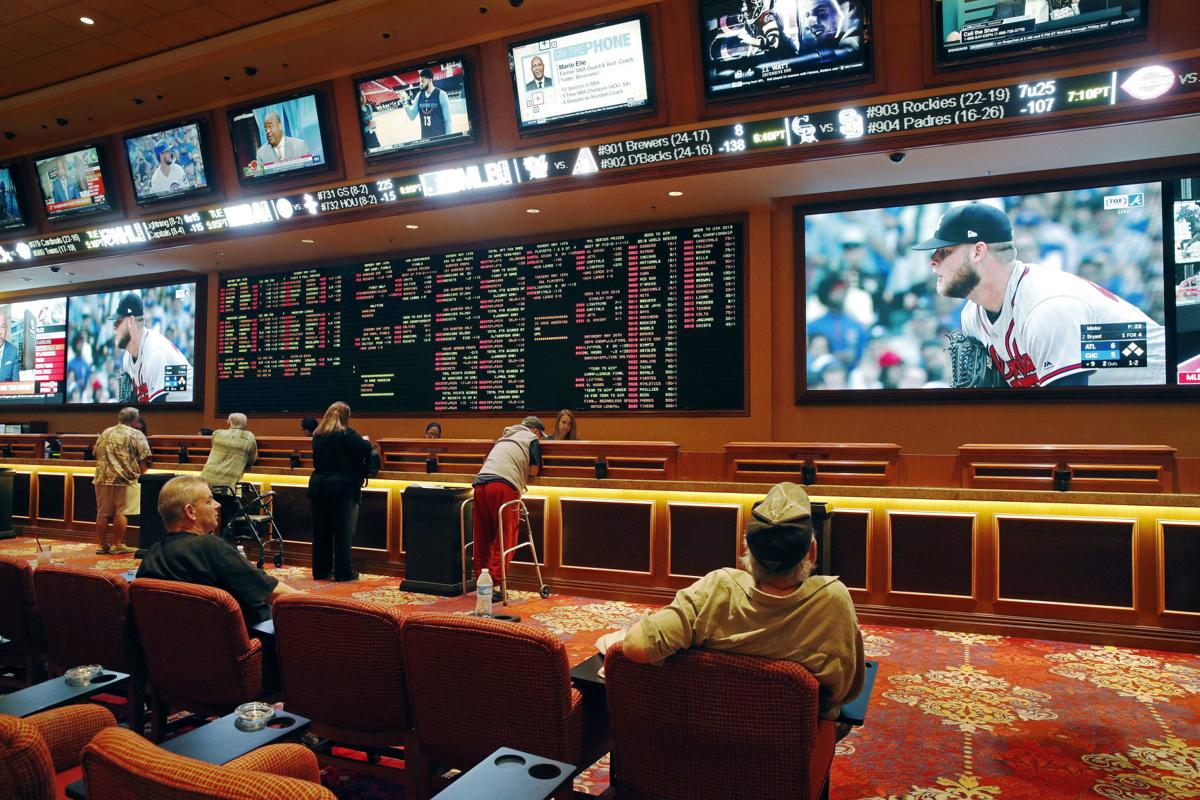 Investors can wager on sportsbook stocks and those could be winning bets, says Jefferies. (Image: NWI Times)

In a note to clients Tuesday, Jefferies analyst James Wheatcroft said the domestic sports betting market could blossom to $19 billion on a gross gaming yield basis by 2023. That equals an earnings before interest, taxes, depreciation and amortization (EBITDA) possibility of $5 billion.

That’s not far off a frequently cited Morgan Stanley estimate from Morgan Stanley, which says the US sports betting business could be worth $7 billion to $8 billion by 2025, assuming it becomes legal in 36 states. Add to that, Wheatcroft says when it comes to some stocks, markets aren’t fully appreciating the US sports gambling market.

Current valuations of Flutter, GVC, and William Hill do not attribute any material value for the U.S., in our view, despite scope for the US to double group profits in five years,” said the analyst.

All of those companies are UK-based firms, but they have US listings. William Hill trades over-the-counter (OTC) under the ticker “WIMHY.” Flutter (PDYPY) and GVC (GMVHF) trade on the pink sheets. Those are smaller listing venues with lower costs than, say, the New York Stock Exchange.

Those companies are already established in the US, but are seeking growth avenues. Flutter is the parent company of daily fantasy sports (DFS) giant and sportsbook operator FanDuel, and is in the process of buying PokerStars parent The Stars Group (TSG) for $12.2 billion.

GVC partners with MGM Resorts International on the ROAR Digital online betting platform, while William Hill is one of the largest sportsbook operators in Nevada, with growing presence in other states.

When Flutter puts the finishing touches on the TSG deal, it will have that entity, FanDuel, and Fox Bet under one umbrella, making it a “standout” among sports betting equities, according to Jefferies.

The research firm said that if Flutter can replicate its success in New Jersey – where it’s the largest sports betting firm – in other states, upside to the stock could be as high as 57 percent.

Some Love For William Hill, Too

“William Hill is well-placed in the US, with a demonstrable track record and extensive agreed market access (which could grow materially if/when Eldorado acquires Caesars),” said Wheatcroft.

William Hill has a long-running partnership with Eldorado Resorts, one the British bookmaker said last year entitles it to the right to run Caesars’ sports betting operations when that takeover is completed.

Eldorado’s $17.3 billion purchase of Caesars is expected to be finalized in the first half of this year. The transaction brings together two companies with sports betting scope in prime states, including Indiana, Iowa, Nevada, New Jersey and Pennsylvania, among others.