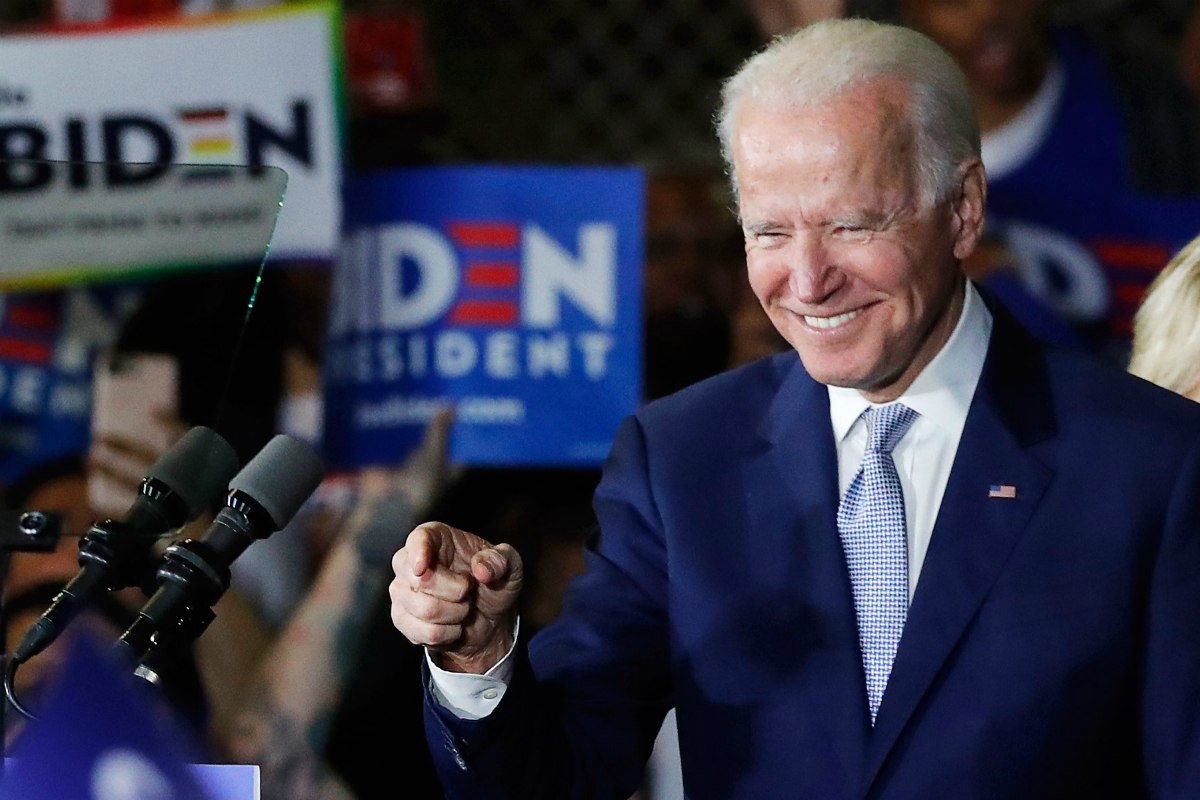 Prior to Tuesday’s showdown, PredictIt bettors had the party’s moderate 2020 Democratic candidate favored in just six states – Alabama, Arkansas, North Carolina, Oklahoma, Tennessee, and Virginia. The 77-year-old won all of those, but added four more – Texas’s critical 228 delegates, plus Maine, Massachusetts, and Minnesota.

Biden’s shares of winning Texas, Maine, Massachusetts, and Minnesota were respectively at 46 cents, 22 cents, six cents, and 21 cents. His upset means bettors who snagged those odds were handsomely rewarded, as winning shares on PredictIt are redeemed at $1 each.

Before Tuesday’s upsets, Sanders was the betting favorite to win the 2020 Democratic Party’s nomination. Today, he’s a long shot, as Biden is the frontrunner at 79 cents to the Vermonter at 16 cents.

Tuesday night, Biden all but said he’s secured his party’s ticket. “Team, because of you, we had an incredible Super Tuesday. Now, it’s time to focus on beating Donald Trump. We can get him out of the White House,” Biden stated.

Tuesday was anything but super for billionaire Mike Bloomberg and Sen. Elizabeth Warren. Both failed to win a single state outright, and Warren couldn’t even win her home state of Massachusetts.

After spending between $500 million-$700 million on his campaign, Bloomberg announced his exit.

As Sanders fared well in the early primary states of Iowa, New Hampshire, and Nevada, concerns mounted within the Democratic establishment regarding the self-described democratic socialist winning the nomination. Trump believes there’s a concerted effort among the Democratic Party elite to block Sanders.

“So selfish for Elizabeth Warren to stay in the race. She has Zero chance of even coming close to winning, but hurts Bernie badly,” the president said via Twitter.

He added, “So much for their wonderful liberal friendship. Will he ever speak to her again? She cost him Massachusetts (and came in third), he shouldn’t!”

With Biden the betting favorite in the vast majority of the remaining primary states, including delegate-rich Florida, New York, Pennsylvania, and Ohio, his road to taking on Trump in November seems paved.

UK bookmakers (sportsbooks are barred from offering political odds in the US) has Biden now as short as 1/7 to win the party nod. A $100 bet nets just $14.29 on those odds.

Biden’s comeback has been remarkable. Just thirty days ago, his odds of winning his party were around 20 percent. Now, he’s at nearly 80 percent.