Jon Rahm, No. 3 in the world, is the betting frontrunner for this week’s Hero World Challenge at the Albany golf course in the Bahamas. But the stacked 18-man field has plenty of big names who will give him a run. 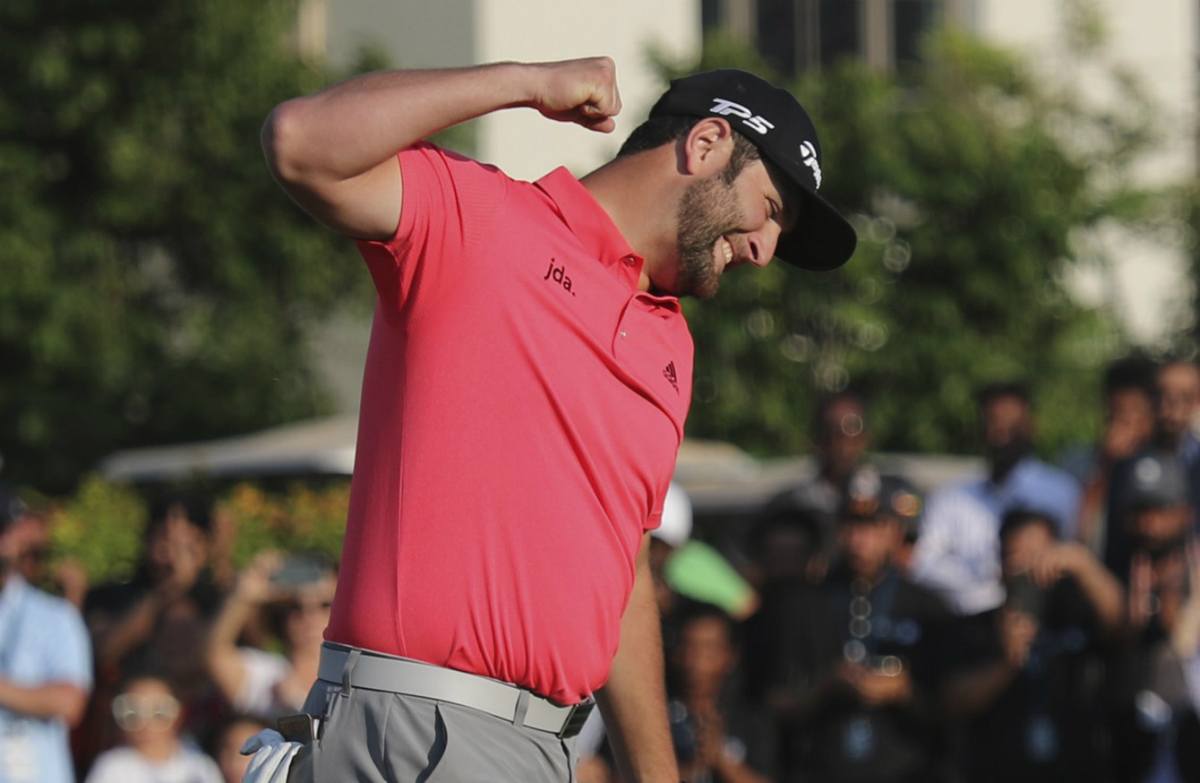 Jon Rahm arrives in the Bahamas as the Hero to beat. (Image: Kamran Jebreili/AP)

It’s not only Rahm’s recent strong play that made him the frontrunner. He’s also the defending champion of the Hero World Challenge, which is hosted by Woods and benefits his foundation.

The Hero World Challenge isn’t an official PGA Tour event. But it does offer points that go towards the Official World Golf Ranking.

Brooks Koepka, the game’s top-ranked player, won’t be in the Bahamas. He’s battling a knee injury, and will also skip the Presidents Cup later this month.

Woods’ premiere tournament will also be without Dustin Johnson, who is currently ranked No. 4. DJ says he hasn’t fully recovered from arthroscopic knee surgery, but remains committed to the Presidents Cup.

Rickie Fowler, who won the Hero World Challenge at Albany in 2017 by a four-stroke margin, got into the field with Koepka’s withdrawal. Fowler is at 14/1.

Johnson’s absence opened up a spot for Chez Reavie. The veteran has the longest odds for this week at 60/1. A $100 bet and a Reavie victory nets $6,000. Not bad considering the field consists of only 18 players.

But, of course, the main attraction is always Woods himself, the man who won his record-tying 82nd PGA Tour victory in October at Japan’s ZOZO Championship.

Ernie Els designed the golf course the Hero will be played at this week. Next week, he’ll captain the International Team in Australia at Royal Melbourne against Woods’ United States Team in the Presidents Cup.

However, the lineups have since changed slightly after the withdrawals of Koepka from the US and Jason Day from the International Team. Fowler replaced Koepka, and Byeong Hun An was substituted for Day.

Adam Scott, the International Team leader, is urging his home country to not cheer on the USA and Woods.

Last time it was too friendly,” Scott said. “Quite bluntly, we want the home-crowd advantage, and I’ll be disappointed if they are cheering enthusiastically for Tiger or anyone on the U.S. team.”

The Presidents Cup tees off December 12. Woods is the first playing captain since Arnold Palmer in 1963.