It would be easy to lay blame for Monday Night’s Cowboys-Giants bad beat on the black cat that ran on to the field, but the fact of the matter is, it’s on Giants quarterback Daniel Jones. 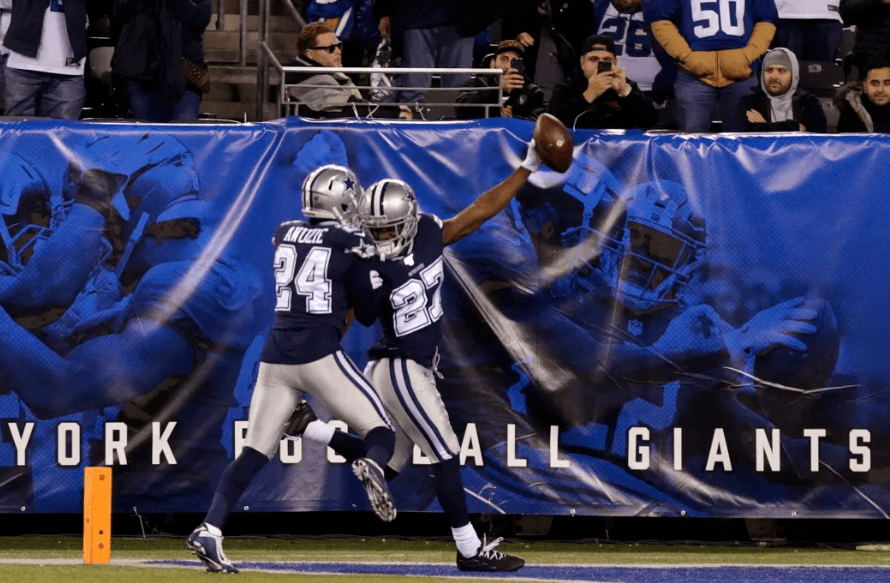 The fumble-prone rookie quarterback picked the wrong time to lose his grip on the ball. It’s not that the game was on the line for New York, but it certainly was for those who bet on the over/under. At William Hill and PointsBet sportsbooks, that point total for the Monday Night Football game was 48.5.

While the Giants certainly had a chance to score a touchdown and make it a winner of over bettors, they didn’t have any play longer than 12 yards during the drive. It certainly looked like those with the under would pull it out.

However, as Jones stepped back to pass, Dorance Armstrong was able to get his hand on the ball before Jones could throw it downfield. The ball ended up going backwards for a lateral and several players dove to the ground for the ball.

But all they did was knock it around for a charging Jourdan Lewis, who scooped it up and went 63 yards for the bet-settling touchdown, which made the score 37-18, with just :06 left.

Fumbles have been an issue for Jones since he took over as starting quarterback for the Giants. Including the two he lost on Monday night, he’s lost nine fumbles in just eight games, seven of which have been starts.

Anytime you turn the ball over, it’s costly to the team,” Jones told reporters after Monday’s game. “I got to work on that and making sure I’m securing the ball.”

It was also costly to the few bettors who bet the under.

And it was a bad beat for the sportsbooks, too.

At William Hill, over bettors represented 59 percent of the total tickets written and 76 percent of all the cash bet on the over/under. That meant Lewis’ late TD caused the sportsbook to shell out a three-times larger payout. All over/under bets were at -110 odds.

To further add insult to injury, had the Giants scored a late touchdown instead, it would have secured an even bigger win for William Hill. The spread for the game was 6.5, but 79 percent of the tickets and 82 percent of the money was on Dallas laying the points. All point spread bets were also at -110 odds.

While the fumble forced William Hill to pay out to the majority of its betting customers, PointsBet decided to refund any pregame bets made on the under, which the sportsbook also set at 48.5.

According to the PointsBet Bad Beat Index, the Cowboys-Giants over/under ranked as the eighth-worst bad beat this year among major professional and collegiate sporting events.