Work has stopped – for now – on bringing historical horse racing (HHR) to Nebraska, after a judge issued a restraining order keeping a race track from installing the machines. 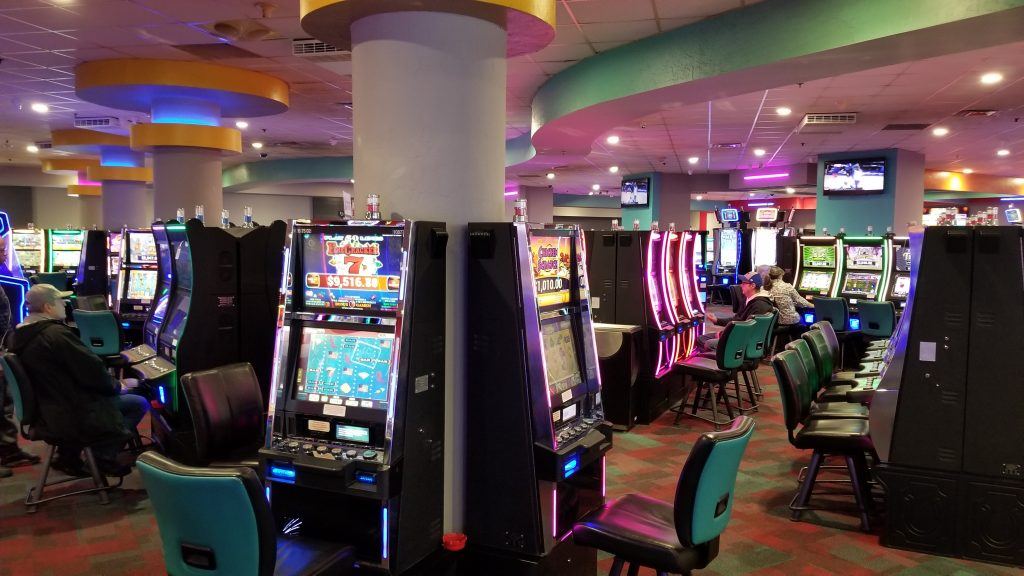 Historical Horse Racing machines, such as the ones shown above at Kentucky Downs in Franklin, Ky., were approved for use by the Nebraska Racing Commission last year. But a judge last week issued an injunction keeping Fonner Park from operating the machines at its Grand Island race track. (Image: Casino.org)

The ruling last week is the latest turn in a matter that’s pitted the Nebraska Racing Commission against the state’s Attorney General. It blocks Fonner Park from installing 50 HHR terminals at its track in Grand Island, Neb. The central Nebraska track is located about 90 miles west of Lincoln.

In July, the Racing Commission, by a 3-2 vote, approved the track to offer the machines. In its order, the commission noted the state constitution allows for pari-mutuel wagering on horse racing. Those who voted in support found that the PariMAX machines would meet the definition of pari-mutuel betting.

“The essential element of a pari-mutel wagering system is that the patron does not wager against the Association,” the report stated. “HHR and PariMAX satisfy that element.”

The commission published its final order on the matter in December, and track officials had hoped to install the machines last month.

HHR machines have the look and feel of slot machines. However, bettors are allowed to pick winners or select the running order of a previously run race. That outcome is what determines if a bettor wins.

In January, Attorney General Doug Peterson filed suit to block Fonner Park from installing the machines, saying the commission exceeded its authority in approving use of the machines.

In addition, Peterson argued that state law has only allowed pari-mutuel betting under certain circumstances, which require live racing – either at a Nebraska track or through a simulcast feed.

Lancaster County District Judge Andrew Jacobson agreed with Peterson in granting the temporary order, saying the Attorney General’s case would likely be successful in the courts.

In a statement, Peterson said the court ruling shows that state law in pari-mutuel betting is clear on what’s allowed.

Unfortunately, the Nebraska Racing Commission was given this same legal analysis by our office back in November of 2018,” Peterson said. “Despite this, on July 31, 2019, three Commission members chose to ignore Nebraska law and voted to allow in Nebraska the use of slot machine-like devices known as the PariMax Pari-Mutuel Wagering System. Fortunately, the Court’s order immediately stopped those efforts.”

Representatives for both the commission and Fonner Park declined to comment to Casino.org, citing the pending litigation in the matter.

While Nebraska may not get HHR machines in the near future, the machines are helping Kentucky’s racing industry thrive.

The success and legality of the machines in Kentucky was cited as an argument for Fonner Park to offer the machines to its patrons.

In January, bettors at Kentucky’s four HHR parlors bet $248.1 million, up 46.3 percent from January 2019. That generated $3.7 million in taxes for the state, with $1.8 million going to the state’s general fund.

The tracks have used their proceeds from HHR machines to bolster their purses for their live racing meets. That, in turn, has allowed them to attract more horses and offer bettors deeper, more competitive fields for live races.