To some, Colin Kaepernick has been a controversial figure for years. So, it’s only fitting that the quarterback’s tryout scheduled by NFL officials gets bogged down in scrutiny. 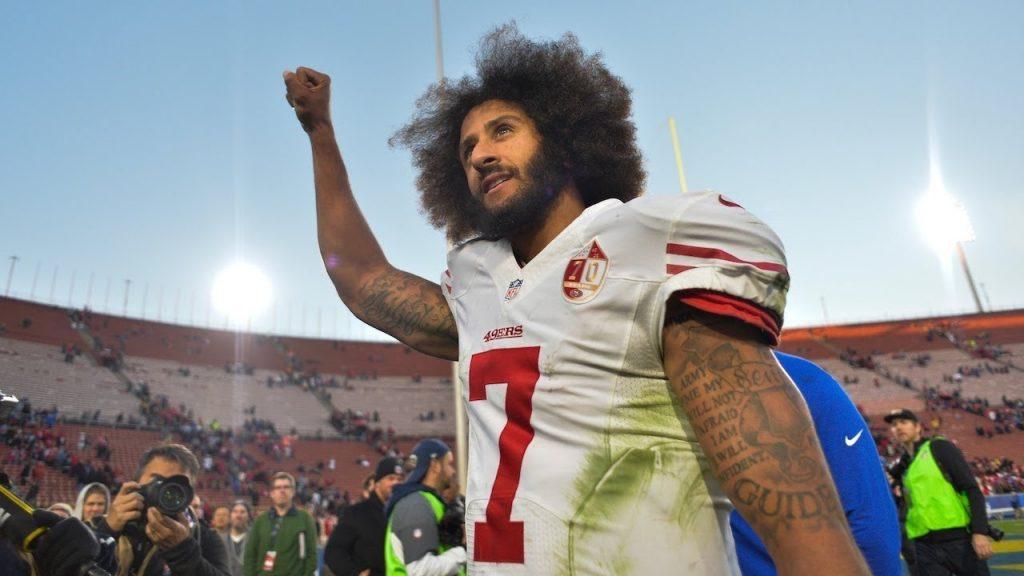 Colin Kaepernick, who last played in the NFL in 2016 for San Francisco, is scheduled to work out this Saturday for teams that might wish to sign the quarterback best known for kneeling during the national anthem in support of minorities in the US. (Image: YouTube)

Earlier this week, the league announced it would invite executives, scouts, and coaches from all 32 teams to a workout this Saturday for the recently turned 32-year-old, who last took a snap in a league game three years ago.

However, with most teams playing on Sunday and college teams playing Saturday, many of the key decision-makers on teams that might be interested in signing him may not be able to attend the workout in person.

I’m just getting word from my representatives that the NFL league office reached out to them about a workout in Atlanta on Saturday,” he tweeted. “I’ve been in shape and ready for this for 3 years, can’t wait to see the head coaches and GMs on Saturday.”

Reports surfaced on Wednesday that league officials may have purposely scheduled the tryout on a date when many couldn’t attend. The NFL also denied attempts by Kaepernick and his connections to reschedule it.

The league has also announced that it would not release a list of team officials who end up attending the event, after initially giving indications that it would.

While some US sportsbooks have posted odds about what teams may sign top-name NBA free agents, and European books offer odds on soccer transfers, American sportsbooks typically don’t post odds on NFL free agent signings. However, one offshore book has posted odds on where Kaepernick may land.

Panama-based Sportsbetting.ag lists the Cincinnati Bengals as the +350 favorites to sign Kaepernick. The Cincinnati Enquirer reported the team will attend the workout.

However, the winless Bengals just benched starter Andy Dalton earlier this month for rookie Ryan Finley to see if he could be the long-term solution for the rebuilding team.

Second-choice Pittsburgh Steelers (+400) makes more sense as a destination, since the Steelers have already lost starter Ben Roethlisberger to a season-ending injury. While Mason Rudolph has led the team to four straight wins, the offense has sputtered, especially as running backs James Conner and Benny Snell have suffered injuries.

Two teams that aren’t on Sportsbetting.ag’s board but could be interested in Kaepernick are the Detroit Lions and Miami Dolphins. The Lions are currently without starting quarterback Matthew Stafford because of a back injury. Miami, meanwhile, ranks next-to-last in total offense in the NFL.

Reuters on Wednesday reported the Lions and Dolphins are among the teams expected to attend Saturday’s workout.

Signing Not A Lock

Even with the NFL workout, it’s still possible Kaepernick remains unsigned after the weekend.

Kaepernick, who guided the San Francisco 49ers to a trip to Super Bowl XLVII in 2013, is best known for kneeling during the pregame renditions of the national anthem as a form of protest of alleged police violence against minorities.

After posting a 90.7 passer rating in 12 games back in 2016, he has remained unsigned. A year later, Kaepernick filed a grievance against the NFL, claiming owners colluded to keep him exiled because of his on-field protests. The NFL settled earlier this year with Kaepernick. But the quarterback received only a couple million dollars, significantly less than what he would have received in a free agent contract.

And while Kaepernick has remained in shape since he last took the field, it hasn’t kept him from getting older. As a quarterback who relied on his mobility, if he appears more than a step slower in Saturday’s tryout, that could be reason for teams to pass on him yet again.