Sports betting provider Kambi Group plc has further entrenched itself in New York by landing a deal with Seneca Gaming Corp. to run the sportsbooks for the tribe’s three casinos in the Empire State. 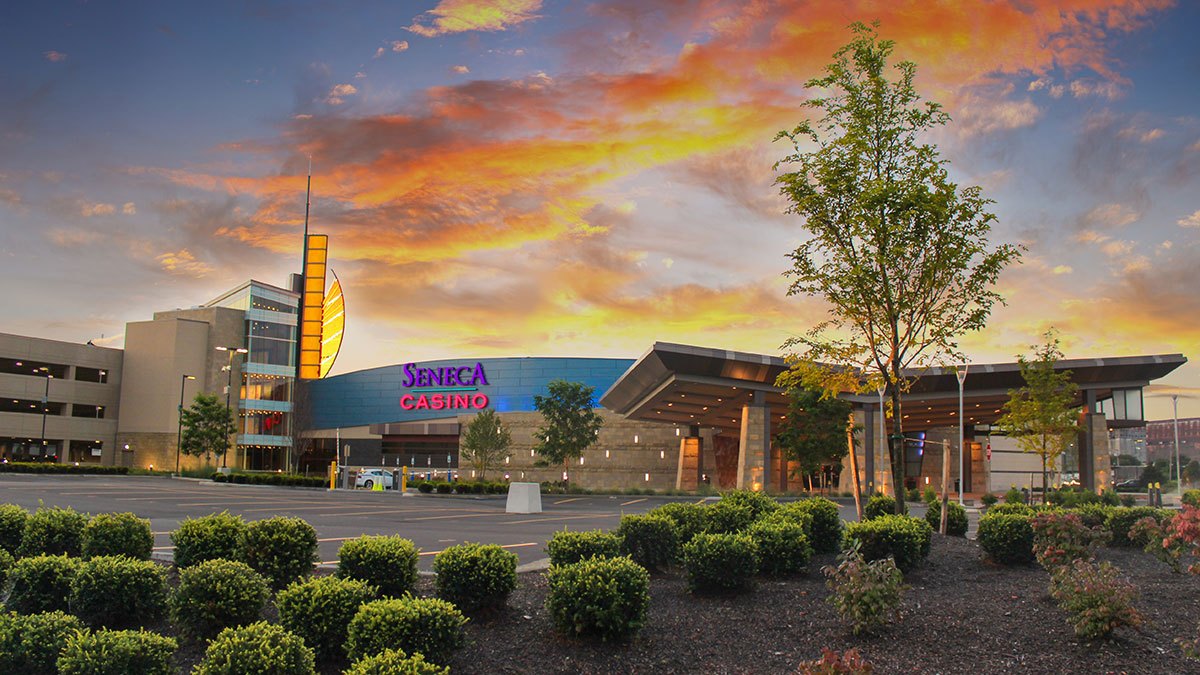 The Seneca Buffalo Creek Casino is one of three Seneca Gaming Corp. casinos slated to get a sportsbook operated by Kambi Group plc through a long-term agreement reached by the two companies. (Image: VisitBuffaloNiagara.com)

The deal announced last week still requires regulatory approval. It will allow the European-based company to manage the brick-and-mortar sportsbooks at the Seneca Niagara Resort and Casino in Niagara Falls, Seneca Buffalo Creek Casino in Buffalo, and Seneca Allegany Resort and Casino in Salamanca.

In a statement, Kambi did not disclose the length of the arrangement, only calling it a “long-term partnership.”

The plan is for sportsbooks to be operational at Seneca Gaming’s casinos by the end of the year. Max Meltzer, Kambi’s chief commercial officer, told Casino.org he could not be more specific yet as far as a target date.

“A central factor behind Seneca’s decision to partner with us was our clear reputation for high-quality delivery in the US as states continue open up,” he said. “We have achieved an impressive series of market firsts with our partners in the US, including in Pennsylvania and New Jersey.”

Kambi also serves as the processor for Rush Street Gaming and processed New York’s first sports bet at the Rivers Casino and Resort in Schenectady earlier this year.

Another tribal casino in the state, Akwesasne Mohawk Casino Resort, plans to launch a retail sportsbook in the near future.

The deal also includes statewide mobile betting once that’s legal in New York. Efforts in the state legislature have failed to made headway on the matter, with Gov. Andrew Cuomo pushing for voters to decide the issue by referendum.

But Meltzer believes it’s simply a matter of time before that happens and that Kambi will be ready to go when it does.

The interest and engagement are clearly there, especially with so many people from New York currently travelling over the New Jersey border to place their bets,” he said.

With Seneca Gaming, Kambi now has relationships with three of New York’s seven sports betting operators – both tribal and state-licensed. Besides Rivers, Kambi is also the service provider for DraftKings, which operates del Lago’s sportsbook.

However, Meltzer doesn’t believe there’s a certain number of relationships Kambi needs to have in place in order to compete for customers once New York opens the door to online apps.

“What is crucial is having the right partners and the scalability to deliver,” he added. “We are confident we have that in New York.”

The deal with Seneca is the second major tribal deal Kambi has reached this year. It also established a partnership with Mohegan Gaming and Entertainment to offer both online and retail sportsbook operations for the Mohegan Sun casino in Connecticut.

Kambi is also a partner in the Unibet sportsbook at the Mohegan Sun Pocono casino in Pennsylvania.

“We are a partner operators can trust to deliver, and we look forward to building on this progress in the coming months,” Meltzer said.