The Las Vegas Convention and Visitors Authority (LVCVA) says the city will be packed with out-of-towners now through the New Year’s holiday. 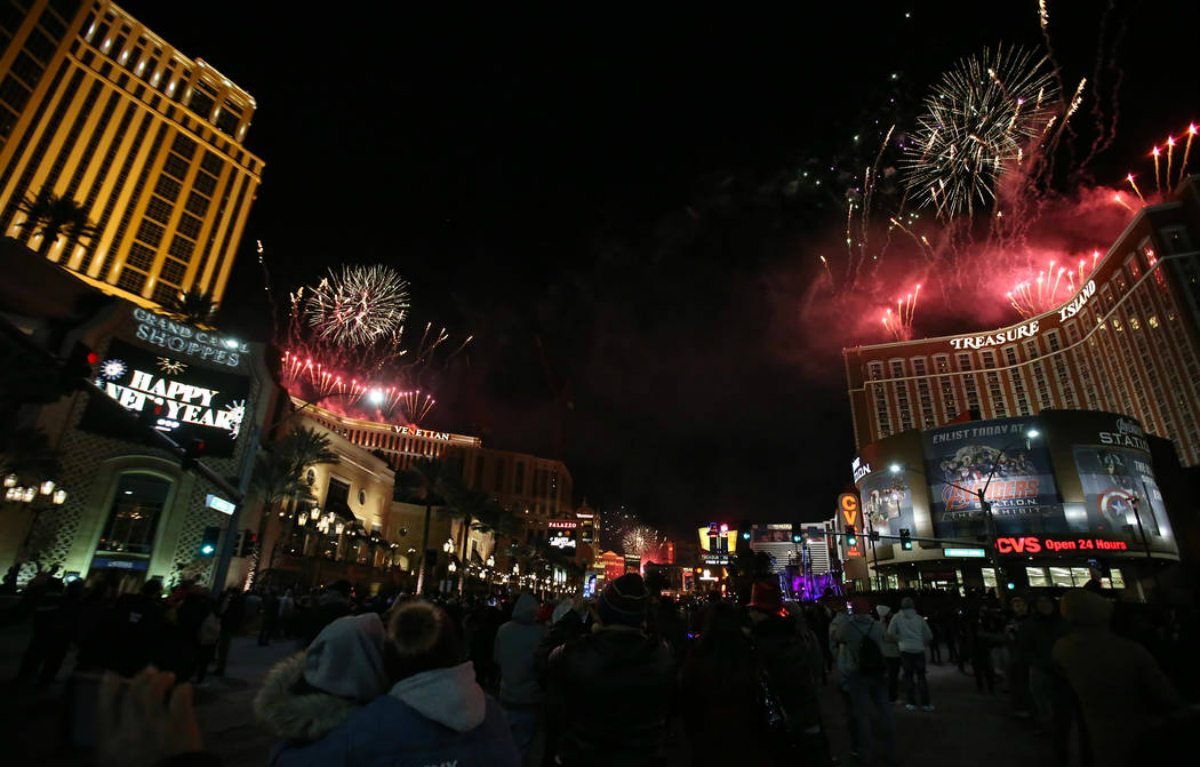 Travelers should be getting used to crowded highways and airports, as this marks the eighth straight year of new record-high travel volumes for the year-end holidays,” AAA Nevada spokesman Sergio Avila declared.

AAA ranks Las Vegas No. 5 in the agency’s list of 10 most popular destinations in the US for year-end holidays. The rankings are based on advance bookings through AAA Travel.

Nationally, AAA says the final weeks in 2019 will involve a record 115.6 million people traveling. That is an all-time high since the association began tracking travelers in 2000.

The LVCVA announced this week that its annual New Year’s Eve fireworks display will again be produced by Grucci. The pyrotechnics company holds the Guinness World Record for the “Largest Fireworks Display,” and has put on the fireworks at the last seven US presidential inaugurations.

Fireworks will light up the Strip and Southern Nevada, with seven rooftops serving as launchpads. MGM Grand, Aria, Planet Hollywood, Caesars Palace, Treasure Island, Venetian, and Stratosphere will all be used by Grucci.

Caesars’ High Roller, the world’s tallest observation wheel, will offer guests some of the best views, as will the 108th floor of the Stratosphere – but you’ll need advanced tickets for both venues. High Roller tickets begin at $350, and $199 at the Strat.

Dubbed “America’s Party 2020,” the New Year’s festivities will include the unveiling of the new Fremont Street Experience canopy. Downtown Las Vegas’ marquee attraction – known as Viva Vision – is a 1,500-foot long video display that cost $32 million to overhaul. The screen is allegedly much more vivid, and can be displayed during the daylight hours.

With a star-studded lineup for New Year’s, expect to pay premium hotel rates for the holiday.

Of course, you don’t need to stay on the Strip to see the Las Vegas fireworks. Fine accommodations at cheaper nightly rates include South Point Hotel Casino at $435, Westgate $541, and Westin $614.