Las Vegas off-Strip casinos need to be better protected against individuals who want to damage the property or deliver harm to guests and employees. 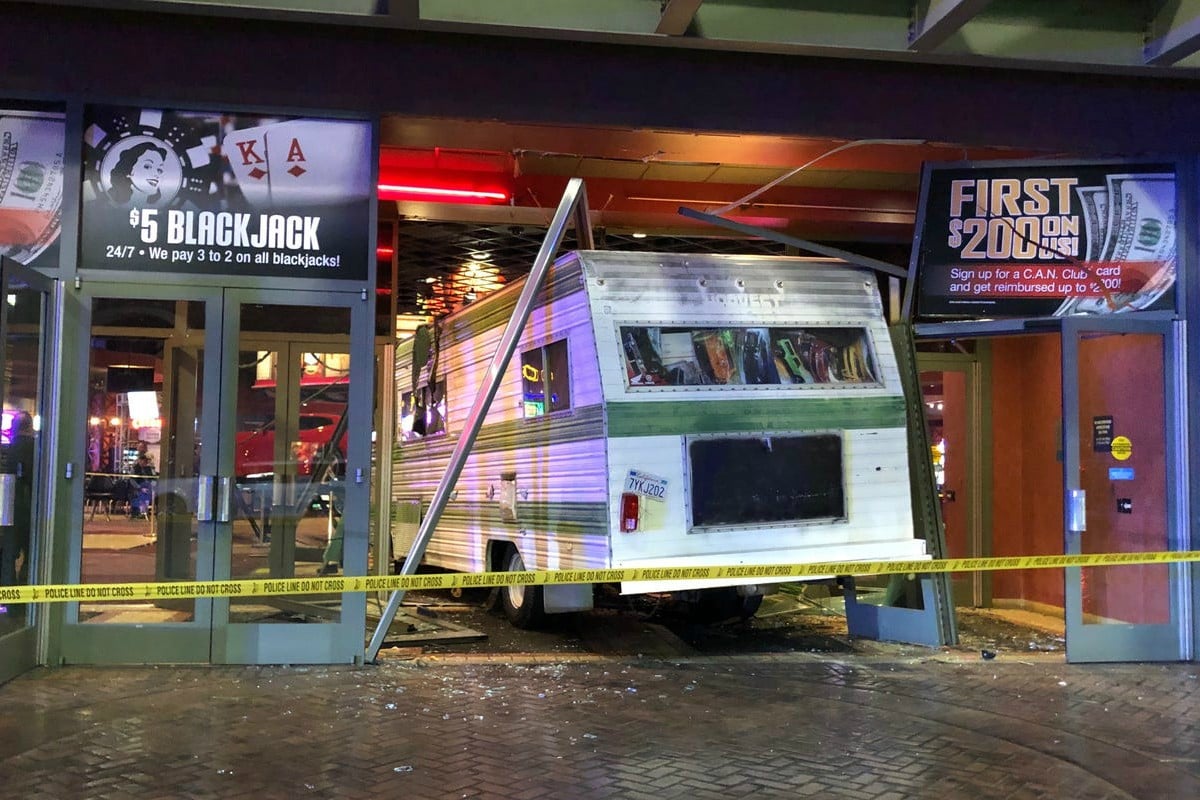 Las Vegas off-Strip casinos are defenseless to attacks such as this one involving a woman purposely driving her RV into the building. (Image: North Las Vegas Police)

That’s the verdict from one casino security expert following the incident at the Cannery Casino in North Las Vegas last week. It was Friday morning when police say 50-year-old Jennifer Stitt was kicked out of the casino, which prompted her to drive her 1972 lime green RV into the building just before 6 AM local time.

Witnesses said she continued hitting the gas pedal when the vehicle became stuck. Security quickly removed her from the driver’s seat.

A little bit farther and it would have been into the table games,” North Las Vegas Police spokesman Eric Leavitt said.

The woman has been charged with attempted murder, and is being held on $100,000 bail. A 66-year-old custodian remains in critical condition.

Las Vegas has been on high alert ever since October 1, 2017 – the night that left 58 victims dead and 800 others injured after a gunman opened fire from the 32nd floor of Mandalay Bay. The region has been called a soft target by some law enforcement officials, and a 2016 propaganda video from ISIS called on its supporters to attack famous landmarks and areas, with Las Vegas seen in the video.

Hundreds of bollards – embedded steel posts that protect sidewalks – have been placed up and down the Strip to prevent someone from trying to run over pedestrians. But away from the main drag, casinos remain vulnerable.

“There were no bollards out in the front of the Cannery or other types of things to distract the person from wanting to drive through,” veteran Las Vegas casino security director Douglas Florence told FOX5 Vegas.

Police didn’t say why Stitt was removed from the premises.

“There’s all these reasons why we ask someone to leave, so I think it’s important to understand how we do it,” Florence added. “Sometimes it impacts a person’s decision on how hostile they might be in saying they want to retaliate.”

What is the cost of reducing the tragic injuries or the death of a customer or an employee?” Florence asked. “Now that we’ve seen this happen, who’s to say it’s not going to happen again?”

Earlier this month, MGM Resorts announced a massive settlement with October 1 plaintiffs. Nevada’s largest employer said it expects the settlement to range between $735 million and $800 million – the final total subject to how many plaintiffs participate.

MGM didn’t admit guilt or liability in the settlement. But questions remained regarding why shooter Stephen Paddock was able to stockpile an arsenal of weapons in his room, given access to service elevators, and his suite allowed to go uninspected for numerous days.

Fire codes require that all resorts built after 2009 have indoor radio coverage in at least 95 percent of the building – including stairwells, fire escapes, and basements. However, properties built before 2009 weren’t required to conform to such a mandate, nor are they forced to update their buildings to comply.