The Las Vegas union that represents 60,000 workers employed by Nevada casinos said its members will have jobs once the statewide shutdown ends and resorts resume operations. 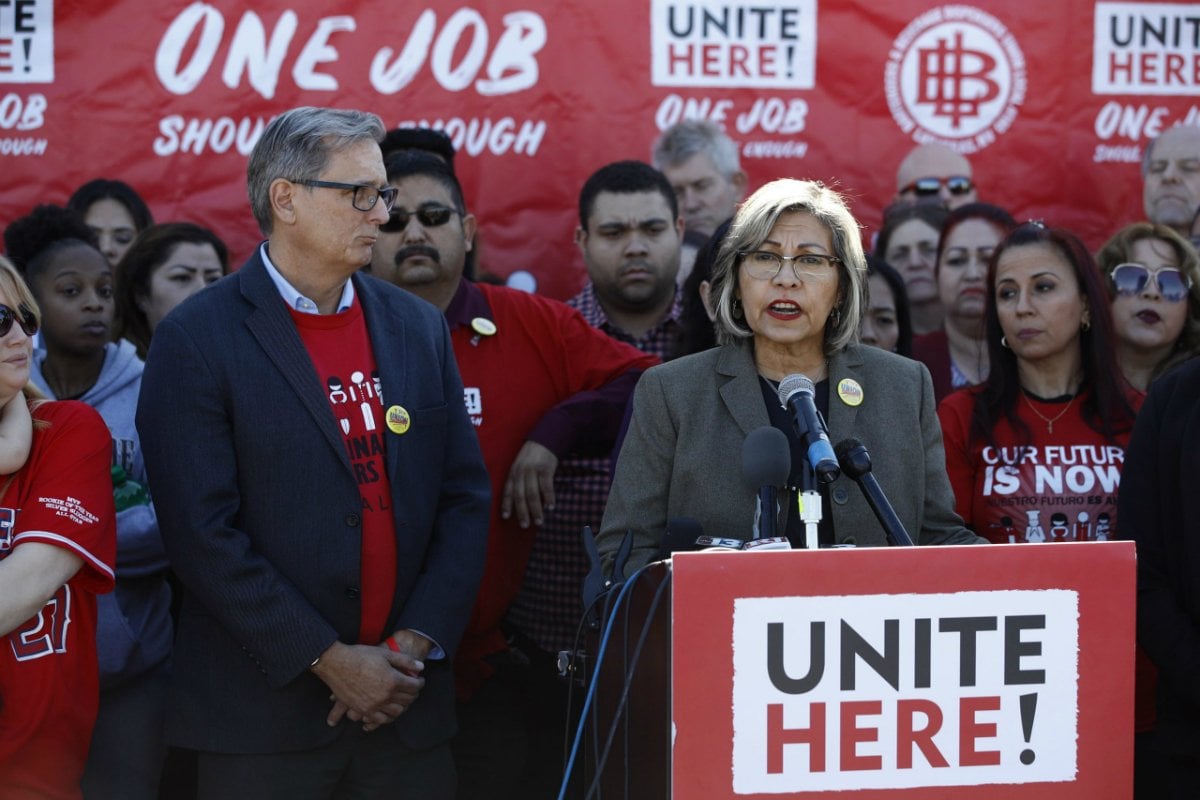 Las Vegas union officials said their members will have their same jobs to return to once Nevada reopens for business. (Image: Patrick Semansky/AP)

In Las Vegas, Culinary Workers Union Local 226, which represents workers in Las Vegas and Reno, said nearly all of its members are presently laid off. But when the hysteria surrounding the COVID-19 pandemic subsides and business and life gets back to some sort of normalcy, the union said its members will retain their jobs.

Culinary communications director Bethany Khan told Casino.org that the union issued a release to members saying, “Your job is protected: Your contract has language which includes recall by seniority. You will be able to go back to work when casinos reopen and business improves.”

When casinos do get back up and running, some workers might be out a job. Casino.org was notified this week that certain casinos are considering forcing former employees who were laid off or furloughed to reapply for their positions once the closure mandate is lifted.

The Venetian and Palazzo, both owned by Las Vegas Sands billionaire Sheldon Adelson, are the two most notable Strip casinos that are not unionized. Last week, the company announced that it would continue paying each of its 9,300 employees during the month-long suspension.

“All full-time and full-time flex and hourly Team Members will be paid a minimum of 32 hours a week, whether working on the schedule, working from home, or are just not scheduled and confined to home,” Sands said in a statement.

On-call hourly team members will be compensated based on their average hours worked in February 2020, up to a maximum of 32 hours a week. “The Venetian/Palazzo is and always has been a great place to work! Thank you Mr. Adelson!” said employee Tom Burgard.

Depending on the time it takes to return the gaming industry to full health following the pandemic, casinos are expected to reduce their workforces.

There is nothing easy about telling loyal employees that their lives are being upended because of a global event that is out of our control,” MGM Resorts Acting CEO Bill Hornbuckle told workers Thursday. “The hardships, I am afraid, will be real for many of you for some time.”

MGM has donated $1 million to its emergency employee fund, and musician Bruno Mars – who has a residency at MGM’s Park Theater – gave an additional $1 million. The estate of late MGM founder Kirk Kerkorian contributed $2 million, and Hornbuckle gave $100,000.

The executive added, “The most impactful thing we can do is be ready to bring people back to work. We are currently making tough decisions, but believe these will be in the best interest of your company long term.”