The College Football Playoff committee made it official on Sunday, announcing LSU, Ohio State, Clemson, and Oklahoma for the four spots in this year’s semifinals. 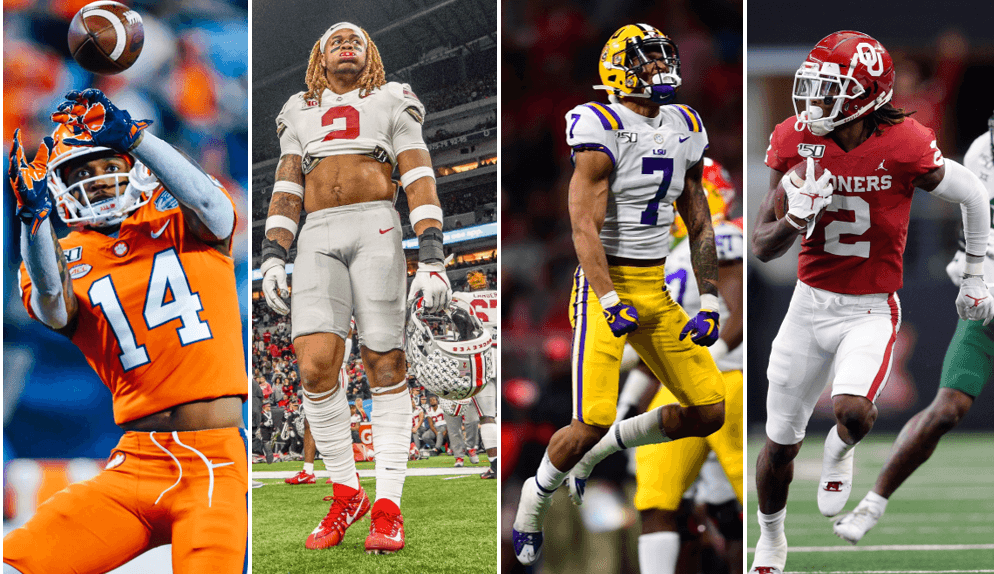 Those four squads will play in three weeks for spots in the championship. LSU, the committee’s top seed, will play Oklahoma in the Peach Bowl. Ohio State, the No. 2 seed, and defending national champion Clemson will clash in the Fiesta Bowl. Both games will take place on Dec. 28.

Oddsmakers released their opening lines on the games just moments after the announcement, and then the lines started moving quickly.

Interestingly, as the spread widened, the moneyline shortened at DraftKings. LSU started at -385 before moving to -375. Oklahoma, led by former Alabama quarterback Jalen Hurts, saw its odds shorten slightly from +290 to +285. At Caesars, the moneyline is -440 for LSU and +350 for Oklahoma.

With the two teams featuring prolific offenses, the sportsbooks expect a high-scoring affair. DraftKings has the over/under at 75.5, and Caesars set it at 76.

The Tigers were the committee’s No. 2 team in last week’s ratings, but they dominated then-No. 4 Georgia 37-10 in Saturday’s SEC Championship game. That game was held at Atlanta’s Mercedes-Benz Stadium, which will also host the Peach Bowl.

The lines moved on Clemson-Ohio State in short time after the reveal. DraftKings initially posted Clemson as a 1.5-point favorite, and then the initial action bumped the Tigers spread up to 2.5 points.

At Caesars, the line moved the other way. Clemson started out as a 2-point favorites there before the spread dropped by a half-point.

Clemson routed Virginia 62-17 in the ACC title game Saturday. Ohio State, which was the committee’s top-ranked team last week, beat No. 8 Wisconsin 34-21, but had to rally from a 21-7 halftime deficit to do so.

Buckeyes coach Ryan Day knows quarterback Trevor Lawrence and his Clemson teammates will be a challenge for his team when they meet at State Farm Stadium in Glendale, Ariz. It’ll be up to a defense led by Chase Young, perhaps the best player in college, to end the Tigers winning streak at 28 games.

With the field now set, oddsmakers also updated the odds for the four teams left in the running for the college football playoff title.