The New Macau Gaming Staff Rights Association, a labor group representing workers at the peninsula’s casinos, is planning a Thursday, Jan. 2 march aimed at pressing operators there to deliver increased pay and better working conditions, including more time off. 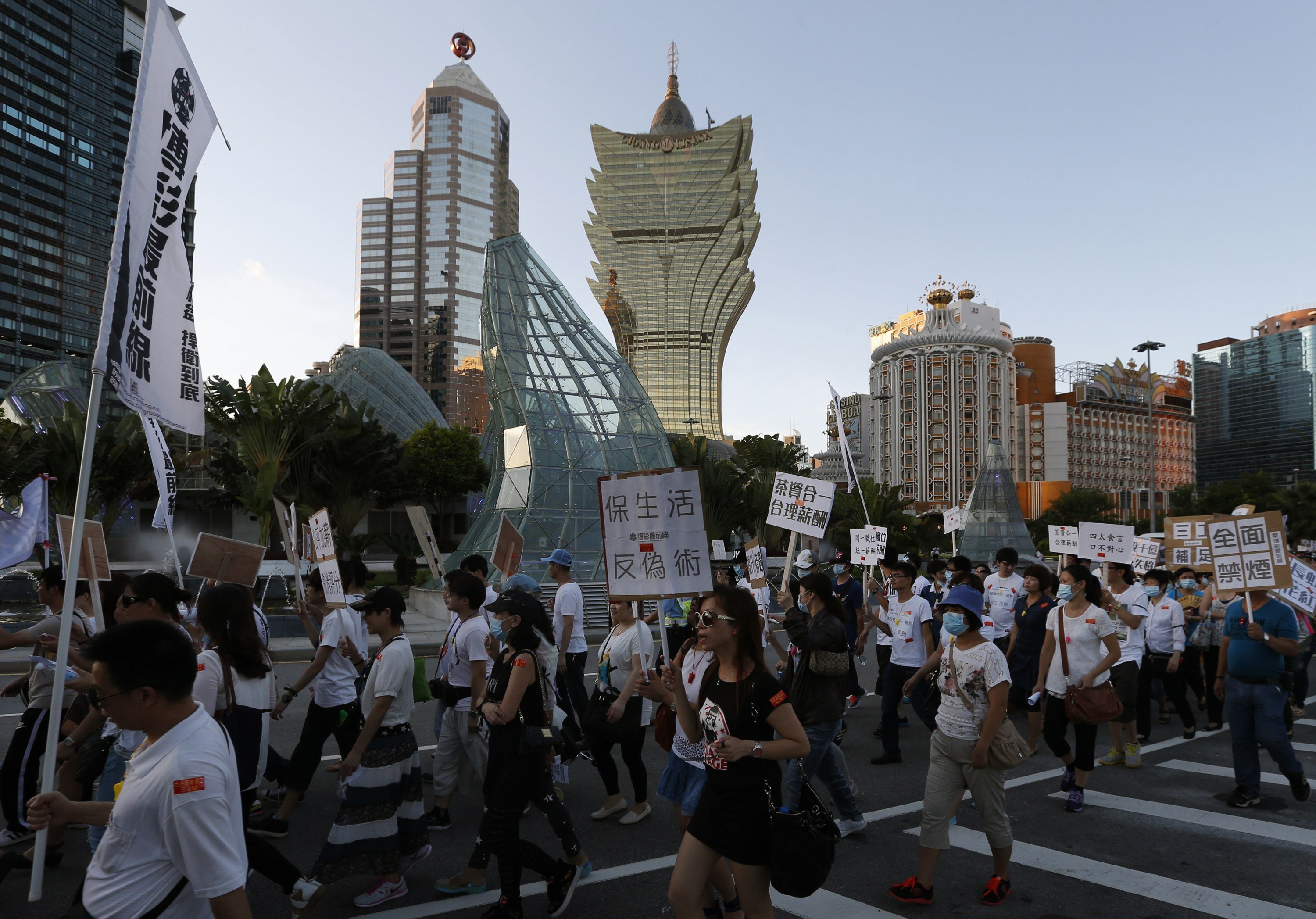 Last month, the New Macau Gaming Staff Rights Association pushed the Special Administrative Region’s (SAR) six license holders to boost casino workers’ compensation by at least five percent, but this week’s rally extends beyond the call for higher wages, extending into the matter of what the labor group believes are onerous scheduling policies.

Many gaming workers are shift workers, and the existing holiday plan provided to them is too short,” said New Macau Gaming Staff Rights Association leader Cloee Chao in an interview with GGR Asia.

The group is demanding a mandatory 22-day time off policy, which is well in excess of Macau’s current requirement. Labor law on the SAR mandates that workers are afforded at least one day off per week, 10 holidays per year and six vacation days after a year of working for a single employer.

The march will take place less than two weeks after Ho lat Seng was sworn in as Macau’s newest chief executive.

Ho’s appointment, revealed earlier this year, drew some criticism from geopolitical experts, with some calling him a “puppet” of the regime in Beijing. Critics added that the new Macau leader has two core constituencies: China’s communist party and the six gaming companies operating on the peninsula.

He said he will give gaming employees even better benefits than what were asked for,” said Chao earlier this year. “I really hope he can achieve it.”

There’s some incentive for the SAR’s concessionaires to work with staffers on the pay and time off issues. Amid a slump in VIP turnover, 2019 was rough in terms of gross gaming revenue (GGR) on the peninsula and with many analysts forecasting a rebound in the second half of 2020, companies may not want to disrupt those prospects with potential labor strife.

The New Macau Gaming Staff Rights Association is calling for a five percent wage hike as well as bonuses equal to two months of workers’ salaries. Whether those demands are met remains to be seen, but the group has previously notched victories in prodding bonuses out of operators.

For example, Sands China, the Macau operating unit of Las Vegas Sands, in July revealed a bonus scheme equivalent to a month of salary capped at around $6,200. That plan applied to employees that had one year of continuous service as of Aug. 30.

Operators there often reveal winter bonuses in January, so those announcements for 2019 could be coming over the next several weeks.