Macau’s casinos are on heightened alert following an outbreak of viral pneumonia in Wuhan, the capital city of Hubei province in central China. 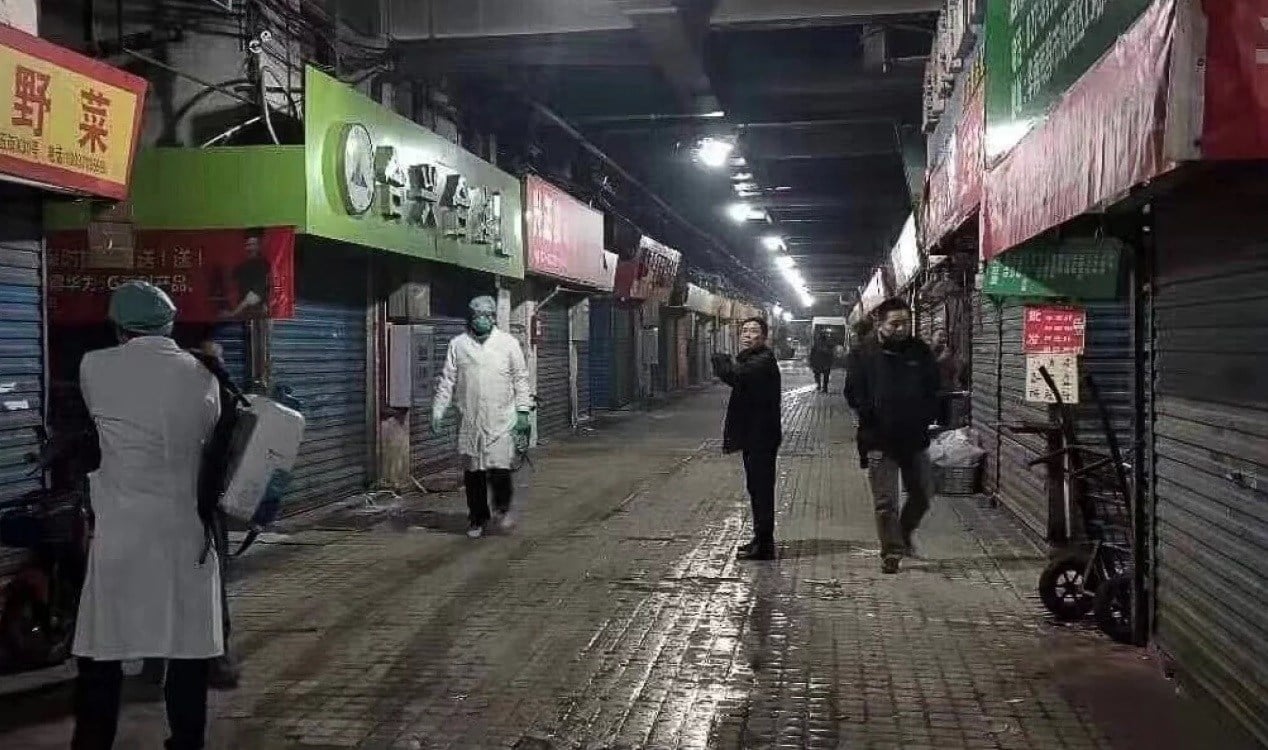 Wuhan’s fish market, believed to be the source of the outbreak, has been closed for sanitation since January 1. (Image: South China Morning Post)

With several direct flights from Wuhan to Macau each day, the casino hub’s health bureau is taking no chances. Officials have directed casinos to adopt preventative measures, which includes installing “temperature-screening devices” at entrances to properties to check the body temperatures of customers.

Health officials in Wuhan reported Sunday that around 60 people had been diagnosed with the mystery virus, which has been described as an unknown form of pneumonia. The outbreak has been linked to the city’s seafood market, which was shuttered for disinfection on January 1.

Those infected – some of whom ran stalls at the market – have been quarantined but are said to be in a critical condition.

On Sunday, officials in Hong Kong reported that the fever had spread there, with 17 suspected cases reported among individuals who had recently returned to the city from Wuhan.

The outbreak coincides with a busy visitation period for the gambling hub. Both Macau and Hong Kong are former European colonies where Christmas is widely celebrated, which is a draw for Chinese mainlanders.

But tourists are swerving Hong Kong because of ongoing social tensions there. The South China Morning Post reports that Macau welcomed more mainland visitors over the Christmas and New Year period than Hong Kong for the first time ever.

According to Tunui, a major Chinese travel agency, visitation to Macau was up by 60 percent in 2019, compared with the corresponding period of the previous year.

Macau’s health bureau has said it is increasing checks at the enclave’s borders – especially at Macau International Airport. It also urged casinos to talk to staff or customers exhibiting signs of fever about whether they had visited Wuhan in the past 14 days. Those that had should be sent to hospital immediately, the health bureau warned.

Despite the seriousness of the outbreak, Chinese health officials have ruled out the possibility that this could be a re-emergence of SARS (severe acute respiratory syndrome). This was the airborne virus that resulted in the deaths of over 700 people in late 2002 and 2003, mainly in China’s Guandong Province and Hong Kong.

While there were very few cases of SARS reported in Macau, its proximity to Guandong and Hong Kong was enough to deliver a serious dent to tourism numbers. At the time, the enclave had begun to open itself up to international operators and the Wynn Macau and Sands Macao were in the early stages of development.

Macau’s gaming and hospitality industry be benefiting from the political upheaval across the Pearl River Delta, but an outbreak of the mystery illness would swiftly put paid to recent gains.