Two Russian contenders will be favored to pick up high-profile victories in front of a home crowd on Saturday, when UFC Fight Night 163 takes place in Moscow. 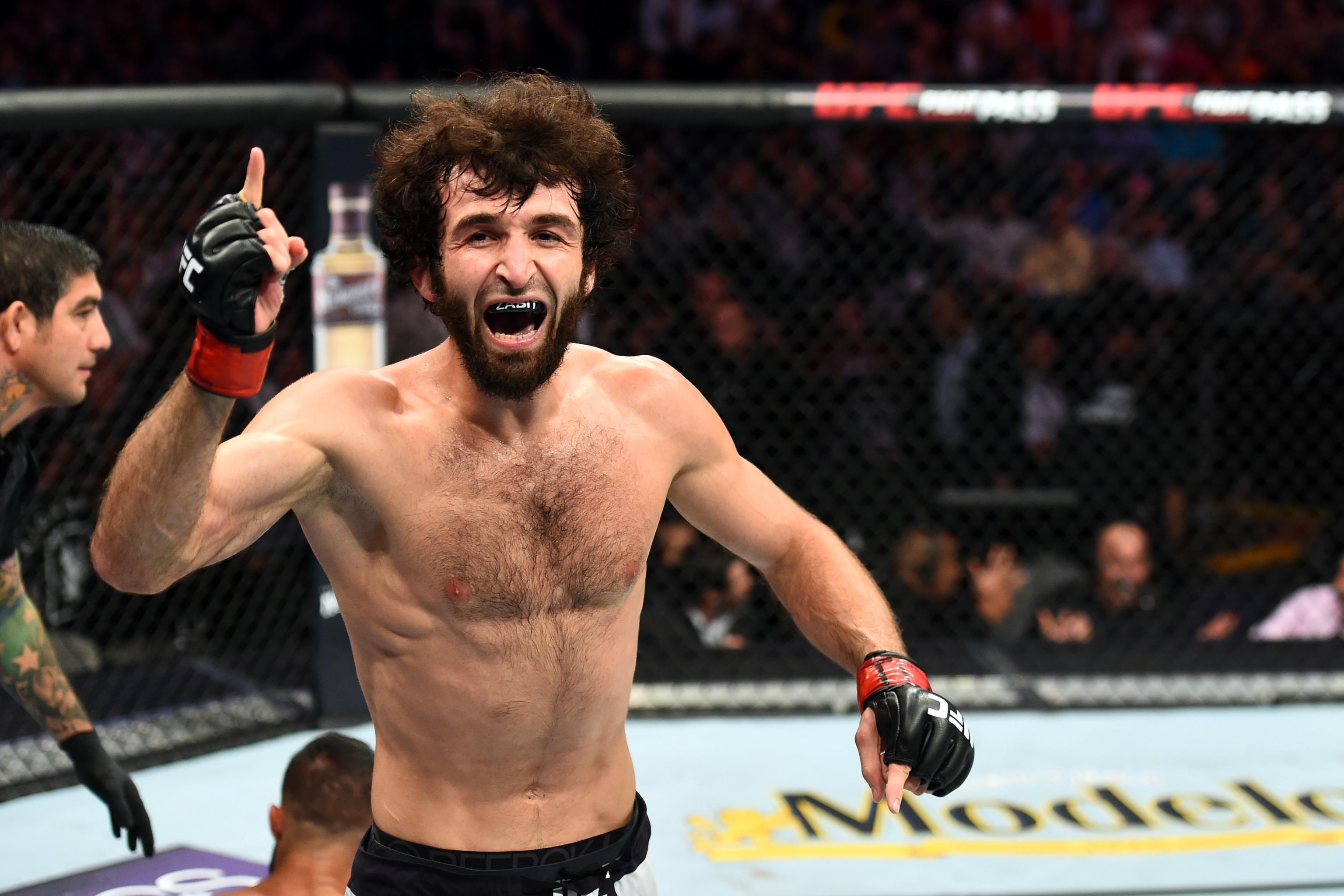 Zabit Magomedsharipov will fight in front of a home crowd vs. Calvin Kattar in the main event of UFC Fight Night 163 in Moscow. (Image: Josh Hedges/Zuffa/Getty)

Magomedsharipov and Kattar were expected to fight three weeks ago at a UFC show in Boston. But that fight was called off after the Russian apparently came down with a blood illness.

That meant that Kattar (20-3) was no longer able to fight in front of his friends and family in the United States. Still, he says he was happy to agree to go to Russia to take on the same opponent just three weeks later.

The fight will also be three rounds, rather than the five that are typically contested even for non-title main events. But the original fight was scheduled for just three frames, and Kattar says that Magomedsharipov (17-1) requested that it stay that way.

While Kattar is projecting confidence about the fight, Magomedsharipov is a deserving favorite and is the more well-rounded fighter. Kattar’s best chance will be to keep the fight on its feet and use his excellent boxing abilities, as Magomedsharipov is likely to have a big advantage in the clinch or on the ground.

It’s possible that Saturday’s co-main event may overshadow the actual headliner. Hardy (5-1) has been dominant in the Octagon for the most part since joining the UFC, but has had to deal with a number of issues that have halted his rise: an illegal strike that cost him one match, and then an October no-contest after he illegally used an inhaler between rounds.

Even when Hardy has looked great, however, it has been against lower-level UFC competition. That makes his decision risky to step in on short notice to face Volkov (30-7), the No. 7 contender in the UFC heavyweight division, to say the least.

For Volkov, on the other hand, this is a fight he can’t lose. He was originally set to fight Junior dos Santos in the main event. But the card had to be reshuffled after the Brazilian suffered an infection that left him unable to fight. Now, he gets a fight that will draw plenty of eyeballs, but which is against an unheralded opponent he is widely expected to have his way with.

“I didn’t know a lot about Hardy and never saw him fight,” Volkov told UFC.com. “It does not matter for me who would be the guy to replace Dos Santos – all I wanted was to remain on the Moscow show.”

Also on the UFC Fight Night 163 card, welterweight Zelim Imadaev (-225) should get his first real test against Danny Roberts (+175), while Khadis Ibragimov (-155) takes on Ed Herman (+125) in a light heavyweight bout.