Casinos in the Philippine capital of Manila remained open on Monday, as the Taal volcano spewed clouds of ash in their general direction. But Manila’s airport — which feeds the casinos with a steady stream of Chinese gamblers — was closed, as some 500 flights canceled. Dozens of airplanes remained grounded, many covered in volcanic ash. 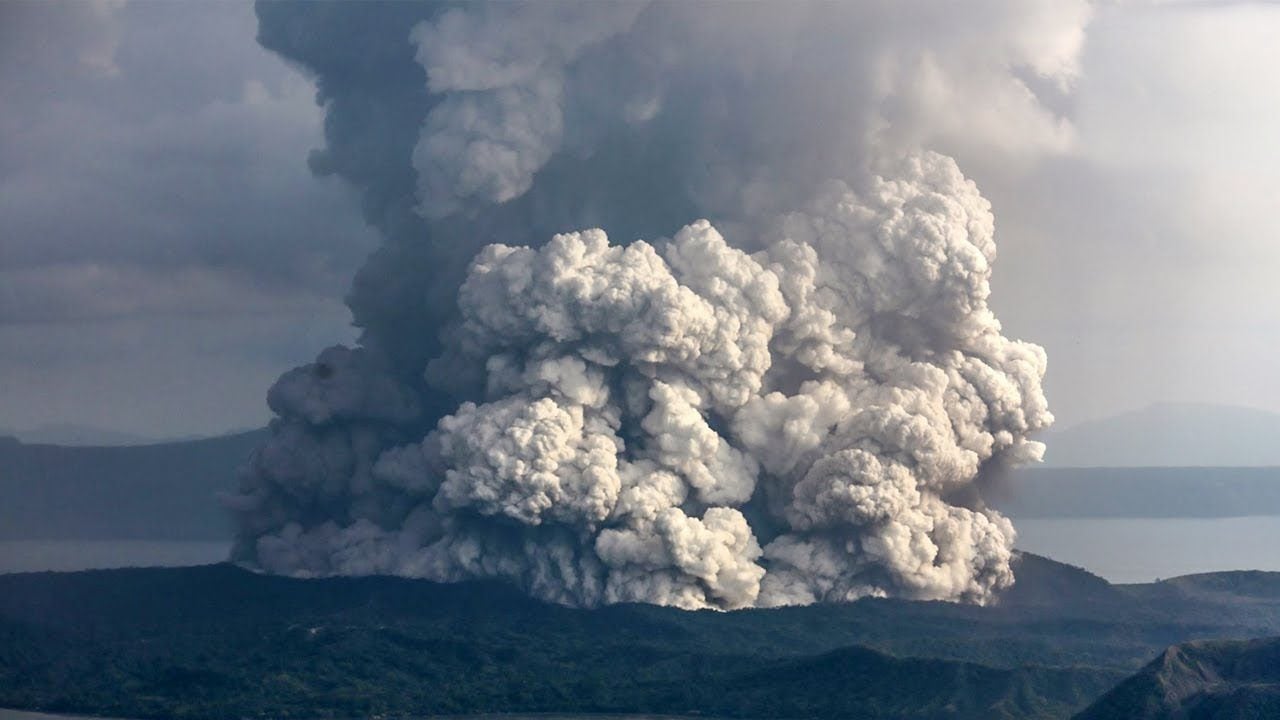 The Taal Volcano exploded into life on Sunday, spewing steam, ash, and rock up to nine miles high. (Image: YouTube)

As the crow flies, Taal lies around 45 miles south of Entertainment City, the special economic zone in Bay City, Metro Manila, where most of the country’s largest casinos are located. Entertainment City is just a few miles from the Ninoy Aquino International Airport.

By late Monday, aviation authorities said some planes might be permitted to take off once they had been cleaned, provided an easterly wind blowing ash away from the capital remained prevalent. No flights could land until stranded aircraft had flown out to free up space, the airport’s general manager told a press conference.

But the Philippines remains on high alert, as scientists warned that a “hazardous eruption” was imminent.

The restive volcano suddenly came to life on Sunday, shooting steam, ash, and rock up to nine miles into the air, as volcanic lightening flashed above its crater, according to the Philippine Institute of Volcanology and Seismology.

While there have been no reports of fatalities, around 13,000 local villagers have been moved to evacuation centers, according to Philippine authorities.

Taal sits on an island in the middle of Lake Taal in the Batangas Province. The Guardian reported that on Monday, lava spewing from the volcano’s vents was falling into the lake. Authorities have said it’s possible that further eruptions could trigger a tsunami in the lake.

“Taal is a very small volcano, but a dangerous volcano,” Renato Solidum, head of the Philippine Institute of Volcanology and Seismology, told Reuters. “It is unique because it is a volcano within a volcano.”

As of Monday, the institute had raised the danger level to four out of five, meaning that an explosive eruption could happen “within hours to days.”

Manila and its casinos are too far away to be threatened by lava flow from such an explosion. But northerly winds would certainly bring new clouds of ash, causing further disruption to the city and its airport.

It’s currently impossible to estimate the exact duration of any disruption. Taal’s activity could be expected to last for anything from a few days up to a worst-case scenario of several months.

Taal is the Philippines’ second-most active volcano, having erupted more than 30 times in the past 500 years. A 1911 eruption killed 1,500 people, while one in 1754 lasted for seven months.