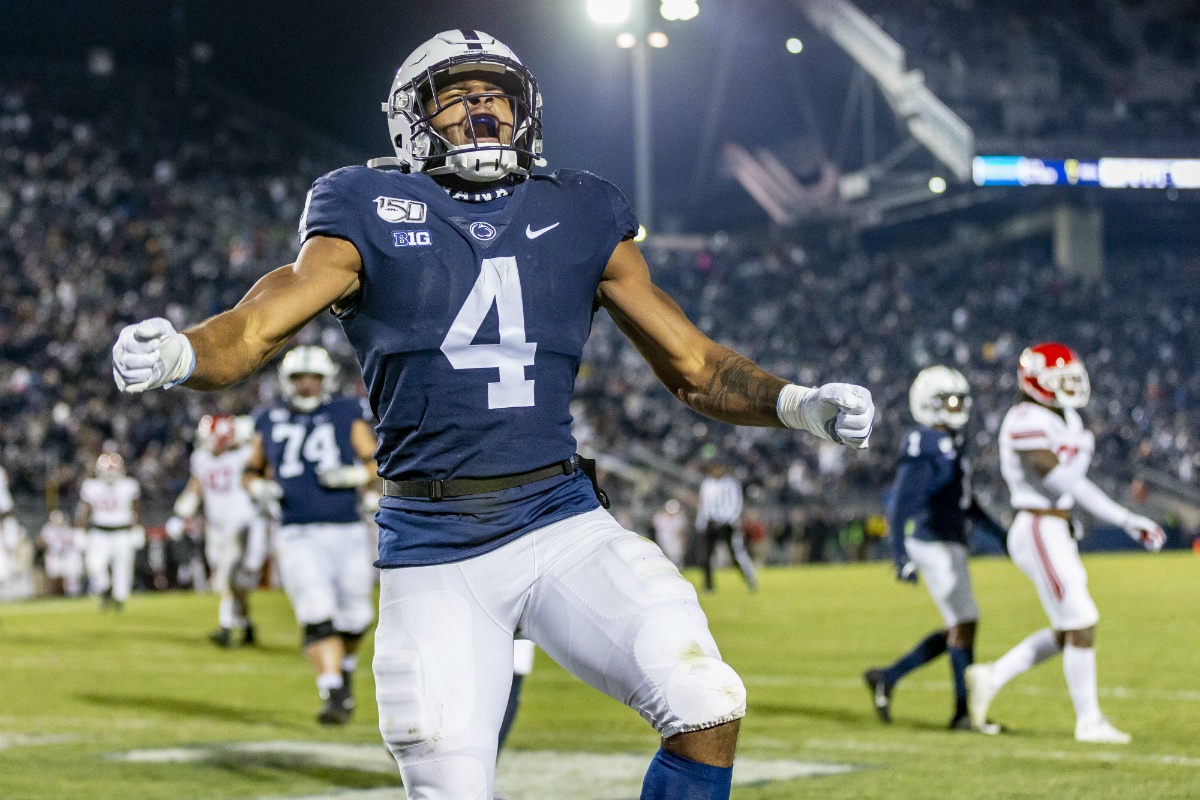 Penn State running back Journey Brown hopes to quiet Memphis’s effort to gain some respect for the Tigers and ACC in the Cotton Bowl. (Image: Joe Hermitt/Penn Live)

The Nittany Lions come from a “Power Five” football conference. The Tigers arrive in Texas as champions of the American Athletic Conference (AAC), where its Commissioner, Mike Aresco, has voiced frustration regarding a lack of conference appreciation in the College Football Playoff rankings.

Other than a two-point loss at Temple in October, Memphis has done everything in its power to make its case on the national stage. The team has three wins against Top 25 opponents, plus a non-conference win over Ole Miss – an SEC Power Five school.

Memphis will look for its second win in 2019 over a Power Five program against Penn State. But bettors aren’t too confident it will happen.

Penn State enters the Cotton Bowl with wins over two Top 25 schools. However, they gave No. 2 Ohio State one of its best challenges of the year, prompting bettors to like the Nittany Lions over the Tigers.

Penn State coach James Franklin knows Tennessee sports well, as he coached Vanderbilt in the SEC for three seasons between 2011-2013. The coach, who just signed a six-year extension to remain with the Nittany Lions through 2025, says Memphis has plenty to play for other than just a Cotton Bowl ring.

This is the biggest game in Memphis football history, in my opinion,” Franklin declared. “I think our guys have prepared well. But we better be ready for a dog fight.”

Memphis will be without its coach that led them to their 12-1 year. Mike Norvell accepted the same position at Florida State for the team’s AAC title. Just hours after the news, the Tigers named offensive line coach Ryan Silverfield interim head coach, and days later, permanent head coach.

“On the grand stage on Saturday, we come out and showcase what we’ve been able to accomplish. At the end of the day, this is what you want,” coach Silverfield told reporters.

“It doesn’t matter who our opponent is, where we play, when we play. It’s always going to be about ourselves, focus on ourselves,” he added.

The 2019 Cotton Bowl marks Memphis’ first appearance in a New Year’s Six bowl. It will be Penn State’s 23rd appearance in one of the six major bowls (Rose, Orange, Sugar, Fiesta, Peach, and Cotton).