Shares of MGM Resorts International (NYSE:MGM) are lower by about five percent in midday trading Thursday. That follows an eventful Wednesday afternoon in which the company announced the resignation of Chairman and CEO Jim Murren, disappointing fourth-quarter results, and the withdrawal of financial guidance for this year. 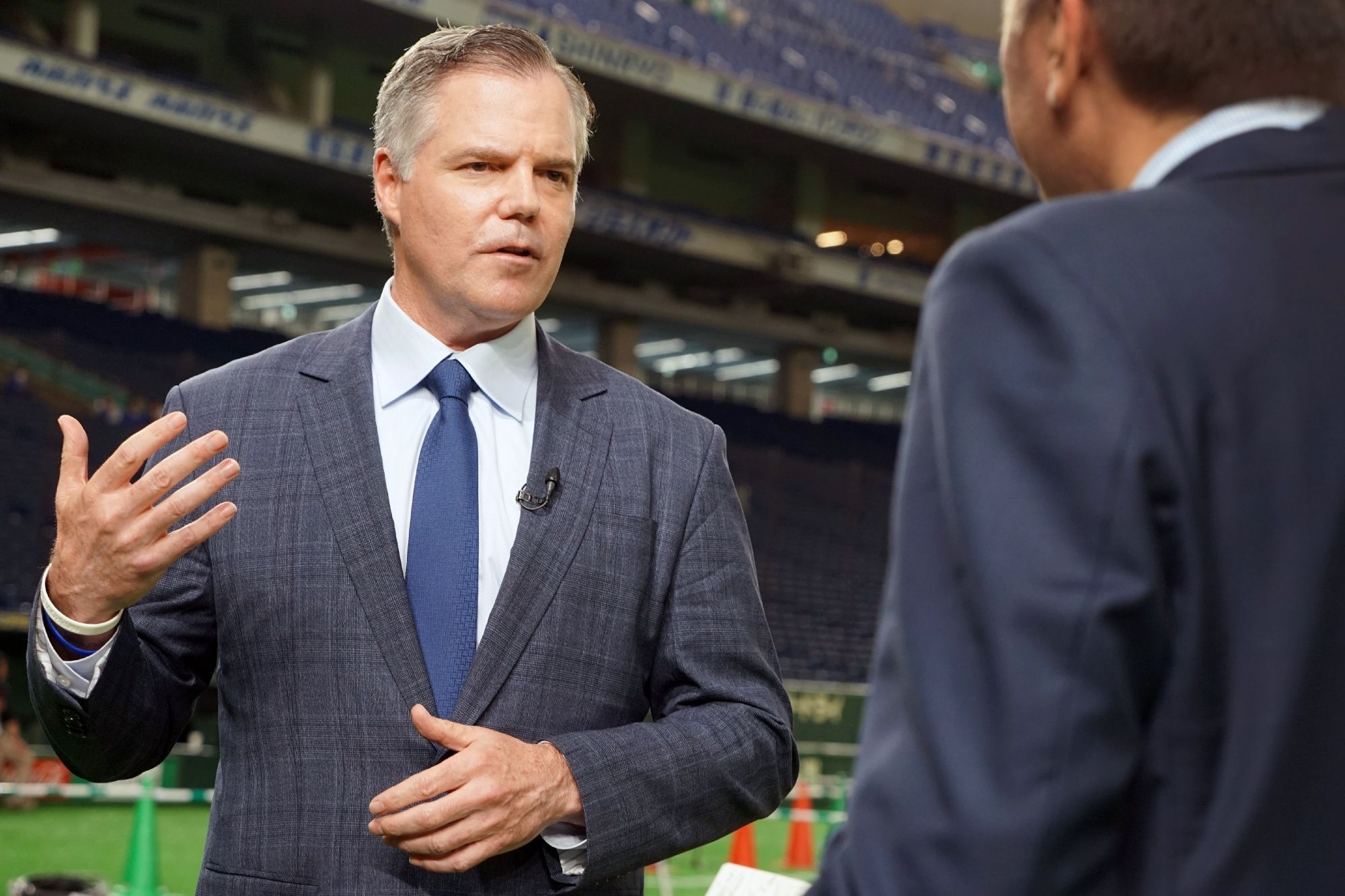 News of Murren’s departure stunned analysts and the gaming industry alike. He joined the company in 1998, rising to the top spot in 2008 while orchestrating MGM’s ascent as the largest operator on the Las Vegas Strip. Murren, 58, also played a pivotal role in bringing the first professional sports franchise to the city – the Vegas Golden Knights.

He pledged to stay on until a successor is found. But analysts and investors were surprised by the announcement because Murren’s current contract ends on Dec. 31, 2021, meaning he’s leaving before that agreement expires. At least one analyst covering MGM sees change at the helm as potentially luring some investors back to the stock, but acknowledges the news could be a near-term hurdle, too.

The unexpected announcement of long-time CEO Jim Murren’s departure,has the potential to overhang the story in the near-term,” said Stifel analyst Steven Wieczynski in a note provided to Casino.org.

For the last three months of 2019, MGM said it earned eight cents a share on revenue of $3.185 billion, well below Wall Street estimates of 24 cents on turnover of $3.208 billion.

As is the case with rivals such as Las Vegas Sands (NYSE:LVS) and Wynn Resorts (NASDAQ:WYNN), MGM is being hampered by the closure of casinos in Macau because of the new coronavirus from China (COVID-19). The company’s China unit operates the MGM Macau and MGM Cotai in the world’s largest gaming center, and said it’s losing $1.5 million per day while those venues are shuttered, though that’s less bad than the roughly $2.5 million daily loss Wynn said it’s incurring.

In the US, Wieczynski noted that with the exception of the Borgata in Atlantic City, N.J. and its Mississippi properties, MGM’s regional portfolio disappointed in the fourth quarter. Additionally, the analyst isn’t enthusiastic about the operator reducing its real estate holdings.

“We continue to have a philosophical difference of opinion regarding management’s decision to sell its most valuable assets, its Strip real estate,” said Wieczynski. “Although this financial engineering decision could appear compelling in light of the strong current macroeconomic backdrop, we believe it elevates the long-term risk associated with owning the shares, a view that we do not believe is lost on investors.”

Sales of the Bellagio, Circus Circus, MGM Grand, and Mandalay Bay netted the operator $8.2 billion in cash, helping it retire $3.1 billion in debt during the final three months of 2019. The company also announced a $3 billion share repurchase program and a 15 percent dividend hike.

Cash from asset sales could also be used to fund MGM’s plan to bring an integrated resort to Osaka, Japan, an effort Murren says he will remain involved with.

The company has also been making a slew of moves to bolster its presence in the rapidly growing US sports betting market. But President Bill Hornbuckle acknowledged on Wednesday’s conference call that it could be 2025 before that’s a profitable business for the company.

In his note, Wieczynski scoffed, saying “don’t talk to us about sports betting.” And if it’s a gaming company that’s returning capital to shareholders investors are looking for, the analyst sees better ideas out there.

“Although management has stuck to its word by accelerating direct returns of capital to shareholders, we believe there are cleaner, more lucrative return-of-capital plays in the destination operator space today, notably LVS,” he said.