Jan. 22, 2020 will go down as an historic date in NFL lore, because that’s the day the Raiders officially became the league’s first franchise in Las Vegas. 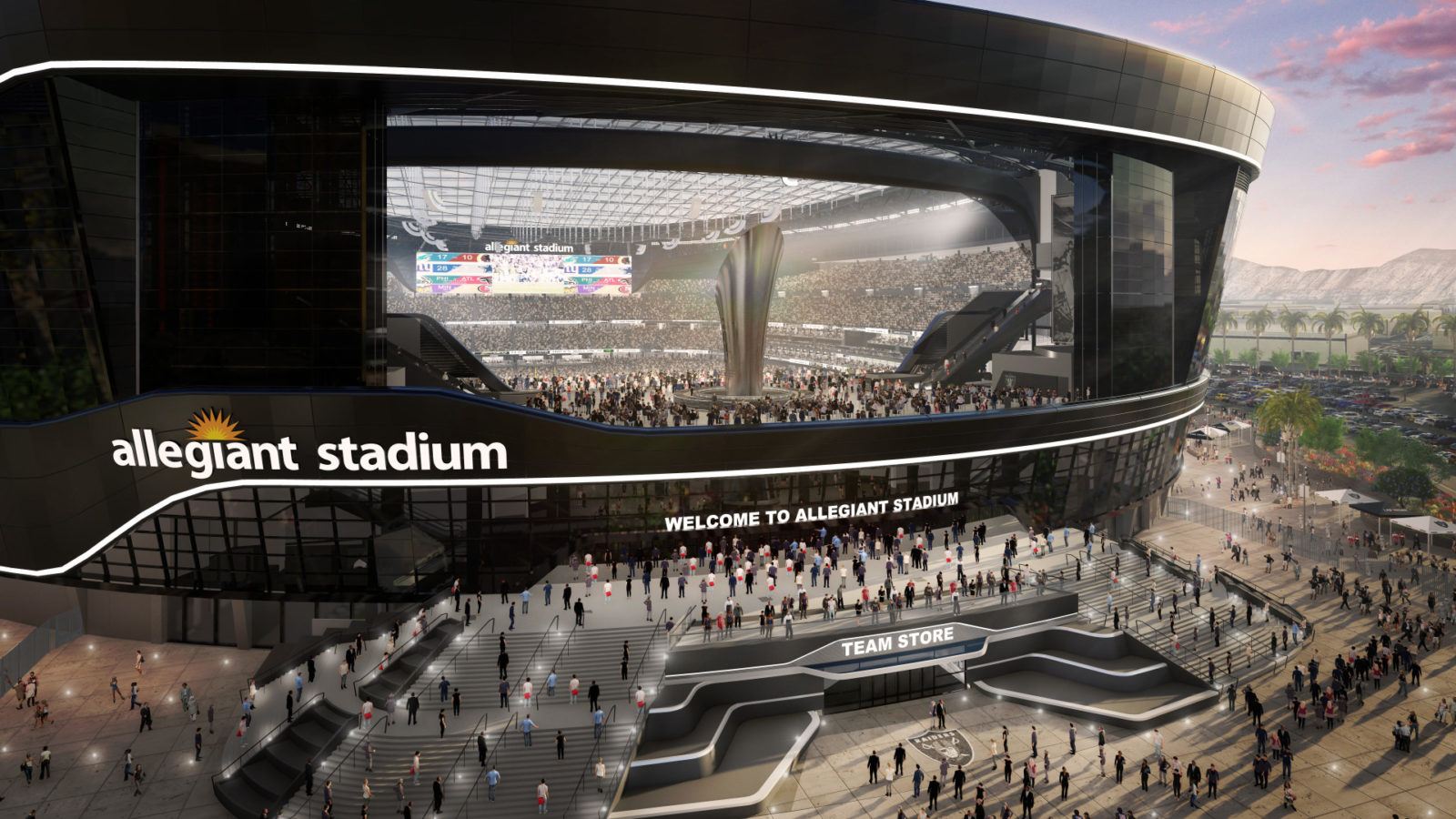 After being the Las Vegas Raiders for just a day, the franchise quickly found an official gaming partner with MGM Resorts International, the two sides announcing the deal today. MGM, the largest operator on the Strip, will also be a founding partner of Allegiant Stadium, home turf for the Raiders. Financial terms of the agreement weren’t disclosed.

As An Official Partner of the Las Vegas Raiders, MGM Resorts will have prominent signage throughout Allegiant Stadium year-round, including in-stadium branding and naming rights to the west VIP entry and drop-off zone,” according to a statement issued by the team and the gaming company.

News of the pact with the Raiders caps a busy week for MGM on the Las Vegas football front. On Tuesday, the day before the team’s move to Sin City became official, the NFL pitched plans to the Clark County Commission for the 2020 Draft, including holding the first round on the famous fountains at MGM’s Bellagio. The commission voted unanimously in favor of the proposal.

Not the First Partnership

The second Raiders accord with MGM isn’t the first of its kind the team has entered into. Last October, California’s San Manuel Band of Mission Indians was announced as a partner for Allegiant Stadium. However, MGM’s agreement with the team and the stadium is deeper and has wider implications.

“The partnership features entitlement of the MGM Club at Allegiant Stadium, an ultra-exclusive experience with a full-service premium bar, luxury lounge, and upgraded stadium seating for game viewing,” according to the statement.

The gaming company also gains rights to be the official home of the Raiders pre- and post-game festivities. MGM didn’t say at which of its properties those events will be held. Its Las Vegas portfolio of gaming venues and hotels includes Bellagio, Excalibur, MGM Grand, and the Mirage, as well as T Mobile Arena.

With the agreement to have MGM branding at Allegiant Stadium stadium on a year-round basis, the gaming operator gains marketing and visibility opportunities extending well beyond NFL games.

AEG, the company operating the stadium, is hoping to host 46 events there per year, and just 16 of those affairs will be Raiders and UNLV football tilts. AEG is positioning the field as a destination for marquee neutral site college football games, and it will host the Pac-12 championship this year and in 2021, as well as a revamped Las Vegas Bowl.

Last year, officials from the NCAA visited the stadium construction to assess the venue as a future host for the Final Four. More recently, NFL Commissioner Roger Goodell toured the facility and proclaimed Las Vegas to be a “Super Bowl city.”

The earliest Nevada’s biggest metropolitan area could host the NFL’s premier showdown is 2025. The $2 billion, 65,000-seat Allegiant Stadium will be ready for the start of the 2020 football season.