Billionaires Michael Bloomberg and Tom Steyer have collectively spent more than $200 million on their 2020 presidential campaigns to date. And this is only the Democratic primary. 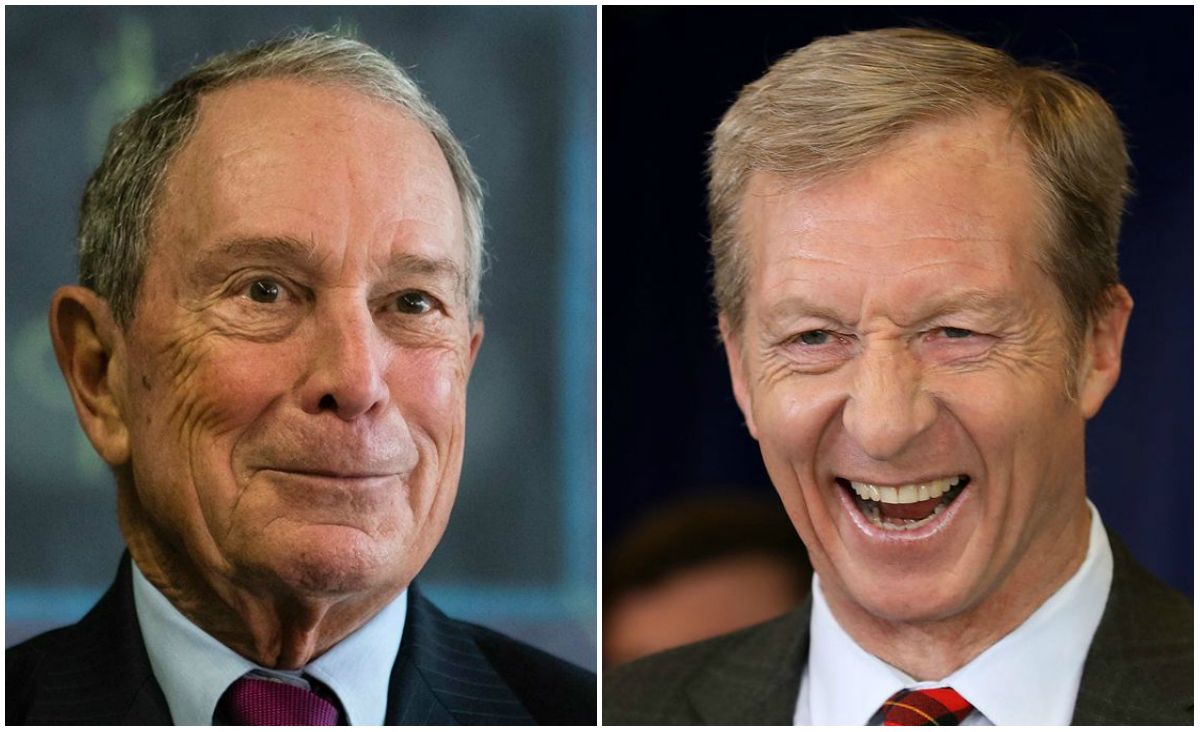 Bloomberg, the former New York City mayor, has spent an unprecedented $120 million of his own fortune to blitz televisions across the country with campaign spots advertising his qualifications to take on President Donald Trump next November. Steyer, whose Farallon Capital hedge fund made him a billionaire, has purchased $83 million worth of advertisements with his own money to do the same.

Their spending this year is more than double the rest of the Democratic field in 2019.

We’ve never seen spending like this in a presidential race,” Republican strategist Jim McLaughlin, who worked as a consultant for Bloomberg’s mayoral bids in New York, told Politico. “He has a limitless budget.”

While they both share the title “billionaire,” Bloomberg and Steyer have drastically different fortunes. According to Forbes, they’re respectively worth $56.1 billion and $1.6 billion – making them the No. 8 and No. 1,425 richest individuals in the world.

Despite their heavy spending, Bloomberg and Steyer aren’t resonating with Democrats.

As for winning the 2020 US presidential election, Trump shares are at 47 cents. Former VP Joe Biden – the Democratic front-runner – is next at 24 cents, and Vermont Senator Bernie Sanders third at 14 cents.

Bloomberg is a distant five cents, and Steyer isn’t even listed.

However, Bloomberg will defend his spending by pointing to rising poll numbers. A month ago, his RCP average was just two percent. “For someone who’s come in as late as he did in the game, he’s doing impressively well,” explained Kate Franch, chair of the Greenville Democratic Party in South Carolina.

But on PredictIt, where bettors are risking money on who they think will win compared to polls where respondents say who they will be voting for, bettors have actually pushed Bloomberg’s shares lower over the last month. Thirty days ago, Bloomberg’s shares of taking the Democratic ticket were at 11 cents.

The president, also a billionaire – Forbes estimating his net worth currently at $3.1 billion, making him the No. 275th-richest person in the world – contributed about $66 million of his own wealth to his 2016 bid. He also utilized his own private jet to move across the country campaigning, and held rallies free of charge at his own resorts and hotels.

Adelson and his wife Miriam gave a combined $82.58 million during the 2016 election cycle, all but $40,000 to Republican candidates.