Michigan’s House of Representatives passed a gambling expansion package Wednesday that would legalize sports betting, online gaming, and daily fantasy sports. But while there is an appetite in the legislature to legalize these forms of games, Michigan’s Democratic Governor Gretchen Whitmer is going to need convincing. 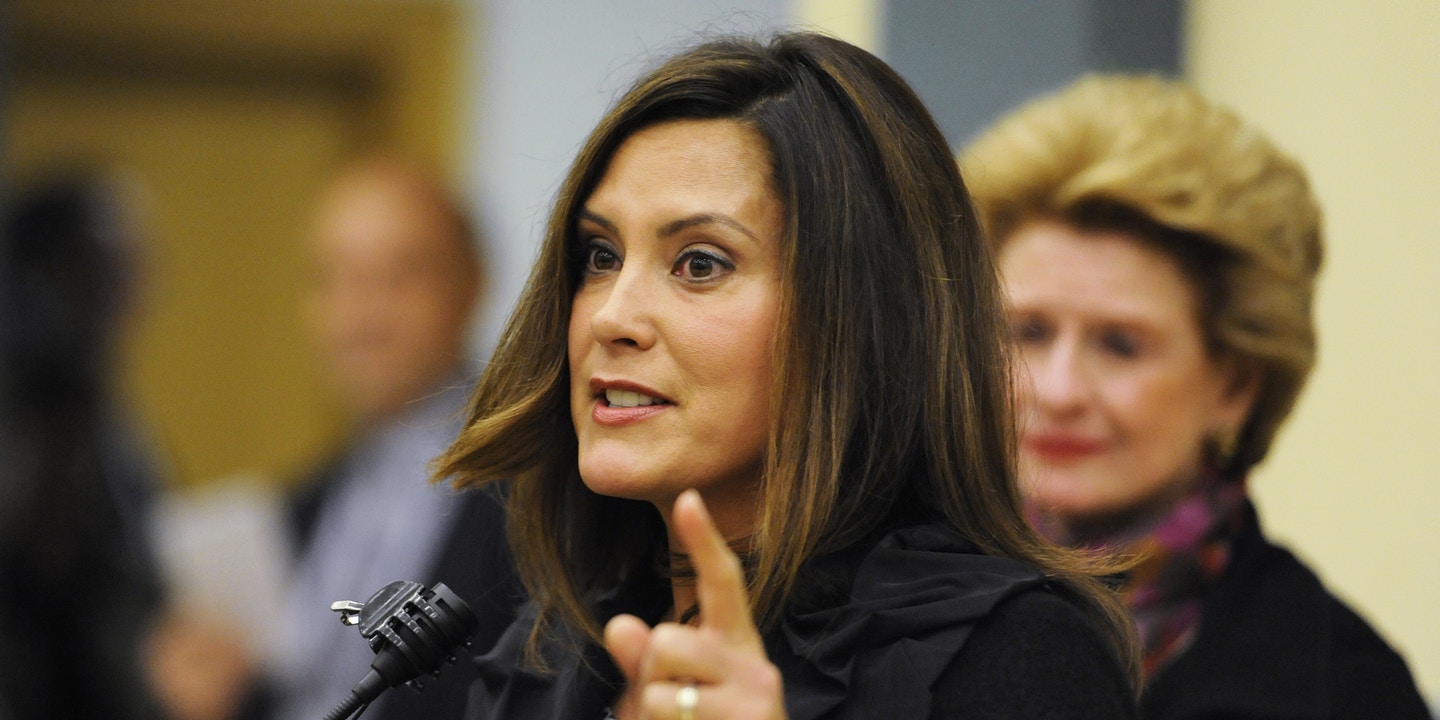 Governor Gretchen Whitmer is no fan of sports betting or online gaming, and could move to veto the bill if it’s approved by the Senate. (Image: The Intercept)

Whitmer vetoed an online gaming bill passed by lawmakers last year, just as her predecessor, Rick Snyder, unexpectedly vetoed another one a year prior.

Whitmer is concerned that legalizing sports betting and online gaming will cannibalize existing online lottery revenue, which supports the state’s School Aid fund. It’s a theory that hasn’t been born out in  comparable states, like New Jersey.

Nevertheless, the latest word from the governor’s office is that Whitmer has not changed her stance.

“We continue to have revenue concerns regarding the bills’ negative impacts on the School Aid Fund,” Tiffany Brown, spokeswoman for Whitmer, told The Detroit Free Press Wednesday. “The administration has taken every meeting we’ve been invited to regarding this legislation, and will continue to work closely with the bill sponsor, tribal leadership, and stakeholders to attempt to address our concerns.”

Whitmer has said she is prepared to consider sports betting and online gaming if Representative Brandt Iden (R-61st), the lead sponsor behind the bills, significantly raises taxes for operators.

But Iden’s legislation is necessarily operator-friendly because he has had to unite the state’s disparate stakeholders behind it. This includes the state’s 23 tribal casinos, which are naturally suspicious of commercial gambling expansion.

Iden increased the tax rate slightly, to 8.75 percent on gross gaming revenues, but not enough for Whitmer, who has endorsed a report that recommended 15 percent.

The tax rate went north. We got her more than half of what she asked for on both [internet gambling and sports betting],” Iden told The Detroit News. “The money was directed to the school aid fund. My directive, from what I had always heard, was ‘protect the school aid fund.’ I believe that these bills did that. So it’s very confusing to me when the governor says they’re not in support.”

Iden complained to The Detroit Free Press that he was disappointed the governor had made no attempt to engage with the committee on sports betting in recent months.

“We’ve been working on this for 10 months and time and again we’ve offered the governor an opportunity to provide feedback and she told us she was too busy to engage with us,” he said.

“We had the votes today and we wanted to move the package forward … And you know what they say in the old adage, ‘The House always wins,’” he added.

Iden believes that sports betting would generate up to $30 million in revenues for the state per year, based on an estimated betting market worth $225 million.