Michigan sports betting will begin operations next week, but only the three brick-and-mortar casinos in Detroit will initially be taking wagers. 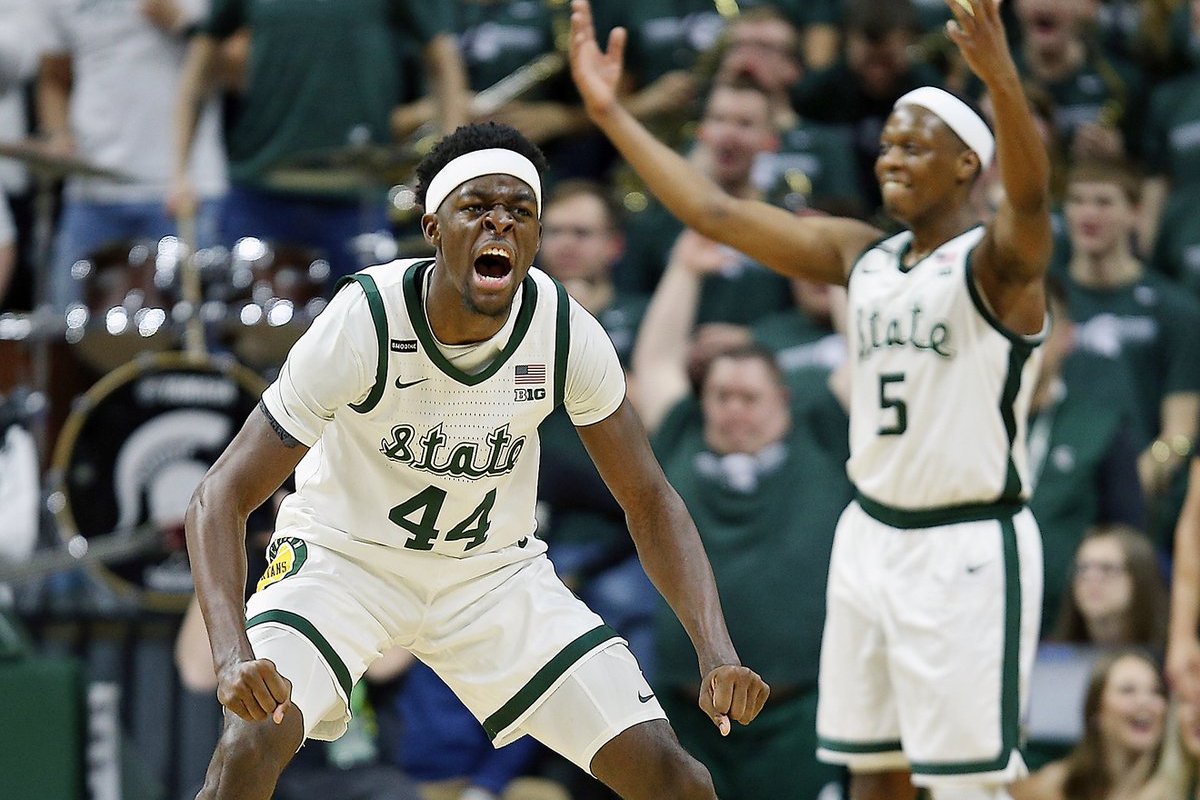 The Michigan State Spartans plan to make a deep run into the NCAA tourney, and with Michigan sports betting starting next week, fans can put money on their hopes and dreams of cutting down nets. (Image: Mike Mulholland/MLive)

The Michigan Gaming Control Board (MGCB) announced Friday that beginning March 11 at 1 p.m. ET, land-based sportsbooks at MGM Grand Detroit, MotorCity, and Greektown can commence operations. Once the first wager is made, Michigan will become the 15th state to participate in legal, regulated sports betting.

The Great Lakes State is home to only the three commercial casinos in Detroit. However, there are more than 20 gaming venues operated by Native Americans, many of which have full-scale gaming, including slot machines and table games.

Michigan’s Lawful Sports Betting Act, signed into law by Gov. Gretchen Whitmer (D) in December, allows the tribal casinos to participate in sports betting so long as they apply for a sportsbook license and pay the appropriate amount of tax to the state.

Sports betting going live arrives just in time for the NCAA March Madness tournament. Both Michigan and Michigan State are expected to qualify for the men’s college basketball bonanza.

Each sportsbook permit will cost $100,000 and will be renewed at $50,000 annually. Gross gaming revenue (GGR) generated from sports betting will be taxed at 8.4 percent. That escalates for the Detroit casinos to an effective rate of 11.65 percent due to the city’s mandatory 3.25 percent revenue share on all forms of gambling.

The state estimates that sports betting, along with online gambling and daily fantasy sports – which the Lawful Sports Betting Act additionally legalized – will deliver the government $19 million each year in new tax money. However, that number won’t come close to being realized until internet operations go live.

Mobile online sports betting and gambling will remain offline until 2021. The MGCB said in January that more time is needed to finalize such regulations.

The agency must establish several sets of administrative rules, which pass through many levels of review,” MGCB spokesperson Mary Kay Bean explained. “The timing of implementation depends not only on our agency, but also on decisions other departments, agencies, and the legislature make along the way.”

Michigan joins its southern neighbor Indiana in authorizing sports betting. Regulations have also been passed in nearby Illinois, but operations aren’t yet active.

Detroit’s three casinos will benefit from being just a short commute across the Detroit River from Canada. The Windsor, Ontario, metro is home to roughly 350,000 people.

Ontario is more obsessed with American professional sports than any other Canadian province, as its capital city of Toronto is home to the MLB Blue Jays, NBA Raptors, NHL Senators, and MLS Toronto FC.

Earlier this week, a law to legalize single-game sports betting was introduced in the federal House of Commons. The legislation comes in response to both New York and Michigan legalizing the expanded gambling.

Canada presently only permits parlay betting – single wagers that are dependent on several games. Without a sportsbook, Caesars Windsor, which sits just across the Detroit River, will be at a competitive disadvantage.