No. 1 Michigan State is the Las Vegas consensus favorite to win the NCAA men’s basketball championship. 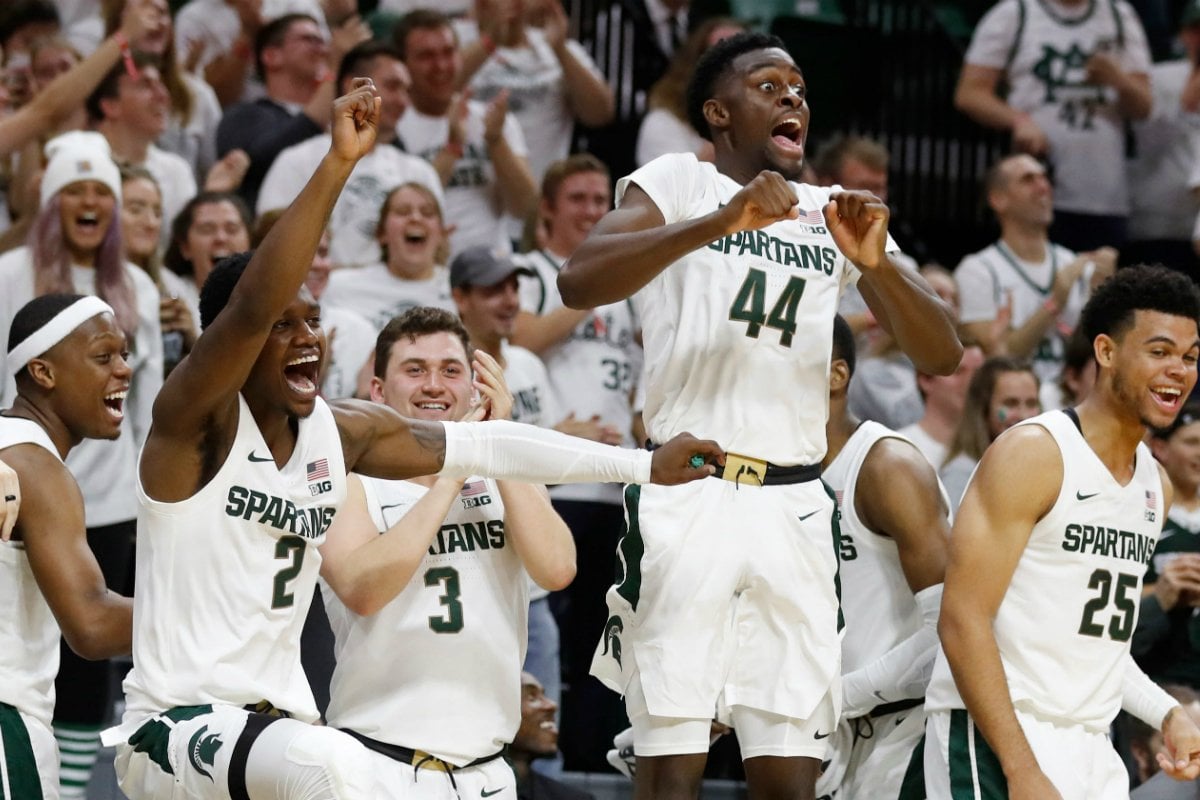 Unlike in college football, where the top-ranked teams often begin their seasons against inferior opponents, the hoops frontrunners are wasting no time in going head-to-head.

The top-ranked Spartans play No. 2 Kentucky tonight at 9:00 pm ET at Madison Square Garden in New York City. Michigan State is a small three-point favorite, with the over/under at 139.5 points.

This is so early in the season, I can’t predict what goes on,” Kentucky coach John Calipari stated. “I wish we didn’t play this game the first game of the year.”

“I’ve said it before. Why don’t we have a couple of games under our belt before we do this? But, you know, everybody agreed to do it,” the coach added.

Spartans coach Tom Izzo said, “What an opportunity for people. You’re going to play on some of the biggest stages and you’ve got the opportunity of a lifetime.”

Michigan State lost in the Final Four a season ago to Texas Tech.

The 2019-20 NCAA men’s basketball season hasn’t even tipped off, but there has been plenty of betting enthusiasm on the eventual winner of March Madness and the Final Four.

The casino operator says the most title money wagered has been on the Spartans. They’re followed by Kansas, Kentucky, Duke, Louisville, Memphis, and North Carolina.

Michigan State is heavily favored to win the Big Ten Conference. The Spartans open at +115. A $100 wager would net $115.

Unfortunately for the Spartan faithful living inside the Wolverine State, they can’t legally place a wager on their team’s outcome. That could soon change if lawmakers are able to sway Gov. Gretchen Whitmer’s (D) anti-gaming position.

In September, the Michigan House of Representatives passed a gaming expansion package that would legalize sports betting, online gambling, and daily fantasy sports. The legislation would tax sports betting revenue at 8.75 percent, plus a 3.25 percent tax earmarked for Detroit’s three commercial casinos.

Whitmer says the tax is far too low, and that the expansion will hurt the Michigan Lottery, which generates substantial tax money for the state’s education system.

We continue to have revenue concerns regarding the bill’s negative impacts on the School Aid Fund,” Whitmer spokesperson Tiffany Brown explained. “The administration has taken every meeting we’ve been invited to regarding this legislation, and will continue to work closely with the bill sponsor, tribal leadership, and stakeholders to attempt to address our concerns.”

For now, the closest legal sports betting jurisdiction for Michigan residents is Indiana.