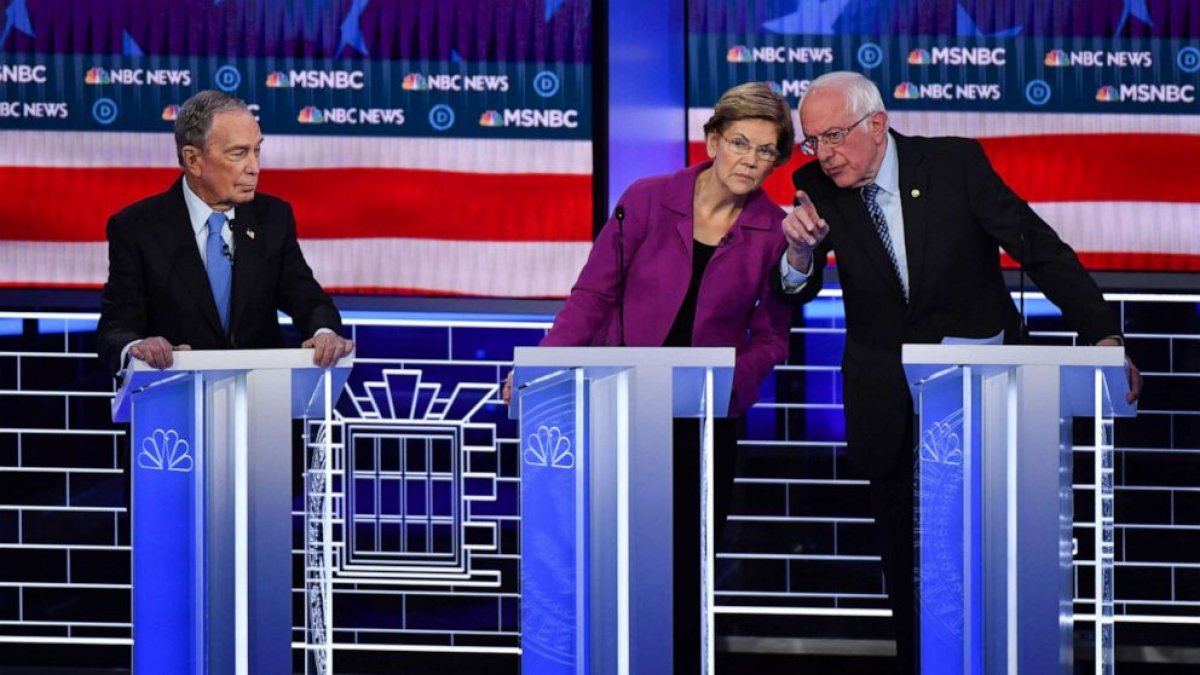 From the very onset of the debate at the Paris Theater, Bloomberg was on the defensive, repeatedly attacked by his Democratic opponents. It apparently worked in favor of the five others on stage, as the former New York City mayor’s odds of securing the party’s nomination for 2020 are plummeting.

On PredictIt, the online betting exchange that allows players to buy up to $850 worth of shares in a political event outcome, Bloomberg’s stock has gone from 32 cents prior to the debate, to 18 cents this afternoon. That’s a loss of nearly 44 percent.

“Bloomberg’s campaign, fueled by his immense personal wealth and media empire, caused him to reach an all-time high prior to the debate. However, he was attacked from all angles last night by the other candidates, resulting in him losing considerable market confidence, as his price halved overnight,” said Sarbjit Bakhshi, head of political markets for Smarkets.

Nevadans head to their voting places on Saturday for their state caucuses. Sanders, the heavy favorite to win the majority of the delegates in the Silver State, has PredictIt shares at 87 cents. Former South Bend, Indiana Mayor Pete Buttigieg is a distant second at eight cents.

Last night’s debate was a contentious battle among six Democrats, all who want to oust President Donald Trump from the White House. But it was Sanders who benefited the most.

Massachusetts Sen. Elizabeth Warren had one of the more memorable comments when she opined, “I’d like to talk about who we’re running against: a billionaire who calls women ‘fat broads’ and ‘horse-faced lesbians.’ And no, I’m not talking about Donald Trump. I’m talking about Mayor Bloomberg.”

Bloomberg attacked the Democratic front-runner, “I don’t think there’s any chance of the senator beating Donald Trump. The best known socialist in the country happens to be a millionaire with three houses!”

Sanders countered, “I work in Washington, house one. I live in Burlington, house two. And like thousands of Vermonters, I have a summer camp. Forgive me for that.”

As for the oddsmakers taking action on the 2020 Democratic outcome, William Hill has Sanders essentially at even money. Bloomberg is next at 5/2 (+250).

The President didn’t skip watching the Democratic debate, and sounded off with his opinions on Twitter.

Both Sanders and Warren reported increases in fundraising contributions following the debate. Warren’s campaign claims to have raised $2.8 million within hours of the debate ending, while Sanders’ camp said $2.7 million poured in.