A couple of NFC playoff contenders will square off in Seattle for Monday Night Football, as the Seahawks host the Minnesota Vikings. 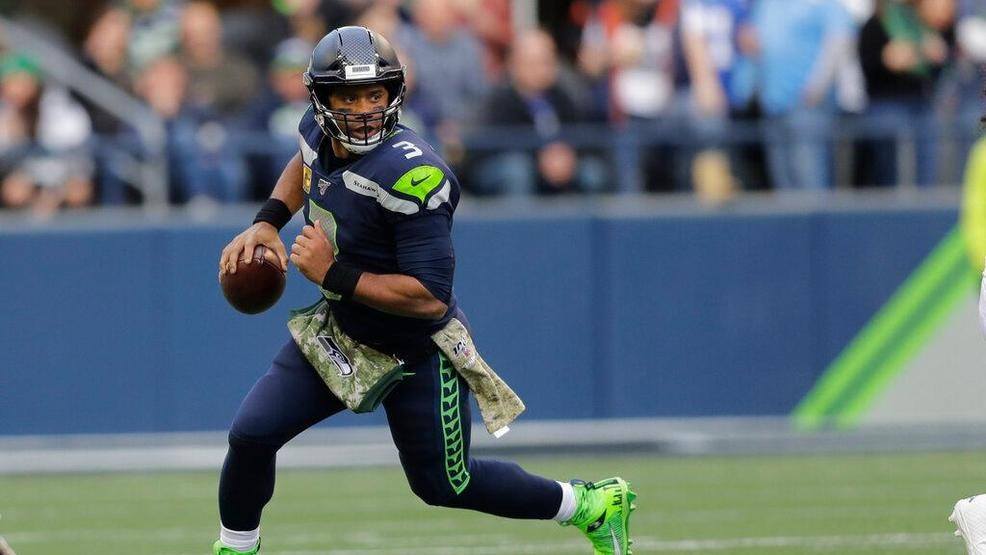 Seattle quarterback Russell Wilson and the rest of the Seahawks can move into first place in the NFC West with a win on Monday Night Football over the Minnesota Vikings. (Image: John Froschauer/Associated Press)

Currently, both squads sit in the conference’s two wild card spots. But a win by the 9-2 Seahawks would vault them ahead of the 10-2 San Francisco 49ers for first place in the NFC West. While they would have identical records, the Seahawks currently own the tiebreaker, having beat the 49ers on Monday Night Football on Nov. 11. Those two teams will play again in Seattle on Dec. 29 to end the regular season.

Minnesota would tie Green Bay for first in the NFC North with a win. However, the Packers hold the tiebreaker, based on their Week 2 win. Those two will face each other again on Dec. 23, the last Monday Night Football game of the season.

The line has stayed fairly stable for the past week. The Seahawks started giving three points to Minnesota, but most sportsbooks currently have the home team as 2.5-point favorites, although William Hill an DraftKings have kept the line intact.

While the point spread has stayed calm, there has been some movement in the moneyline. Seattle started with odds of -181 straight up, but FanDuel has bumped the Seahawks to -150. They’re currently attracting 58 percent of the moneyline bets and two-thirds of the money wagered straight up.

Minnesota’s moneyline odds have shortened from +259 to +130.

Both teams come into Monday night’s game with offenses that rank among the best in pro football. The Seahawks average 26.5 points per game, sixth-best in the NFL, and the Vikings are right behind them at 26.3. Both also rank within the top six in total offense.

The over/under on total points is 48.5 at FanDuel, and 58 percent of the tickets written have been on the under. Those bets represent 55 percent on the money wagered.

Thielen Still Out for Vikings

Minnesota will once again be without one of its top offensive players. Receiver Adam Thielen was ruled out over the weekend because of his hamstring injury.

Through the first six games, Thielen was one of quarterback Kirk Cousins top targets, but he suffered the injury early in a Week 7 win over the Lions. He missed the following week before trying to play on Nov. 3 against Kansas City. He was targeted on one pass in that game and has not seen the field since.

The six-year veteran and former All-Pro told reporters last Friday that he’s learned there’s a huge difference between injuries to other parts of the body and hamstrings.

You can play through pain with other injuries, but as I found out quickly with a hamstring, if you’re feeling any pain, eventually it’s just not going to work,” Thielen said.

Seattle, meanwhile, comes into the game with no players ruled out. Defensive end Jadeveon Clowney has been battling an issue with his core, but Seahawks coach Pete Carroll said Clowney should be ready to go.