There are 465 commercial casinos in the United States. By tonight, all are expected to be closed by the COVID-19 pandemic. 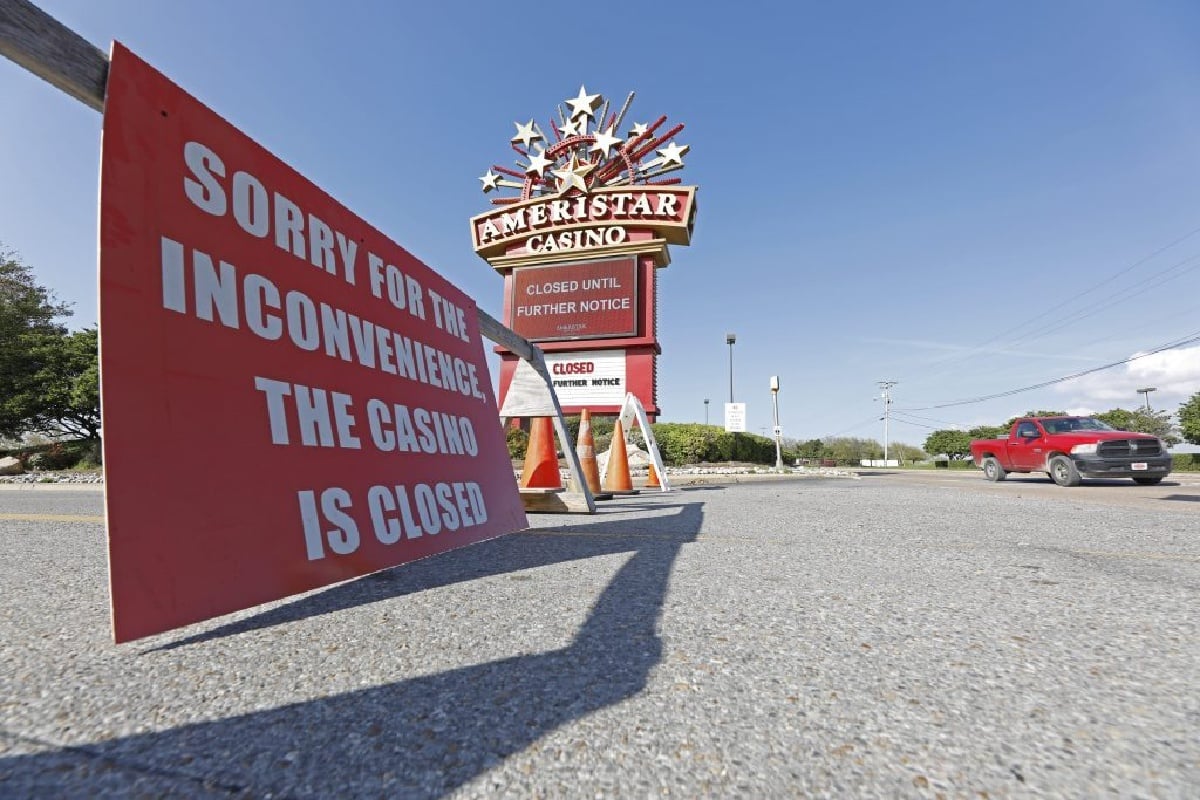 Commercial casinos, as well as tribal ones, are closed in the US. (Image: Rogelio Solis/AP)

The American Gaming Association (AGA) reported last week that at least 95 percent of all commercial casinos had suspended their operations. The majority of the remaining open gaming venues were in Deadwood, South Dakota.

While South Dakota has few diagnosed cases, the testing for COVID-19 is extremely limited and recent cases make clear that community spread has reached South Dakota,” Ruth explained in a letter to the casinos.

“At this time, I am requesting you take the following actions. Close down your casinos temporarily until the COVID-19 threat has passed. While I recognize these decisions are difficult … just this morning, the United States Surgeon General warned, ‘The coronavirus outbreak will worsen this week,’ and said that ‘people across the country are not taking the threat seriously enough.’ The time to take things more seriously is now.”

The historic Black Hills Gold Rush mining town is famous for being the site of where Wild Bill Hickok played his dead man’s hand – two pairs of aces and eights. Hickok was holding the cards when Jack McCall shot and killed him in the back of the head.

The AGA adds that at least 97 percent of the country’s 524 tribal gaming properties are closed. Those that remain open are mostly Native American convenience stores that feature gaming machines.

States lack the authority to force tribal casinos to shutter their operations, as the venues are on sovereign territory. But as the AGA data shows, almost all tribal nations that operate gaming are closing their casinos in a nationwide effort to slow the spread of the coronavirus.

One tribe that delayed closing its resorts was the Seminole Tribe in Florida. The tribe operates six casinos in the Sunshine State, and owns Hard Rock International.

Before the Seminoles announced they would close their casinos, Florida Gov. Ron DeSantis (R) told reporters, “They are sovereign. They don’t have to follow what the state of Florida decrees.”

The National Indian Gaming Commission (NIGC) can order the closure of a tribal casino, but only if it’s in violation of the Indian Gaming Regulatory Act (IGRA). However, tribal gaming attorneys Christine Swanick and Wilda Wahpepah at Sheppard Mullin told The National Law Review that the current situation is unique.

The NIGC is authorized to order a temporary closure of a tribal casino that it deems to be threatening public health and safety.

The post Nearly All US Commercial Casinos and Tribal Gaming Venues Closed Amid Pandemic appeared first on Casino.org.