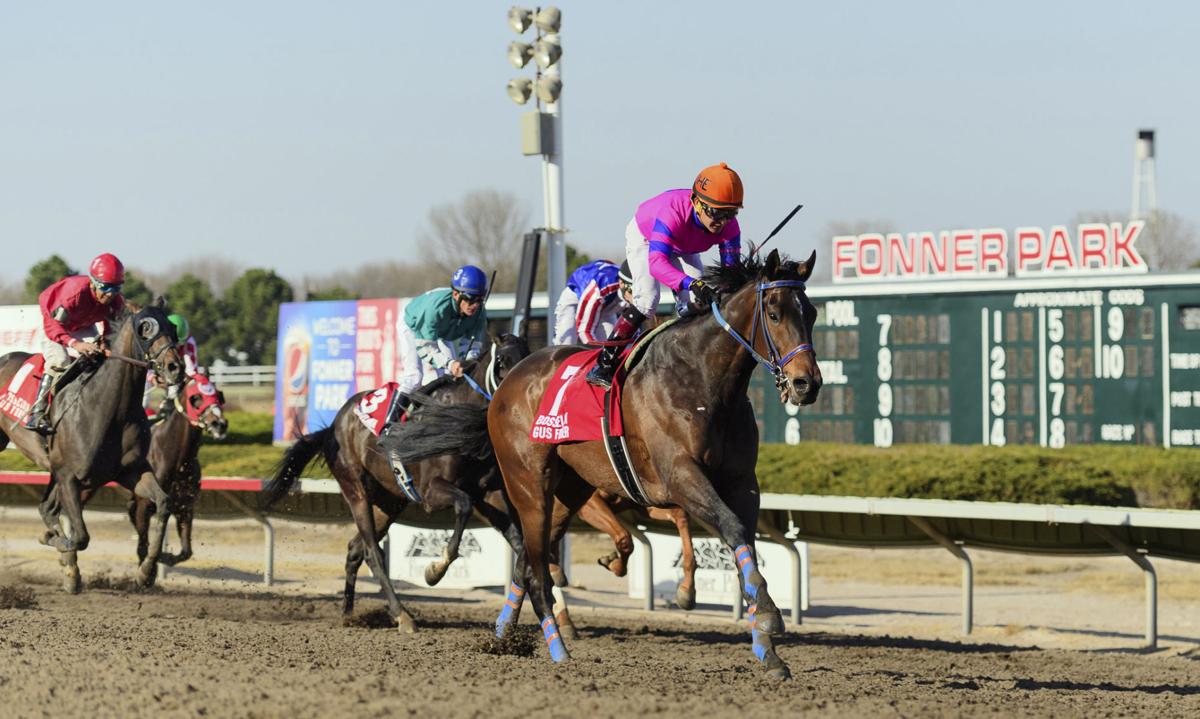 Nebraska racetracks like Fonner Park (pictured) have been losing their customers to Iowa’s casinos — even more so since sports betting was legalized across the border. (Image: Grand Island Independent/Jimmy Rash)

A lawsuit filed against the commission by the AG’s office asserts that it exceeded its authority when it authorized Fonner Park racetrack to install the machines, which allow gamblers to bet on races that have already taken place.

The filing asks the court to nullify the commission’s decision because “Nebraska law does not permit the commission’s unilateral decision to expand gambling without action by the Legislature or the citizens of Nebraska.”

Fonner Park had said it planned to launch the terminals on Feb. 21, when the track opens its live racing meet. But it’s unclear whether this will now happen.

The racing commission approved the machines in July by a vote of 3-2. Commission chairman Dennis Lee said at the time that he believed the machines constituted parimutuel wagering, which is a legal form of gambling in Nebraska — one of very few.

Proponents of historical racing say the machines employ the same payout processes as traditional parimutel betting, and can provide a much-needed boost to the state’s ailing horse racing industry. Others say they’re different and argue they’re illegal under the state constitution.

It’s a debate that has been raging since before 2012, when the legislature passed a bill to authorize the machines, which was subsequently vetoed by then-Governor Dave Heineman.

In 2014, a measure that would have let voters decide the issue by amending the constitution was removed from the ballot on a technicality by the Nebraska Supreme Court.

The racing commission first approved the machines in October 2018, but was smacked down by the AG’s office a month later.

The racetracks are the only outlet for Nebraska’s gamblers, apart from the lottery, charity bingo, and four small tribal casinos that are little more than bars with a few dozen electronic bingo machines inside.

The state’s largest city may have given its name to one of the world’s most popular poker variations, but try to play Omaha for money in Omaha, you’re liable to get into trouble.

That’s why most gamblers disappear across the border to the casinos of Iowa get their gambling fix. And things got even worse for the racetracks when Iowa launched sports betting last summer.

One man wants to stop the flow of money across the border once and for all. Last week, State Sen. Justin Wayne (D-Omaha) introduced two measures – one to ask voters in November to change the state constitution to allow casinos and sports betting; the other, to redefine the term “lottery” to include bets on sporting events.

He also plans to introduce a bill that would declare sports betting, poker, and DFS to be legal games of skill.

Historically, gambling expansion bills have not fared well in Nebraska.