Las Vegas tourism officials are readying to roll out their new marketing slogan that might put a slight twist on the iconic “What Happens Here, Stays Here” advertising motto. 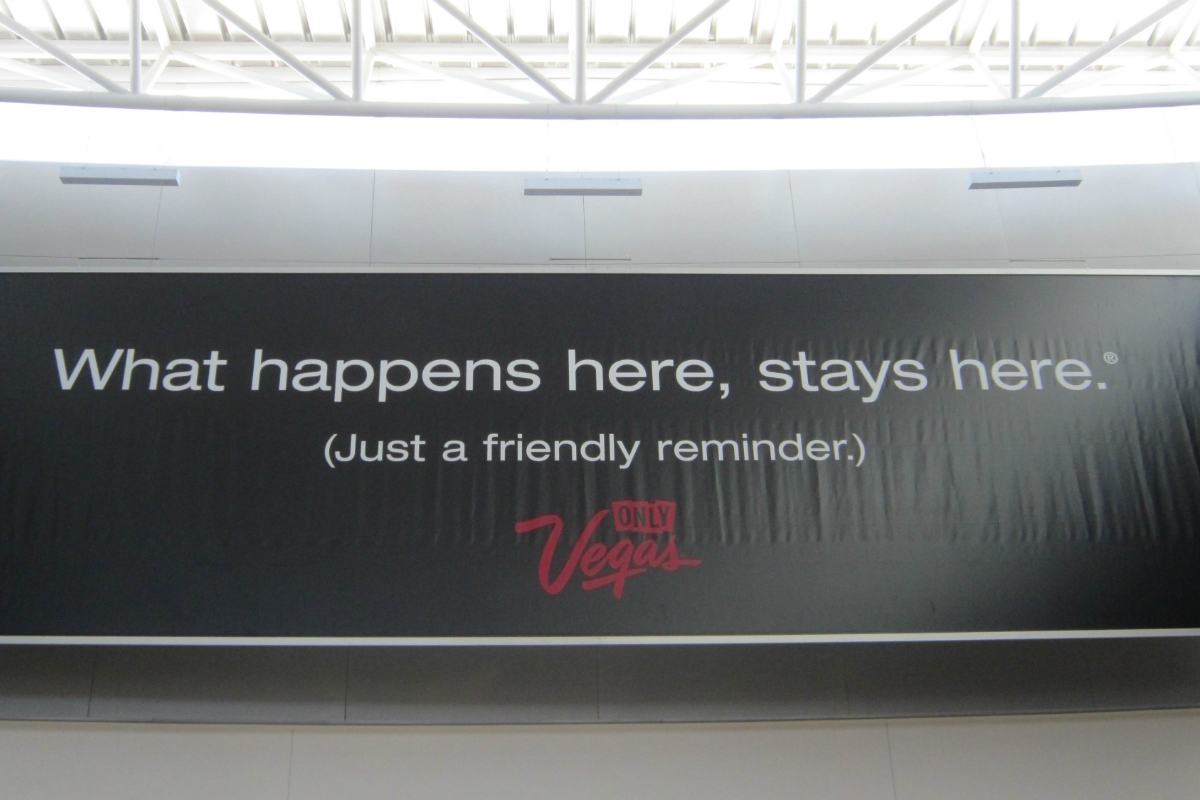 Las Vegas’ “What Happens Here” is in its final days marketing the city. (Image: Pinterest)

In early December, the Las Vegas Convention and Visitors Authority (LVCVA) teased an upcoming change to its longtime city slogan. Several celebrities were involved in hyping the update.

Aerosmith frontman told a crowd of cheering fans, “When I say, ‘What Happens Here,’ you say, ‘Only Happens Here.’” Tyler added on Instagram, “You know we only do ‘Amazing’ things. Which is why we’ve teamed up with #Vegas to create the next big thing for the city. Find out more January 26th 2020!”

January 26 marks the 62nd Grammy Awards. The music awards show airs live from the Staples Center in Los Angeles at 8 pm ET. Lizzo has the most nominations with eight.

The odds favor that the LVCVA’s new marketing slogan will be, “What Happens Here, Only Happens Here,” or simply “Only Vegas.” The hashtag “OnlyVegas” has quickly become a popular social media tag.

R&R Partners, the advertising agency that developed “What Happens Here, Stays Here,” was again commissioned by the LVCVA to provide the motto with a refreshing.

“One of the things we’ve have known for years in Las Vegas is there’s a feeling people only get here,” R&R CEO Billy Vassiliadis told USA TODAY. “That feeling is tied to an experience that is unique and they can’t get anyplace else.”

The LVCVA has purchased two 60-second ad spots that will air nationwide around the time Aerosmith performs live. The group is currently amid a Las Vegas residency at MGM’s Park Theater. The show runs through early June.

“What Happens Here, Stays Here” was deployed in 2003 as a result of a need to market Las Vegas as a place other than just gambling. A year of research found that visitors felt a deep personal freedom while in Sin City.

R&R’s case study concluded, “In short, the freedom to be someone we couldn’t be at home. And freedom from whatever we wanted to leave behind in our daily lives. Just thinking about Vegas made the bad stuff go away. At that point the strategy became clear. Speak to that need. Make an indelible connection between Las Vegas and the freedom we all crave.”

Aerosmith isn’t the only celebrity in on the new slogan. Shania Twain posted last month, “@vegas is full of secrets… I just learned about another one. Stay tuned 1/26/20.” And Lady Gaga bandleader Brian Leader shared a video to social media with him saying, “What happens here? You’ll just have to wait until January 26th to find out.”

Similarly to Aerosmith, Gaga is doing a residency at the Park Theater. Twain is at Planet Hollywood’s Zappos Theater.

FOX Business says Steven Hill, CEO of the LVCVA, has told sources that the “What Happens Here” tagline is being officially retired on January 26. The city will focus on marketing the Strip as the world’s premiere convention and vacation destination.

More than 39 million people traveled to Sin City in 2019, an increase of 0.5 percent. Strip hotels maintained an occupancy rate of 92 percent on an average nightly rate of $143 – up three percent.

The LVCVA spends around $100 million each year marketing the nation’s gambling capital.