Sunday’s slate of Week 11 NFL games features a contest between a pair of MVP candidates battling it out in Baltimore, as Deshaun Watson and the Houston Texans visit Lamar Jackson and the Ravens. 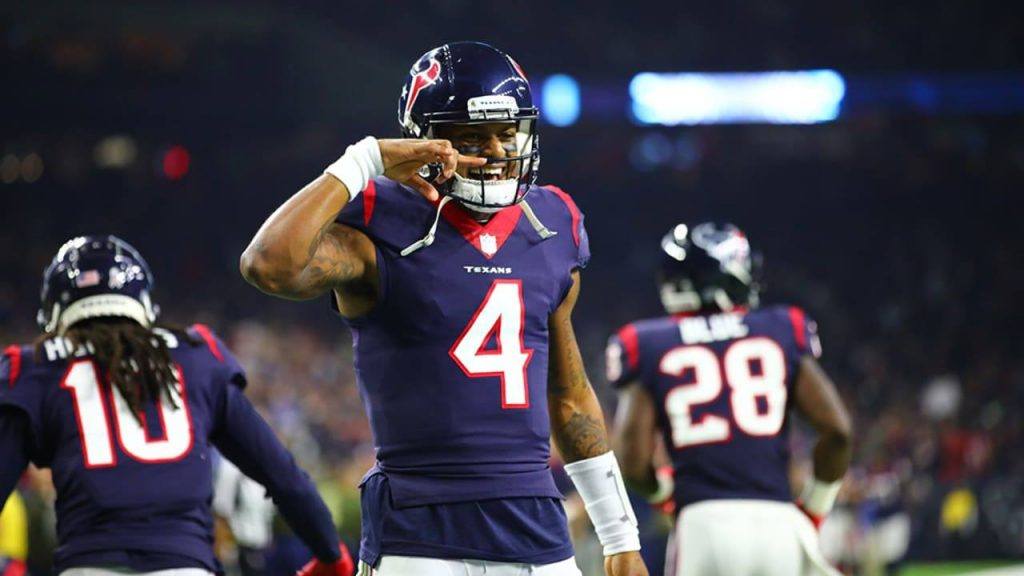 The two quarterbacks are currently the second and third choices on the FanDuel Sportsbook odds board, with Jackson at +250 and Watson at +600, behind only Seattle signal caller Russell Wilson (+170).  While both have played outstanding football this season, Sunday’s game could help either candidate step up and shorten their odds even more.

According to numberFire, a sports analytics site, betting on the FanDuel point spread was nearly even, as 51 percent of those tickets were placed on the Texans. However, those bets represented 63 percent of the money wagered on the game. Over at DraftKings, the split is similar, as 52 percent of bettors took the AFC South-best Texans (6-3) getting 4.5 points. But its bettors put 66 percent of the money on the Ravens spotting the points.

FanDuel’s moneyline, though, has tilted toward Houston. The Texans straight-up odds started at +178 and grew to +200. That’s led value-seeking bettors to put their money on Houston, as 70 percent of both the FanDuel moneyline tickets and cash are on Houston. Baltimore’s odds are -214.

Bettors also think the game will be high scoring, perhaps recalling the shootout Jackson and Watson had when both were college stars back in 2016. The over/under is currently at 51.5, with 88 percent of FanDuel bettors calling the over. That represents 70 percent of the money wagered.

Here’s a look at where bettors are flocking on a couple other Week 11 Sunday games.

Dallas heads on the road for a Sunday afternoon game against the 3-5-1 Detroit Lions. But thanks to the Lions uncertainty at quarterback, the Cowboys will have a large bandwagon with them.

As 7.5-point favorites, the Cowboys represent 88 percent of the bets placed and 89 percent of the money wagered on FanDuel. That’s down from 95 percent and 97 percent, respectively, on the Cowboys as of Friday. But it’s still the largest margin at FanDuel.

Detroit’s moneyline odds at FanDuel are +280.

Matthew Stafford, who missed last week’s Lions game with a back injury, was officially ruled out on Saturday. His uncertain status kept some books, like William Hill, off the game through the week.

Right behind Dallas in popularity this week is the New York Jets. Despite their 2-7 record, bettors see them as better than the 1-8 Washington Redskins, who host them Sunday afternoon.

The line initially started as the Redskins spotting a point. That’s since swelled to 2.5 points. Because FanDuel has a large customer base in New York and New Jersey, that might account for the reason why 87 percent of the spread bets and 86 percent of the cash are on the men in green this weekend. Those figures have stayed pretty stable throughout the week.

DraftKings bettors are similarly invested in the Jets. New York has 92 percent of the spread bettors who have ponied up 84 percent of the cash on the game.

Last week, the Saints laid an egg as heavy home favorites to Atlanta, losing outright to a Falcons team that had won just once before this season.

Bettors at FanDuel see that game as a fluke for the Saints, who are 4.5-point favorites at 3-6 Tampa Bay. New Orleans, which still leads the NFC South at 7-2, represents 85 percent of the spread bets and 80 percent of the money. Those rates have risen slightly as the game time draws closer.

The margin’s a little smaller at DraftKings, where only 70 percent of spread bettors are on the Saints laying 5. However, that still accounts for 80 percent of the money.