The Norfolk casino opposition has won a small victory after obtaining the required resident signatures needed to force the City Council to reconsider its decision to sell 13.25 acres of land to the state’s Pamunkey Indian Tribe for nearly $10 million. 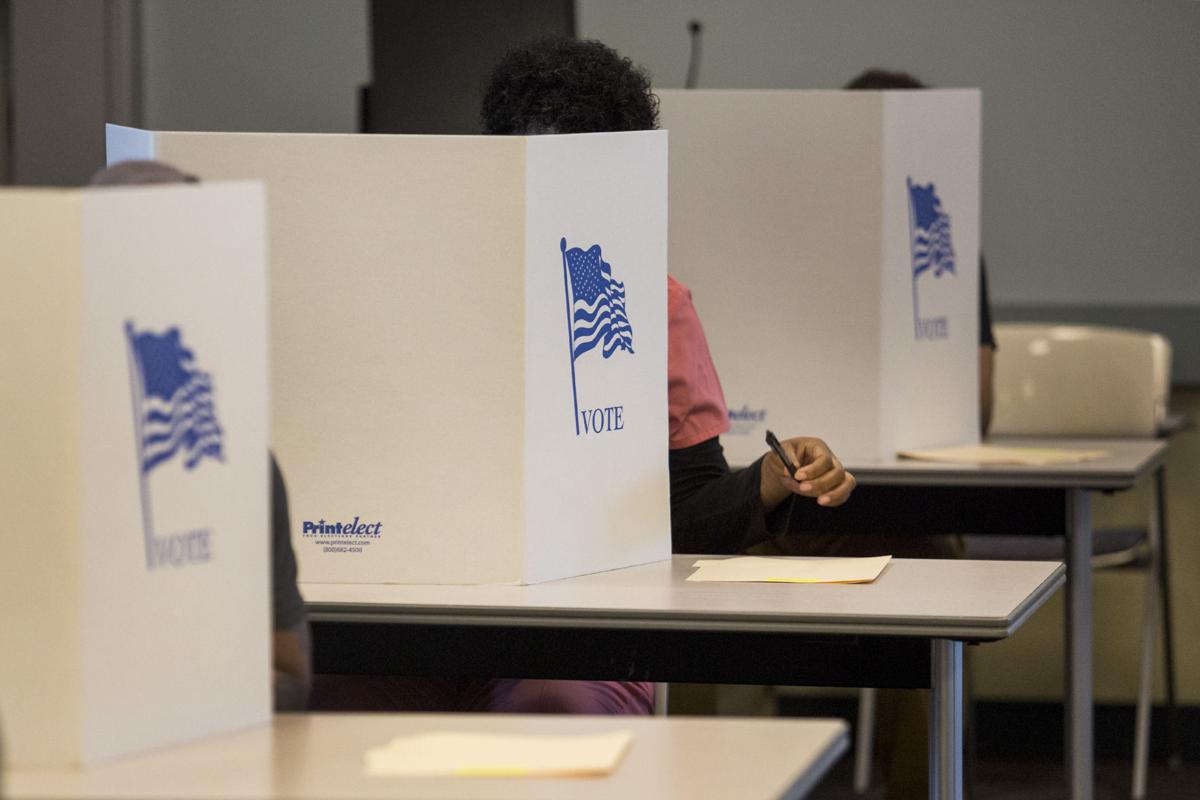 Voters on Tuesday were asked to make decisions outside their polling stations on the planned Norfolk casino. (Image: Sarah Holm/The Virginia-Pilot)

In September, the Norfolk City Council voted 7-1 to sell the city-owned land next to Harbor Park to the Pamunkeys. The Native American group plans to build a $700 million casino resort on the property.

There is widespread opposition to allowing a tribal or commercial casino to come to the southeastern Virginian waterfront city. After an effort to force a public referendum vote on the matter failed, opposition found a new avenue to slow the gaming project by way of an ordinance.

The “Citizens for an Informed Norfolk Committee” successfully obtained far more than the needed 1,250 resident signatures to require the City Council to reconsider the land-sale decision. The committee placed 45 volunteers at election polling places this week, and garnered around 3,400 signatures from people who said they want input on the casino issue.

Should the necessary 1,250 signatures be validated, the petition the 3,400 Norfolk citizens signed would repeal the City Council’s vote and force the local government to take up the land contract debate once again. The ordinance would force public hearings on the matter, and then a new City Council vote.

If the Council again votes in favor of selling the land, opposition would be granted a second chance at forcing a public referendum vote. That would require support from 4,000 Norfolk citizens.

The previous public referendum vote – led by the “Say NO to the Norfolk Casino” group – fell 320 signatures short.

Petitioner Jackie Glass doesn’t expect the City Council to reverse its vote on the casino property. “We hope we won’t, but we expect to be back on the ground with another petition next year,” Glass explained.

The Pamunkey Indian Tribe wants to construct a major casino resort in Norfolk, with as many as 4,000 slot machines and 225 table games. The property would also feature a 500-room hotel, restaurants, convention space, and entertainment attractions.

But the $700 million investment plan has generated many critics because of its potentially becoming a tribal venue, not a commercial enterprise. Should the tribe obtain the Norfolk acreage, the Native American group is expected to petition the US Department of the Interior (DOI) to recognize the land as sovereign territory.

If the Interior Department signs off, the casino and land could be free of certain business taxes.

“Unlike land bought by someone in the city, this deal gives the property to a sovereign Native American tribe, where our police and local laws have no jurisdiction,” the Say No to the Norfolk Casino group previously stated. “This development will pay NO property taxes, NO sales and meal taxes, and NO hotel taxes.”