North Korea wants to grow tourism, and while that might seem like an oxymoron, the Hermit Kingdom’s Supreme Leader Kim Jong Un remains committed to developing integrated resorts that appeal to foreigners. 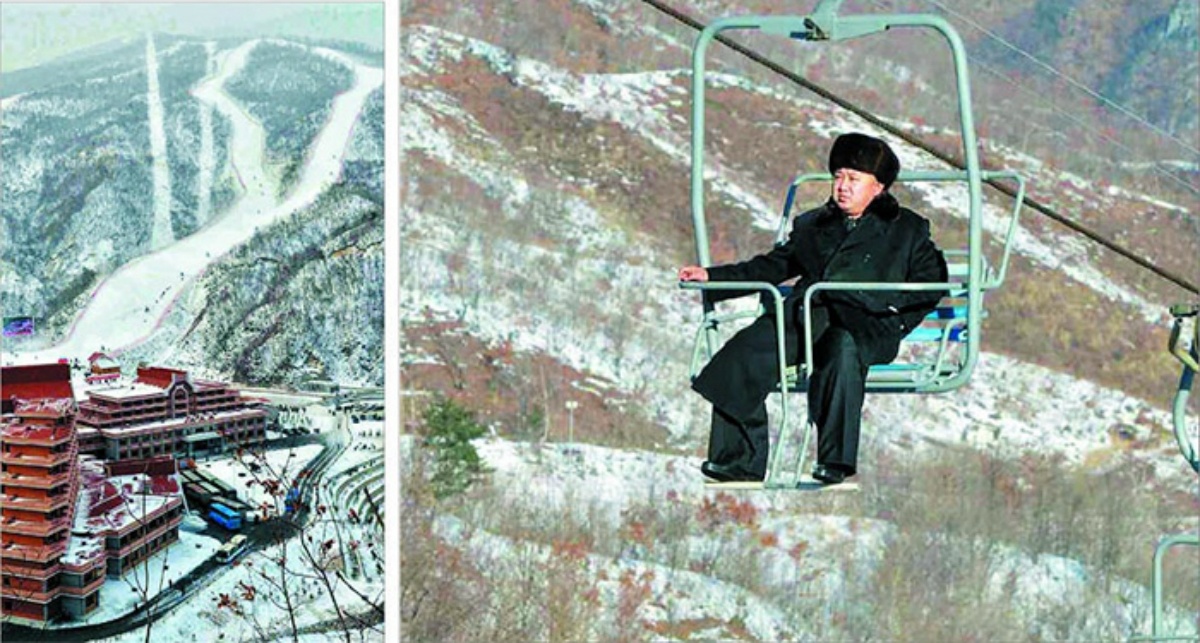 Reports surfaced in 2018 that Kim was leveraging his relationship with President Donald Trump in hopes of acquiring an investment to help build a casino resort in Wonsan, a port city on the country’s eastern coast in the Kangwon Province.

Constructed in just 10 months, the Masikryong Ski Resort in Wonsan opened in 2013 – just two years after Kim assumed power. But his goal to expand the Wonsan area into a global tourism epicenter spanning 260 miles with additional resorts and casinos has stalled.

North Korea’s Pyongyang capital is home to a foreigner-only casino at the Yanggakdo International Hotel. The facility is operated by SJM Holdings, one of the six licensed casino operators in China’s Macau.

Kim set a goal after his father’s death to increase foreign tourist numbers to one million people annually. Long fascinated with integrated casino resorts, his goal was to build a skiing and gambling mecca in Wonsan.

Bloomberg reports this week that Kim’s alpine wonderland vision has gone out of focus because of global warming. Masikryong’s slopes cap off at just 1,363 meters (4,470 feet). Though Wonsan is on the same latitude as Colorado, its mountains are far shorter than those in Aspen, where the average elevation is almost 8,000 feet.

The warming temperatures, South Korea’s weather office says, are expected to rise 15 percent in North Korea by 2040. That’s leading to shorter ski periods and halting North Korea from moving forward with the resorts.

Funding could also be an issue. Kim sent his top aide Kim Yong Chol to the White House two years ago to deliver Trump a letter seeking an American investment for an integrated casino resort. In exchange, the supreme leader reportedly pledged to denuclearize. During his 2018 trip to Singapore to meet Trump, Kim took time to tour the casino resort Marina Bay Sands.

National Security Advisor Robert O’Brien said this week that Trump is open to meeting Kim again. “President Trump has made it very clear that if he can get a great deal for the American people, he’ll go to a summit,” O’Brien explained.

PredictIt, however, says the odds are long of the two leaders meeting for a fourth time by the end of 2020. “Yes” shares of Trump and Kim shaking hands again are at 29 cents.

The 2019 novel coronavirus that originated in China is largely thought to be invading North Korea, though the isolated country claims it has no confirmed cases. A travel ban on anyone entering the Republic has been ordered until the respiratory illness is contained elsewhere.

Health officials believe the coronavirus is already rampant inside North Korea, and the country is far from equipped in dealing with the epidemic.

Harry Kazianis, director of Korean Studies at the Center for National Interest, tells Fox News, “Considering how there are many porous sections of the North Korea-China border, and how the Kim regime depends on illegal trade to survive, it is clear the virus has come to North Korea.”

Kazianis adds that North Korea’s health care system could become overwhelmed and “millions of everyday citizens would be essentially left to die.”