The New York Racing Association (NYRA) reported a marginal drop in betting for 2019, with the dip attributable to fewer race days and races at its three tracks. The all-sources handle was $2.1 billion, just $8.3 million, or .4 percent, off of the 2018 total. 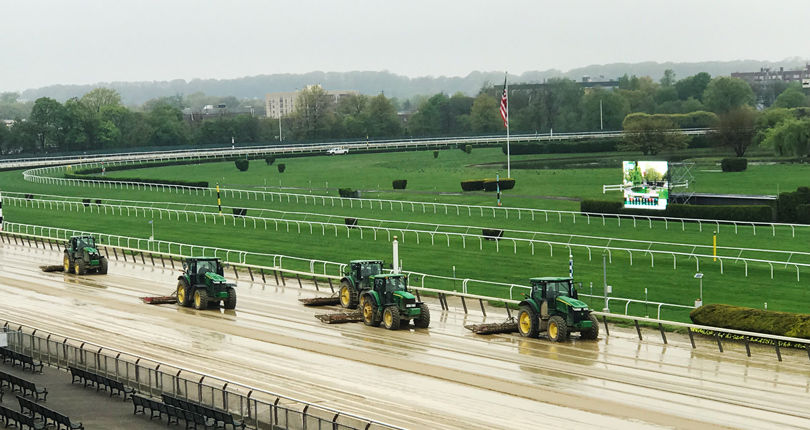 While the total handle for Aqueduct, Belmont Park, and Saratoga Race Course fell for the fourth straight year, the average daily handle increased by about $65,000 to $9.7 million. The 2019 calendar featured 217 racing days, two fewer than 2018. Bad weather prompted the NYRA to cancel seven cards, while six other days saw limited racing due to storms, extreme temperatures, or other weather concerns.

Not only did 2019 feature fewer racing dates than the year prior, but it also featured 38 fewer races.

Some of the highlights of the year included the Grade I Belmont Stakes card in June. The $102.2 million handle was the highest ever for a year that did not feature a potential Triple Crown winner. In addition, the NYRA launched a new three-race turf series for 3-year-old colts and fillies.

While there were fewer races and fewer racing days, the NYRA also saw fewer taken off the turf last year because of weather conditions. Just 125 were moved to the dirt surfaces, compared to 193 in 2018. Moving races off the turf often leads to changes in fields and handicapping.

Saratoga enjoyed a strong 2019. The upstate track’s summer meet reported a record all-sources handle of $705.3 million, breaking the previous record set in 2017 by more than 4 percent.

This has been a truly outstanding meet highlighted by the traditional recipe that sets Saratoga apart: world-class thoroughbred racing and entertainment,” said NYRA president Dave O’Rourke in a press release.

The 2019 handle marked a more than 7 percent increase from the betting total of the 2018 meet.

The amount bet at Saratoga during the meet was $146.6 million.

NYRA officials credited the jump in Saratoga’s handle, at least partially, to the national attention the meet received through its association with Fox Sports. The broadcaster’s FS2 network aired more than 190 hours of live racing to a national audience in 2019. That’s compared to 80 hours when the show debuted in 2016.

On-Track Betting Down in ’19

Of the $2.1 billion bet on all NYRA races last year, bettors places $310.1 million of that at the three tracks. That represented a 5.2 percent decrease from 2018.

Belmont’s 48-day spring/summer meet, which featured the Belmont Stakes, posted a total handle of $524.1 million. On-track betting accounted for $62.5 million of that total.