Turns out there will be a Derby run on Derby Day after all. 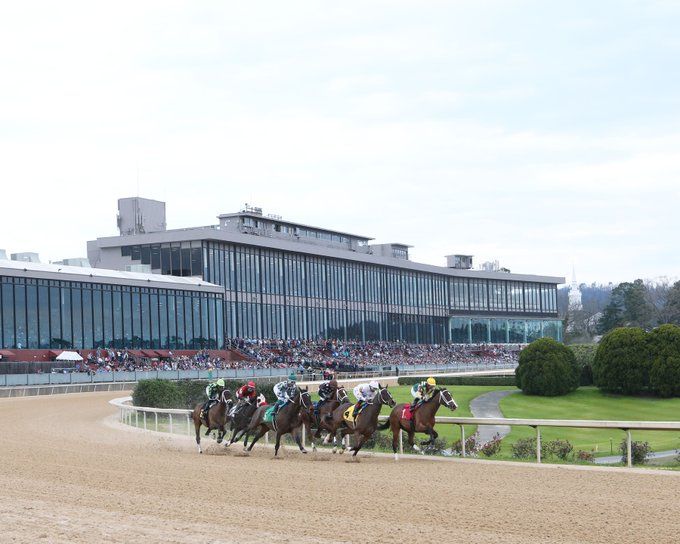 Rather than run in April, officials at Oaklawn announced on Friday the Arkansas Derby, a major Kentucky Derby prep race, will now run on May 2. The change comes after Churchill Downs moved its signature race back because of concerns regarding COVID-19. (Image: Oaklawn Racing and Gaming)

Oaklawn Racing and Gaming announced on Friday that it will move the Grade I Arkansas Derby, the Hot Springs, Ark., track’s major Kentucky Derby prep, to May 2. That was supposed to be the day the Kentucky Derby was run. However, last week, officials with Churchill Downs announced plans to move the race to Sept. 5, citing concerns about the coronavirus pandemic.

Oaklawn announced its move a day after the Kentucky Horse Racing Commission formally approved the changed date for the Run for the Roses.

The move comes as Oaklawn, like other tracks across the country, has opted to keep racing even though governments across the country have ordered gaming and other non-essential businesses to close indefinitely. The grandstand has been closed to patrons since last weekend.

We are trying to make the best of a bad situation,” said Oaklawn President Louis Cella in a statement. “And we greatly appreciate the cooperation we have received from our horsemen and the Arkansas Racing Commission.”

Other stakes races will also move, including the Grade III Fantasy Stakes to Friday, May 1. The Fantasy is a key prep for the Grade I Kentucky Oaks, a premier race for 3-year-old fillies. Originally slotted to run on May 1, the Oaks will now take place on Sept. 4 as part of the changes in Churchill Downs’ schedule.

While the Arkansas Derby will move to May 2, two other Kentucky Derby preps will not take place this year.

The Sunland Derby at Sunland Park in New Mexico was scheduled to run on Sunday. However, earlier in the week, track officials canceled the race after conferring with Gov. Michelle Lujan Grisham, the New Mexico Racing Commission, and New Mexico Gaming Control Board.

“Although there have been no known cases of the COVID-19 at the property, we are suspending operations out of an abundance of caution and to promote social distancing,” said Director of Marketing for Sunland Park Racetrack & Casino Ethan Linder.

The closure, which started last Monday, means Sunland Park will be closed through the first week in April.

The winner of the race would have received 50 points toward qualifying for the Run for the Roses.

In addition, the March 28 UAE Derby, a race that would have awarded 100 points to the winner, was also canceled when the Emirates Racing Authority announced the cancellation of the remainder of its 2019-20 racing season because of the pandemic.

With the win, the Brad Cox-trained colt earned 100 points toward the Kentucky Derby. That should be enough points to get the Louisville-native trainer an entry in his hometown’s big race.

Cox has never fielded a horse for the Kentucky Derby.

“He stands there perfectly and then breaks super sharp,” Geroux said. “After that, when he makes the lead, he relaxes very nicely. We took a few breathers around the turns and then when we turned down the lane, he didn’t lose his gear.”

After racing without fans on Saturday, officials at the Fair Grounds announced that night they would suspend the remainder of the meet, scheduled to end next Sunday, because of the COVID-19 outbreak.