Four drivers are still alive in the hunt for the NASCAR championship this Sunday, and according to oddsmakers, there’s no choosing a favorite between the remaining contenders. 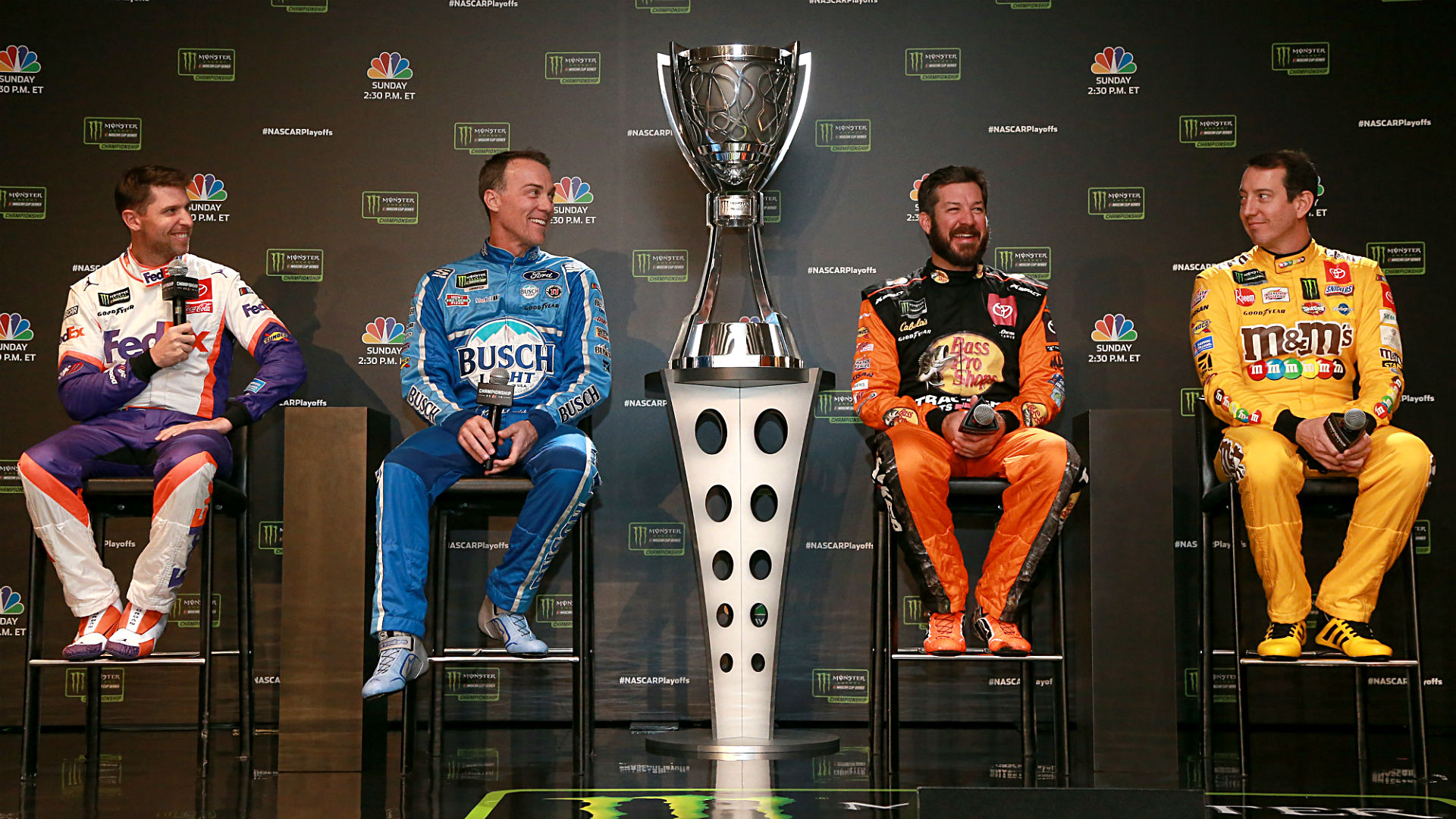 At the SugarHouse Casino Sportsbook, Kyle Busch, Denny Hamlin, Kevin Harvick and Martin Truex Jr. are each being given +250 odds of winning the title, with little to choose from between the four drivers.

The NASCAR Championship will go to the one of the four drivers who finishes highest in Sunday’s Ford EcoBoost 400 at Homestead-Miami Speedway. That means that technically speaking, nobody has to win the race in order to become the champion – though most expect that the winner will come from the Championship 4.

“I think the four best teams, the four best drivers this season are in the final four,” Truex told NASCAR.com on Thursday’s media day. “You’re going to have to win this thing, no question.”

Oddsmakers agree, making the four playoff survivors the co-favorites to win the race outright as well. SugarHouse has given each of the contenders +325 odds of taking the checkered flag; Kyle Larson is the next most likely winner at +800.

Not everyone thinks all four drivers are coming into the season finale with equal chances, however. Much has been made of the fact that three of the remaining contenders drive Toyotas for Joe Gibbs Racing, while Harvick is alone as the only Stewart-Hass Racing car, as well as the only Ford. Harvick, however, is downplaying the significance of that distinction.

“This isn’t basketball,” Harvick told Yahoo Sports. “This is car racing, and with that comes the internal politics of how do you manage those three crew chiefs, and drivers, and the things that come with everyone wanting to win that same race…that’s not something we’ve had to deal with at all.”

For Busch, Sunday will be an opportunity to earn a second NASCAR championship, something he’s been pining for since he won his first title in 2015.

If I end with one, that’s gonna suck,” Busch told USA Today. “If I can only get two, eh, whatever. But three, four, five – I think five’s still achievable. But when you get to this final race in this moment, the championship format the way that it is, and five years in a row and you only come away with one, that gets pretty defeating.”

Finally, there’s Hamlin, who came back from the dead to qualify for the Championship 4 by winning last week in Phoenix. His dramatic victory in a win-or-go-home situation has Hamlin feeling loose heading into Sunday’s race.

“We already won Homestead,” Hamlin told reporters. “We won Homestead last week. That was our win-or-go-home race. We performed at an incredibly high level…we have now a free weekend to go out there and have fun and keep doing what we’ve been doing.”

Hamlin will have the slightest of advantages heading into Sunday, as he gets to start on the pole. He’ll be followed by Harvick, Truex, and Busch, giving the four drivers in the NASCAR championship hunt the opportunity to get off to a clean start. Though it’s all but certain that there will be a few twists and turns on Sunday before a winner is crowned.