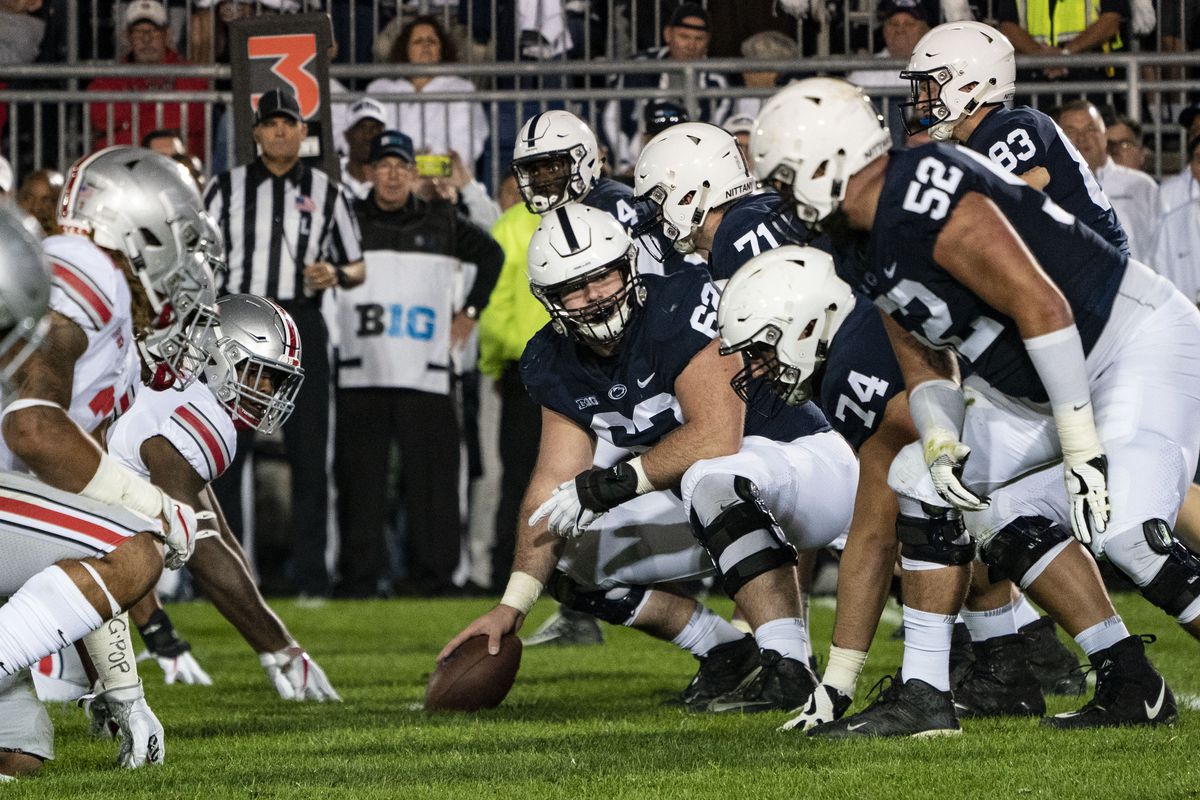 Ohio State enters the critical Saturday matchup as a massive 18.5-point favorite in what could be its most difficult challenge before the College Football Playoff.

Ohio State Yet to be Challenged in 2019

That’s to be expected, given that the Buckeyes look to be one of the most dominant teams in college football this year, with no team coming within three touchdowns of beating them yet this year. And if there was any potential for a letdown this weekend, head coach Ryan Day wants his home fans to stop that from becoming a problem.

Anything we can do to be as loud as possible,” Day told reporters. “That will make it harder for them. This is an opportunity to go out and send our seniors out the right way as their last time playing in the Horseshoe. I know that means a lot to everybody in Buckeye Nation, and it’s going to mean a lot to our team to see everybody out there loud and ready to roll at noon.”

The Nittany Lions are coming off a surprisingly tough 34-27 victory over Indiana, and are still fighting to make their way back into the playoff picture after losing to Minnesota two weeks ago. A win over Ohio State would put them right back in the mix. Penn State head coach James Franklin acknowledges that will be a significant challenge, though not one he plans to shy away from.

“I think one of the worst things that people do is they play a really talented team or roster, and you play conservatively,” Franklin said at a press conference. “They’re going to make plays, we got to match them. It needs to be one of those types of games, like a heavyweight fight. That guy delivers a blow, you counter. That’s what it’s going to need to be.”

While the Ohio State vs. Penn State battle is the only matchup between top 25 teams in Week 13, there are other games that could impact the playoff picture on Saturday.

No. 4 Georgia (9-1) will play host to Texas A&M (7-3), and will have to be wary of an Aggies team that is hitting its stride late in the season. The Bulldogs are a 12.5-point favorite, but head coach Kirby Smart says the game will be anything but easy.

“They have really good players at every position,” Smart said on a teleconference with reporters. “I can’t say enough about the defensive coordinator. He has always created havoc and turnovers.”

Meanwhile, No. 14 Baylor (9-1) will look to rebound from a devastating loss to Oklahoma last week when it takes on Texas (6-4) at home. The Bears are a six-point favorite, and while they may no longer have a realistic shot at reaching the playoffs, they’ll need a win against a Longhorns team that has always given them fits if they want to say alive for the Big 12 title.