Oklahoma Has Edge Over Baylor


No. 6 Oklahoma (11-1) is a solid favorite in the Big 12 Championship Game over No. 7 Baylor (11-1) in a rematch that could potentially send the winner to the College Football Playoff. 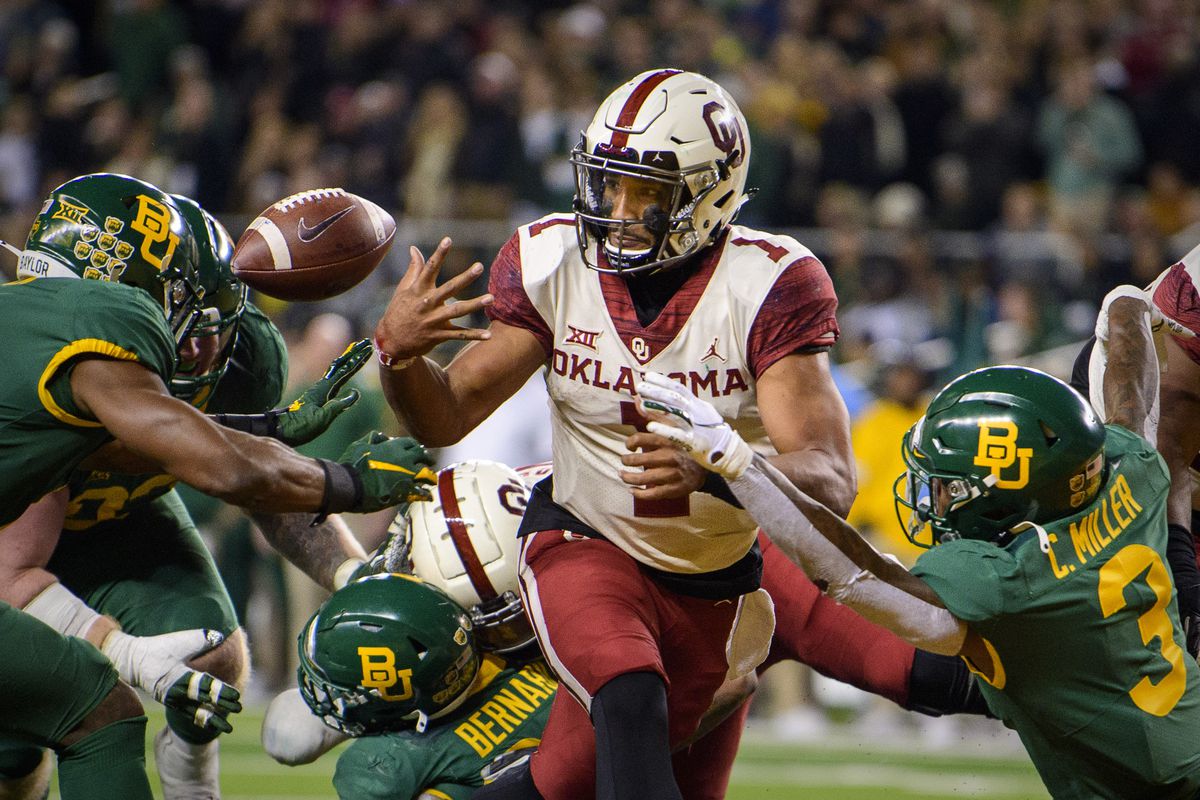 According to Big 12 Championship odds at DraftKings Sportsbook, the Sooners are favored by 9.5 points over the Bears, with the winner having an uncertain chance of breaking into the top four and earning an opportunity to play for a national championship.

Oklahoma Stormed Back to Beat Baylor in First Meeting

Oklahoma and Baylor have already played once this season, with the first meeting coming three weeks ago. Baylor led for most of the game, taking a 31-10 lead into the half, and entering the fourth quarter up by two touchdowns. But Oklahoma scored 24 unanswered points in the second half to walk away with a 34-31 win, keeping its playoff hopes alive while denying Baylor the opportunity to put together an undefeated regular season.

That game could give the Sooners confidence heading into the Big 12 Championship. But head coach Lincoln Riley has guarded against that idea, saying that a championship game at AT&T Stadium in Arlington is much different than a regular season contest at Baylor.

This is a different game. Everything is different about this game,” Riley told reporters. “Championship games are different. They just feel different. Everything about them’s different. So our focus has just got to be on this one and how we can play our very best. We know we’re going to have to play well to beat Baylor.”

Baylor head coach Matt Rhule has enjoyed watching his team’s defense excel all season long, forcing 28 turnovers and collecting 40 sacks in the regular season. But he knows they’ll have to step up if they want to contain Jalen Hurts and the explosive Oklahoma offense.

“Lincoln Riley has one of the most NFL-style offenses in the world,” Rhule told reporters. “I love what Lincoln is doing, because he takes the players he has and says, ‘How can I be successful with these guys?’ And he puts together an offense and he gets everyone involved, and they’re tremendously hard to defend because the ball could be there, it could be there.”

The winner of the Big 12 Championship has a chance to make the College Football Playoff. Whoever comes out on top will have earned another quality win, and could leap over the loser of the SEC Championship Game, especially if LSU beats No. 4 Georgia. That result would likely leave the winner in a fight for the last position with No. 5 Utah, if the Utes should beat Oregon in the Pac-12 Championship.

One thing both Big 12 Championship coaches can agree on is that the winner of their battle should get into the playoffs.

In my core, I think every Power 5 conference champion should play, Riley told reporters. “Now, our current system, do I believe us playing every team in our league and every championship game being one versus two should hold more weight? I do.”

“I personally would like to see the Big 12 champion go to the College Football Playoff year-in and year- out,” Rhule told reporters on a teleconference earlier this week. “What good is having a national championship if it’s not national?”