It was business as usual for Oklahoma’s 100-plus tribal casinos as the clock struck midnight on New Year’s Eve. This was the moment the tribes’ 15-year compacts expired, after which Republican Gov. Kevin Stitt believes it is illegal for them to offer class III gaming. 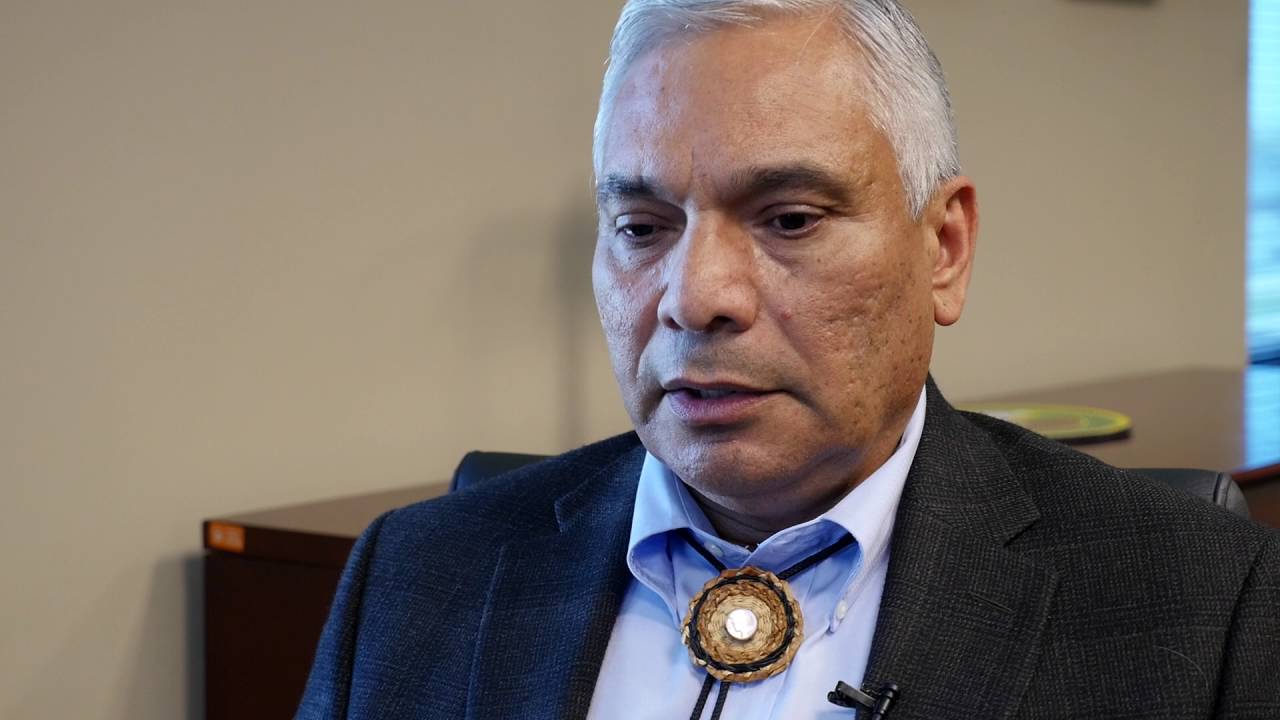 Muscogee Principal Chief James Floyd was one of many tribal officials who said they would defy Gov. Stitt and continue class III operations “without disruption” in 2020. (Image: YouTube)

Local media reported Stitt’s threat had no impact on operations on a night that was the busiest of the year for most casinos in the state. The Muscogee (Creek) Nation told Tulsa World its River Spirit Casino Resort in Tulsa was at full capacity and booked up weeks in advance.

“Today, on Jan. 1, we continue to honor our commitments to our employees, to our citizens, to our guests, and to the State of Oklahoma by ensuring our operations continue as usual and without disruption,” said Muscogee Principal Chief James Floyd.

Meanwhile, several other tribes issued official statements stressing that the slots would keep spinning throughout 2020.

Twenty-four hours earlier, three of the state’s biggest operators — the Cherokee, Chickasaw, and Choctaw nations — jointly sued Gov. Stitt. The lawsuit, filed Tuesday in Oklahoma City federal court, asks a federal judge to weigh in on the nature of their compacts.

The tribes believe the compacts auto-renew on expiration and claim this was the intention of the previous administration with which the agreements were negotiated.

Stitt disagrees. He wants to renegotiate the agreements to squeeze more money from the tribes in the form of revenue sharing payments.

The tribes pay four to six percent on slot revenue, depending on the size of the operation, and ten percent on table games – some $138.6 million last year.

Stitt said he wants 20 to 25 percent, which would be among the highest in the country and would put thousands of jobs at risk, according to the tribes.

Last month, Stitt offered the tribes an extension agreement, which would allow them to continue offering class III games with impunity for eight more months until the dispute is settled. Most rejected the offer because they believe their operations continue to be legal.

The governor has suggested that if the tribes refuse to play ball, he would consider inviting commercial casino operators to Oklahoma, insisting they would “jump at the chance.”

You have dismissed advice and facts that show the peril of your chosen approach and have remained intent on breaking faith with the Tribes,” wrote Billy — a member of the Chickasaw Nation — in an open letter to Stitt.

“Your actions have shown that my continuing in service on your cabinet is unnecessary to you and impossible for me,” she added.

Stitt is himself a member of the Cherokee Nation.