The Oklahoma Indian Gaming Association (OIGA) says Gov. Kevin Stitt (R) is trying to use the COVID-19 pandemic to his advantage in the ongoing negotiations between the Native American tribes and the state regarding casino compacts. 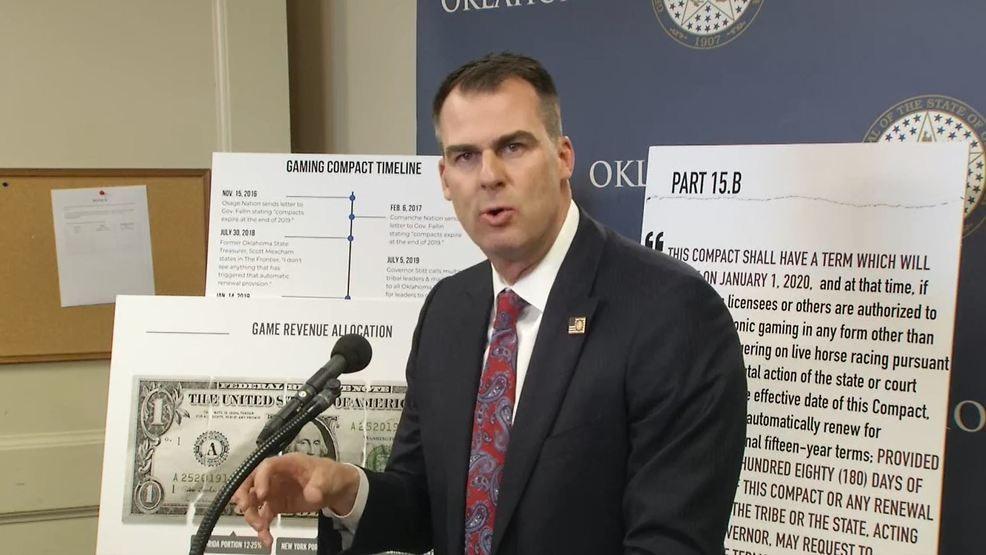 OIGA Chairman Matthew Morgan says tribal leaders who aren’t involved in the ongoing litigation and mediation process received a letter from Stitt attorneys last week. In it, attorney Steve Mullins, outside counsel to the governor, told the tribes, “The COVID-19 pandemic has changed the landscape of Oklahoma’s tribal and non-tribal environment.”

Now more than ever is a time for us to stand together,” Mullins continued. “Unfortunately, the lawsuit currently pending in federal court is doing just the opposite.”

Stitt says the compacts, which were reached in 2004, were for a 15-year period. The governor wants to increase the casino tax from its current four to six percent rate on slot machines to a flat five percent fee.

The governor’s latest compact offer additionally would allow the tribes to operate sports betting, but the state would take two percent of every dollar wagered. A two percent tax on the money bet – not the amount the sportsbook keeps in winnings – could make the already low-margin business of sports betting unpractical.

Stitt’s proposal also provides the state with new powers over tribal gaming, including dictating which gaming vendors the Indian casinos can partner with. “This compact is a huge power grab for his office,” Morgan declared.

The tribes continue to send in casino revenue sharing checks to the state, but Stitt plans to place those funds in escrow during the compact dispute. Tribal gaming money is predominantly used for education.

Earlier this month, Oklahoma Attorney General Mike Hunter (R) said it’s his opinion that the governor’s escrow plans would violate laws that require such taxes to go immediately into the fund they’re designated.

The Oklahoma Indian Gaming Association says it’s becoming clear that Stitt is trying to create discord among tribal leaders. US Western District Court Chief Judge Timothy DeGiusti ordered in February that the tribal lawsuit – filed against the state by Chickasaw, Choctaw, and Cherokee nations, and later joined by the Potawatomi and Muscogee Creek nations – must be resolved in mediation by March 31.

That deadline could be extended due to the coronavirus. The Sooner State has 377 cases of COVID-19 as of Saturday afternoon. Three people are dead from the virus.

“We are dismayed Governor Stitt would exploit the current pandemic for these purposes,” OIGA said. “Consistent with the advice of public health professionals, the tribal governments have suspended gaming operations to help blunt the spread of COVID-19. Nothing is more important to the Tribes than working together to fight this deadly virus.”