Oklahoma tribes – many of which operate casino resorts – are calling on Governor Kevin Stitt (R) to issue a stay-at-home order throughout the Sooner State in an effort to slow the spread of COVID-19. 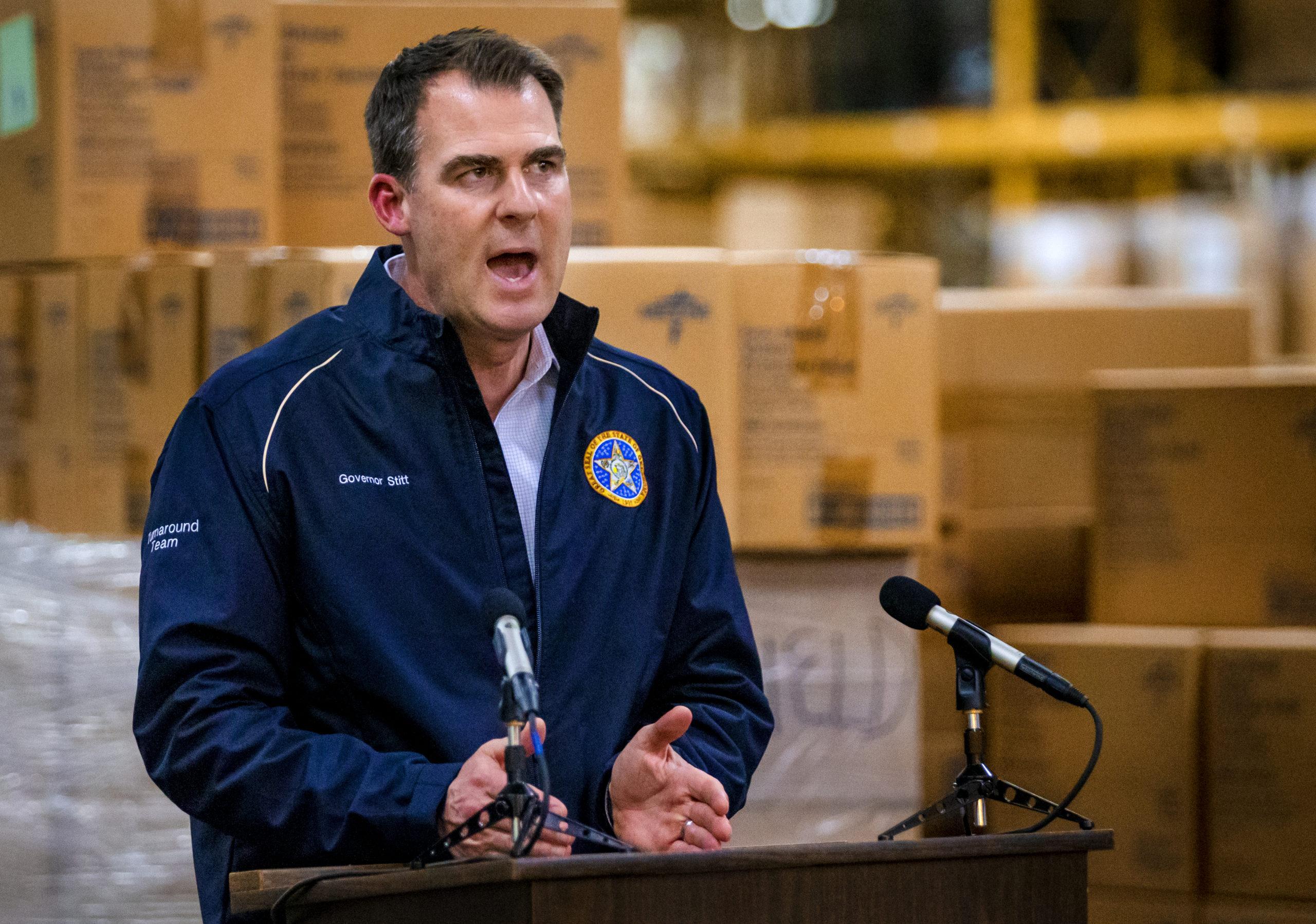 Oklahoma is one of just eight states without a statewide stay-at-home declaration. However, eight Oklahoma counties have issued mandates requiring citizens to avoid all non-essential travel.

Stitt has issued a “Safer at Home” order for “adults over the age of 65 and vulnerable individuals with serious underlying medical condition.” The directive also ordered Oklahomans to limit gatherings to no more than 10 people, prohibits visitations to nursing homes and long-term care facilities, and postponed all elective medical procedures.

Tribal leaders say it isn’t enough to protect Oklahoma residents from the coronavirus.

In this pivotal moment and with the needs of all Oklahomans in mind, we urge you to use these powers and go further than the present order, and to issue a full and statewide shelter-in-place order,” read the tribal letter. “As the experience in other states and countries shows and as broadly recommended by public health experts, this is the surest path to containing the virus’s public health risk and to limit its longer-term social disruptions.”

The letter was signed by 26 Native American leaders. Oklahoma has 1,970 positive coronavirus test results, and the disease has been credited for 96 deaths.

At Odds with Governor

Oklahoma tribes are becoming increasingly frustrated with the first-term governor. Despite Stitt himself being a member of the Cherokee Nation, which owns Hard Rock Hotel & Casino Tulsa and nine Cherokee Casino locations, the Republican governor wants tribes to share more of their casino revenue with the state.

Last month, tribal leaders contended that Stitt was using the pandemic as a bargaining tool in his crusade to reap more gaming dollars from Native Americans.

Steve Mullins, counsel to the governor, wrote to tribes that operate casinos not involved in the ongoing litigation and mediation process, “Now, more than ever, is a time for us to stand together. Unfortunately, the lawsuit currently pending in federal court is doing just the opposite.”

The tribes say their 15-year gaming compacts reached in 2004 automatically renewed January 1. And leaders add that they’re “dismayed” that Stitt “would exploit the current pandemic” in an effort to win over Native American communities not directly involved in the litigation.

The Chickasaw, Choctaw, Cherokee, Potawatomi, and Muscogee Creek nations have been ordered to settle their dispute with Stitt in mediation. The process is being delayed by the pandemic.

Oklahoma tribes aren’t alone in believing that the state would be better off with a formal stay-at-home order. The Oklahoma State Medical Association agrees.

We feel like (the governor’s order) really should apply to all ages, not just to the elderly or immunosuppressed,” said George Monks, president-elect of the association.

Over the weekend, Stitt didn’t back down from his position.

“We’ve followed CDC guidelines, President Trump’s guidelines, and they have not mandated a bunker in place order,” the Governor told Fox 6. “We are focused on Safer at Home. We’re focused on the older population.”