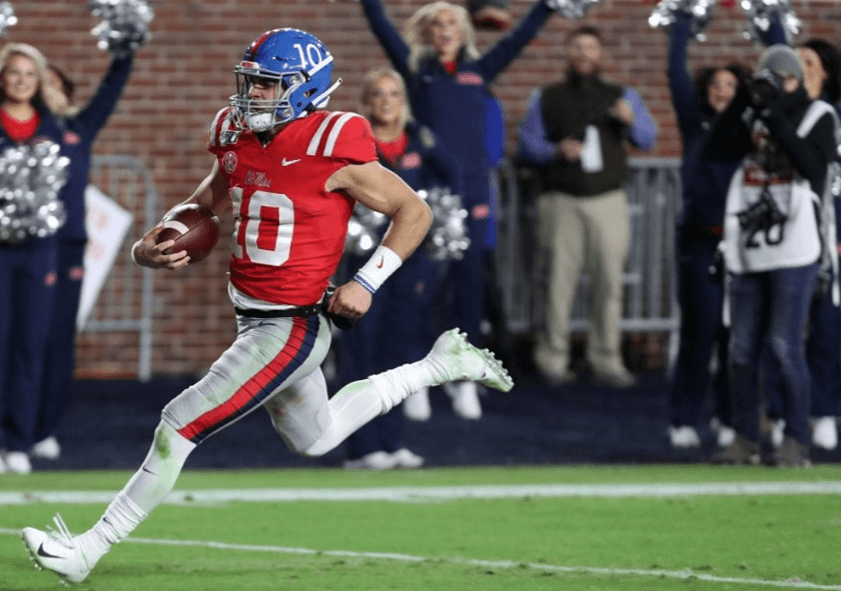 While neither Mississippi school is in contention for an SEC title, there’s still plenty on the line for both schools. At 4-7, Ole Miss needs a win to hold on to the chance of getting a bowl bid. Post-season bowl invites go first to teams with records at .500 or better, but 5-7 schools can still snag an invite if spots remain and they have a high enough academic score.

The Rebels are tied for 38th, but most of the teams ahead of them have already qualified with winning records.

The Bulldogs are 5-6. A win ensures their bowl eligibility, but a loss could likely keep them home, as they have a lower academic score.

Mississippi State entered the week as 2.5-point favorites. That line has since shifted down to 1.5-points at most sportsbooks, according to oddsFire. However, Wynn still had the original spread, while Caesars was offering the Bulldogs as two-point favorites. Bettors at William Hill are divided. A majority of bets, 58 percent, have been placed on the Rebels getting the points. However, more money, 53 percent, has been bet on the host Bulldogs.

“This is a big game for us, for our program,” Ole Miss coach Matt Luke said at his weekly press conference. “National TV, it’s really a showcase game for the entire state of Mississippi, so we’re excited about the opportunity. It’s obviously a huge game for a number of reasons.”

Keys to the Game

Ole Miss comes into the game with the third-best offense in the conference, averaging more than 450 yards per game. The Rebels are doing most of their damage on the ground, as they’ve run for 2,876 yards this season.

They’re led by quarterback John Rhys Plumlee. The dual-threat freshman ranks sixth in the SEC in rushing yards with 989. He’s averaging 7.3 yards a carry and has scored 11 touchdowns.

These guys have tremendous speed, great escapability, and for a smaller guy (Plumlee) runs with some physicality, too,” Mississippi State coach Joe Moorhead said at his weekly press conference. “You have to make sure you swarm him and get him down on the ground, because he has made a lot of explosive plays.”

Mississippi State’s offense ranks eighth in the SEC, averaging 410.6 yards per game, with 228.5 yards coming on the ground. Bulldogs junior running back Kylin Hill leads the conference with 1,215 rushing yards.

However, they could find a tough challenge against an Ole Miss defense that has given up just 132 rushing yards per game.

With the spread nearly even, the moneyline is close as well. Mississippi State is a slight favorite, with odds of -130 at DraftKings. Ole Miss has odds of +107.

Oddsmakers expect a high-scoring game, as the over/under is set at 58 points.