The Oregon Lottery discussed the start of Scoreboard, the lottery’s sports betting application, during the Board of Commissioners meeting Friday morning, with officials saying that a sportsbook – like any other startup – needs time to make money. 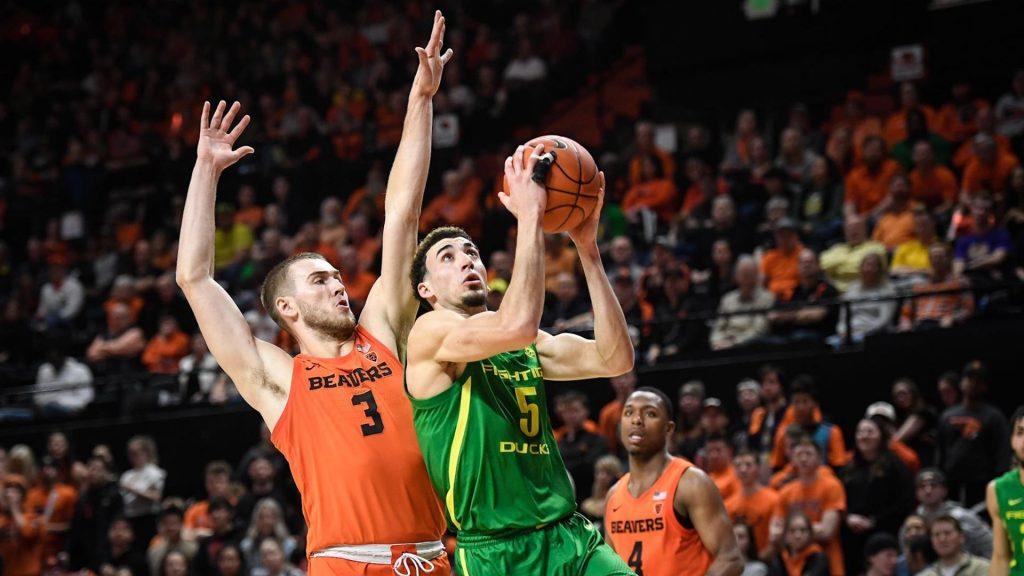 Games between the Oregon Ducks and the Oregon State Beavers, dubbed The Civil War, are among the most popular sporting events in the state. However, the Oregon Lottery’s sports betting application prohibits wagering on any college event, not just in-state teams or games. (Image: GoDucks.com)

Still, Lottery Director Barry Pack acknowledged there were some issues that led to his staff revising their budget for the first nine months and indicate Scoreboard would lose $5.3 million in that span.

“We started this whole process acknowledging that launching a new sales channel and a new product would take time to get to profitability,” he said. “So, there is no big surprise here that we aren’t at profitability at four months. We did a three-year forecast because we weren’t sure exactly where in that first three years we’d hit profitability.”

The Commissioners on the conference call with Pack gave the lottery their vote of confidence.

“I think that for a new revenue stream, you guys have done an amazing job at trying to get your arms around all of this,” Commission Chair MardiLyn Saathoff said.

Pack told the commissioners that legal fees ran higher than expected because of reviews that were needed around the financial flows and transaction processing. Testing from Gaming Laboratories International also ran higher than anticipated. As did costs associated with geolocation services to ensure that only bets could be placed within the state of Oregon.

Some of those costs, like the legal fees were higher due to the issues pertaining to the launch. Lottery officials expect those costs will start to decrease.

It also required more lottery staff to help run the operation, because, at least partially, some customer service issues took longer to address. According to the revised budget figures, more than $1.6 million has been spent on worker salaries and benefits.

While the lottery spent more than it expected early on, it also didn’t get the hold it anticipated, either.

“We built that original forecast on an 8 percent margin and actuals for the first four months are more around 7 percent,” Pack said. “And that 1 percent actually makes a fairly significant difference in terms of profitability.”

Through January, the lottery reported a handle of $66.2 million for Scoreboard. Net revenue during that time was $4.5 million, or 6.8 percent.

An 8 percent hold would have generated net revenues of about $5.3 million over the first four months.

According to the lottery’s figures, sports betting ran a $2.4 million deficit through January.

College Sports Betting for the Win?

Pack mentioned there may be one way Oregon can turn the deficit around.

“The availability of collegiate wagering is still up in the air, and so we’re not able to put that into any of the forecasts, which would bring that margin up fairly substantially because of the interest in college sports and the fact that we could turn it on with really no costs,” he said.

When Oregon set up its regulations for sports betting, it took the unusual step of banning wagers on any collegiate sport. Some states have taken the step of banning bets on in-state college teams and games, but no other state has followed Oregon down this path.

Pack told the commissioners he’s waiting for the Oregon legislature to adjourn so he can have a better understanding where lawmakers stand on the issue.

In addition to approving the revised budget, Commissioner Chris Telfer asked lottery staff to provide her and the other commissioner with the revised three-year projections as well. Pack said he would provide that and give them the forecasts with and without college sports betting.

Beyond adding college games, Pack said his staff is also working on other ways to attract customers. That includes a recently started daily featured bet, typically a parlay opportunity with enhanced odds tied to games that night.

While lottery officials might not have projected to be in the black right now, that still doesn’t mean Pack is satisfied with the current performance.

“I’ve tasked the team to really work hard on the levers that we can pull both on figuring out how to get our operating costs down, but also finding creative ways to boost the margin,” he said.