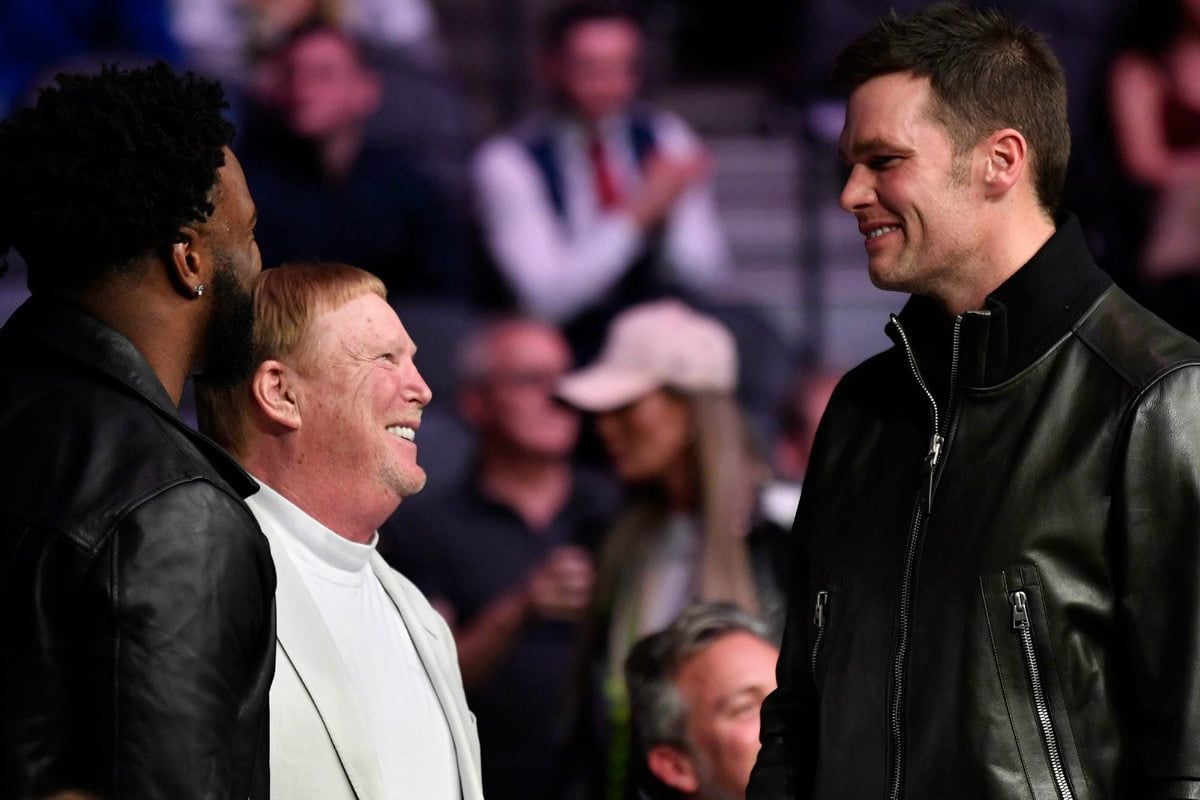 The public meeting naturally prompted speculation that the 42-year-old Brady, who is a six-time Super Bowl champion, might consider joining the Raiders for their inaugural season in Las Vegas. Brady is set to officially become a free agent when the NFL’s 2019 year formally ends on March 17, 2020.

After a disappointing ending to the Pats’ year, Brady says he wants to return for a 21st season. While the odds heavily favor staying in Boston, there’s a chance he could go elsewhere.

Along with Brady and Davis, Raiders coach Jon Gruden and defensive end Maxx Crosby were also in attendance at the McGregor spectacle, which lasted all of 40 seconds.

Pats owner Robert Kraft said it’s his “hope and prayer” that Brady returns with his organization. Brady has spent his entire NFL career with the franchise.

However, for the first time in his career, Brady is set to become a free agent. “He is so special that he’s earned the right to do what’s best for him. But I just hope and pray we fit into his plans,” Kraft explained.

If he decides to skip town and join another team, the Los Angeles Chargers are favored at 2/1. The Dallas Cowboys and Las Vegas Raiders are next at 7/1.

White said it makes “too much sense” for Brady to join the Raiders, should he opt to leave New England.

Brady explained this week on Westwood One radio, “I’m open-minded about the process. I love playing football and I want to continue to play and do a great job. I’m looking forward to what’s ahead.”

He continued, “Whatever the future may bring, I’ll embrace it with open arms.”

The Brady-Davis meeting and his potential move to Sin City isn’t yet having an impact on next season’s Super Bowl odds.

The New England Patriots are at 14/1. The shortest 2020-21 NFL title odds are on the Kansas City Chiefs, a team that will play in its first Super Bowl in 50 years in less than two weeks against the San Francisco 49ers.

The longest odds are on the Miami Dolphins and Washington Redskins, both organizations at 200/1. A $10 bet would win $2,000.