The New England Patriots suffered their first loss of the year Sunday night in Baltimore, as the Ravens – led by another dazzling performance from QB Lamar Jackson – managed to take down the defending champs. 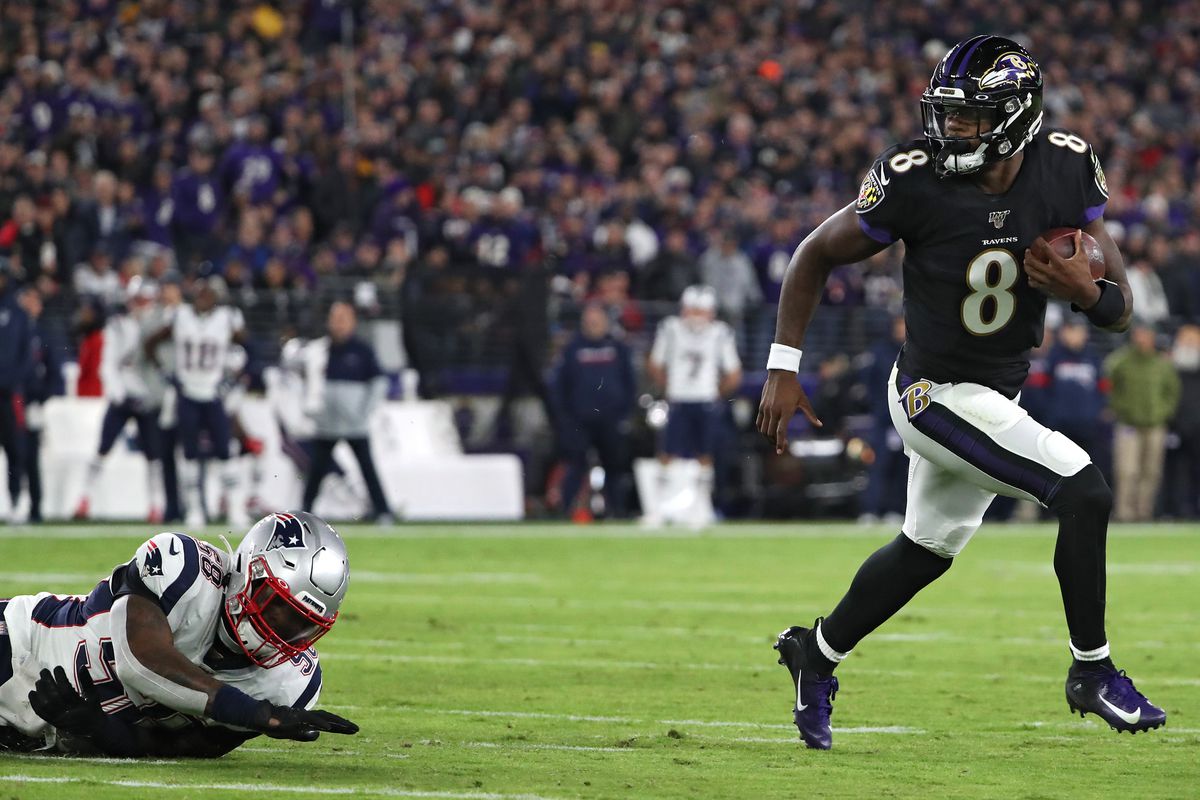 The Pats’ seemingly unbreakable defense broke against the dual-threat Jackson. It’s only the 22-year-old’s first full year being the Ravens’ starting quarterback, but on Sunday, he topped arguably the best to ever play the position.

We’ve all got to do a better job. That includes everybody, period,” New England coach Bill Belichick said. “We competed out there, but it just wasn’t good enough. We all have to do a better job, starting with me.”

New England gave up four offensive touchdowns Sunday. In the team’s previous eight wins, they allowed a total of only four.

The Las Vegas consensus had the Patriots a field goal favorite over the Ravens. Baltimore’s upset was a win for MGM Resorts.

Nevada’s largest casino operator told ESPN’s David Purdum that seven times as many bets were on the Patriots than Ravens. However, only “slightly more money” was wagered on the favorites.

Not everyone fared so well on the outcome. Caesars said it took several large wagers on Baltimore from VIP customers. PointsBet confirmed 70 percent of the cash was on the home team.

The Patriots loss means all those bets on the team running the regular season to go 16-0 are losers.

The Westgate SuperBook said 143 of the 148 bets it took were on New England going undefeated. But one of those five other bets the book took was a $24,000 wager on the Pats eventually losing, which nets $2,000.

San Francisco is now the lone remaining undefeated team. The 49ers have 10 days off following their win last Thursday night. Their next game comes a week from today at home against the visiting Seattle Seahawks.

As for the NFL MVP race, it’s shaping up to be Jackson’s to lose. FanDuel now has the Ravens star at +300, tied with Seahawks QB Russell Wilson for the shortest odds.

Casino.org’s very own Steve Bittenbender could be one beneficiary of Jackson’s strong play.

During Mr. Bittenbender’s trip to Iowa in August to check out the opening of the William Hill sportsbook at Prairie Meadows, he took Jackson MVP odds at 100/1. The $20 bet stands to collect $2,000.