Pennsylvania casinos allow patrons to light up while gambling in certain designated areas. But one state lawmaker says it’s time to end that loophole. 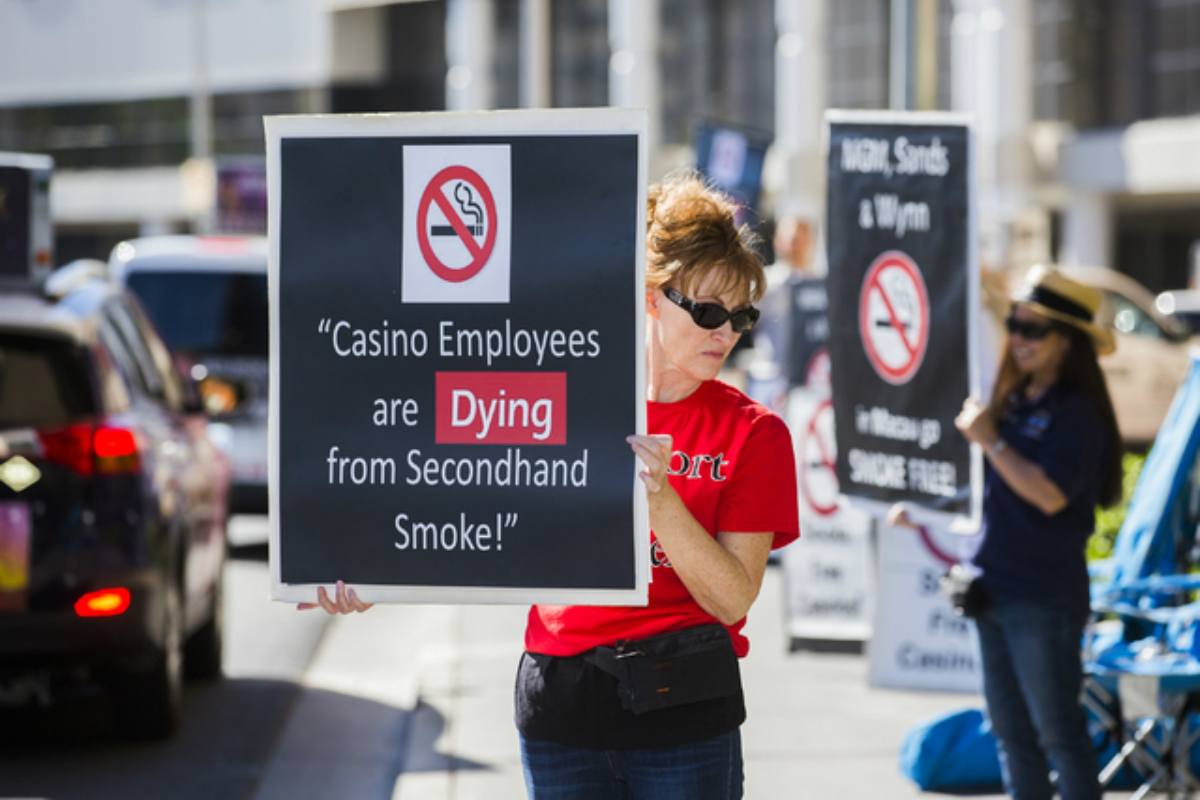 It’s a no-brainer for all workplaces and indoor public spaces to be smoke-free,” Frankel said. “From a public health, economic and social perspective, HB2298 ensures clean indoor air is not only for some workers or some establishments.”

Pennsylvania passed its Clean Indoor Air Act in 2008. The law banned smoking in indoor public places and workplaces, but provided certain exemptions. Loopholes were given to casinos, cigar lounges, private clubs, and drinking establishments where alcohol – not food – is responsible for the majority of sales.

Pennsylvania has 12 casinos, and that number will expand in the coming years with four satellite venues and the Live! Casino Philadelphia. Currently, the dozen of brick-and-mortar gambling venues all have designated smoking areas.

Under the Clear Indoor Air Act, up to 50 percent of a casino’s gaming space can be designated for smoking. There are 1,866 establishments that have received smoking exemptions, prompting the American Lung Association to hand Pennsylvania a “D” in its annual report card.

Of course, smoking and casinos have long enjoyed a close relationship. Smoking bans in certain states have been blamed for declining casino revenues.

Penn National, the oldest gaming operator in the Keystone State, supports the 50/50 split.

“Smoking has always been allowed at Pennsylvania’s casinos,” said Penn National VP of Public Affairs and Government Relations Jeff Morris. “We strive to be a leader in this highly competitive business environment, and this is only obtainable when we can compete on a level playing field.”

According to the US Department of Health and Human Services, 17 percent of all Pennsylvanians regularly smoke. That’s down from 22.4 percent in 2012. Smoke-related lung problems were responsible for 22,000 deaths in Pennsylvania last year alone.

The Center for Disease Control says secondhand smoke contains more than 7,000 chemicals, hundreds of which are toxic and 70 with the ability to cause cancer.

There is no safe level of exposure to secondhand smoke. It causes respiratory infections, ear infections, and more frequent and severe asthma in children, as well as stroke, lung cancer, and coronary heart disease in adults,” the CDC reports.

The CDC says secondhand smoke causes nearly 34,000 premature deaths annually. Nonsmokers who are exposed to secondhand smoke at home or work have a 25-30 percent elevated risk of developing heart disease.

The public health institute adds that inhaling secondhand smoke has “immediate adverse effects on your blood and blood vessels, increasing the risk of having a heart attack.” Secondhand smoke causes more than 7,300 lung cancer deaths among US nonsmokers each year.