Pennsylvania saw its sports betting handle in October jump to $241.2 million, a 24 percent increase from September, according to data released Monday by the state. The reported total marks the largest amount wagered since the state started offering legalized sports betting a year ago. 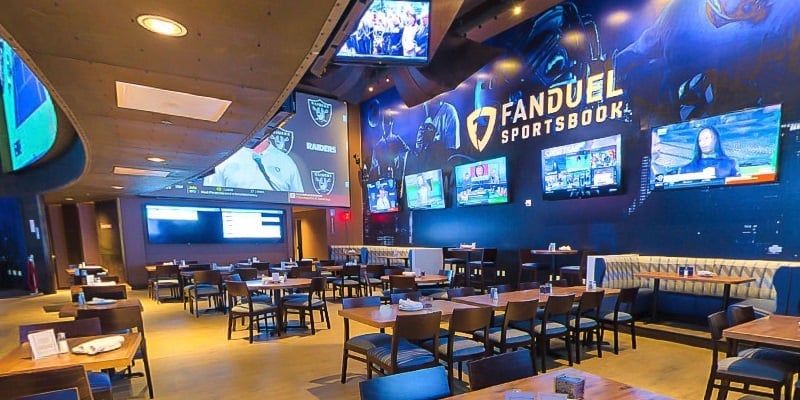 FanDuel, which operates the retail sportsbook shown above at the Valley Forge Casino Resort, is by far the dominant sports betting provider in Pennsylvania. It processed $118 million of the $241 million bets placed in the state last month. (Image: Valley Forge Casino)

The state-licensed sportsbooks reported gross revenues of $14.9 million for the month. With 36 percent earmarked for state and local taxes, that meant Pennsylvania received nearly $5.4 million.

FanDuel, by far, controls the largest share of the online betting. In October, its sportsbook recorded a handle of $113.9 million. That’s an increase of more than 33.8 percent from the month prior for the mobile sportsbook app, which opened in the state in July.

Coupled with its retail sportsbook at the Valley Forge Casino Resort, the FanDuel Sportsbook reported a total handle of $118 million. That’s larger than Pennsylvania’s next seven biggest sportsbooks combined.

Pennsylvania currently ranks second behind New Jersey, so far, in total handle among the sports betting states for October. New Jersey reported a handle of $487.9 million, and its sportsbooks reported revenues of $46.4 million. However, the Garden State’s lower tax rate meant its coffers only took in $5.7 million in October.

Nevada has yet to announce its October figures.

Pennsylvania’s sports betting market is showing signs that it is reaching maturity as it celebrates the one-year anniversary of taking its first bet.

For comparison’s sake, October’s handle nearly matched the entire handle across the state for the seven-plus months sports betting was available in Pennsylvania in the 2018-19 fiscal year. From November 2018 to June, Pennsylvania’s sportsbooks accepted nearly $244.7 million in bets.

For the first four months of the 2019-20 fiscal year, the 12 sportsbooks in Pennsylvania have tallied $604.1 million in bets, with revenues totaling $53.4 million. The state has received $14 million in taxes.

October was the first month for one sportsbook in Pennsylvania.

The Meadows Casino in North Strabane, located in the southwest corner of the state, opened a DraftKings sportsbook on Oct. 10. In the three weeks of operation last month, it accepted more than $773,000 in bets.

October was the first full month for two sportsbooks. The Mount Airy Casino, which helped debut the FOX Bet app unveiled by The Stars Group, reported a handle of $10.4 million. The FOX Bet app accounted $9.7 million of the wagers made.

Despite being heavily marketed by FOX Sports, the app finished a distant fifth among the five mobile applications available.

The Mohegan Sun Pocono racino, located in Wilkes-Barre, reported a retail sports betting handle of $2.1 million. Its sportsbook is operated by Unibet.