The Philadelphia Eagles and Unibet have announced a multiyear partnership that will allow the online gaming operator to prominently display its brand at the NFL team’s Lincoln Financial Field. 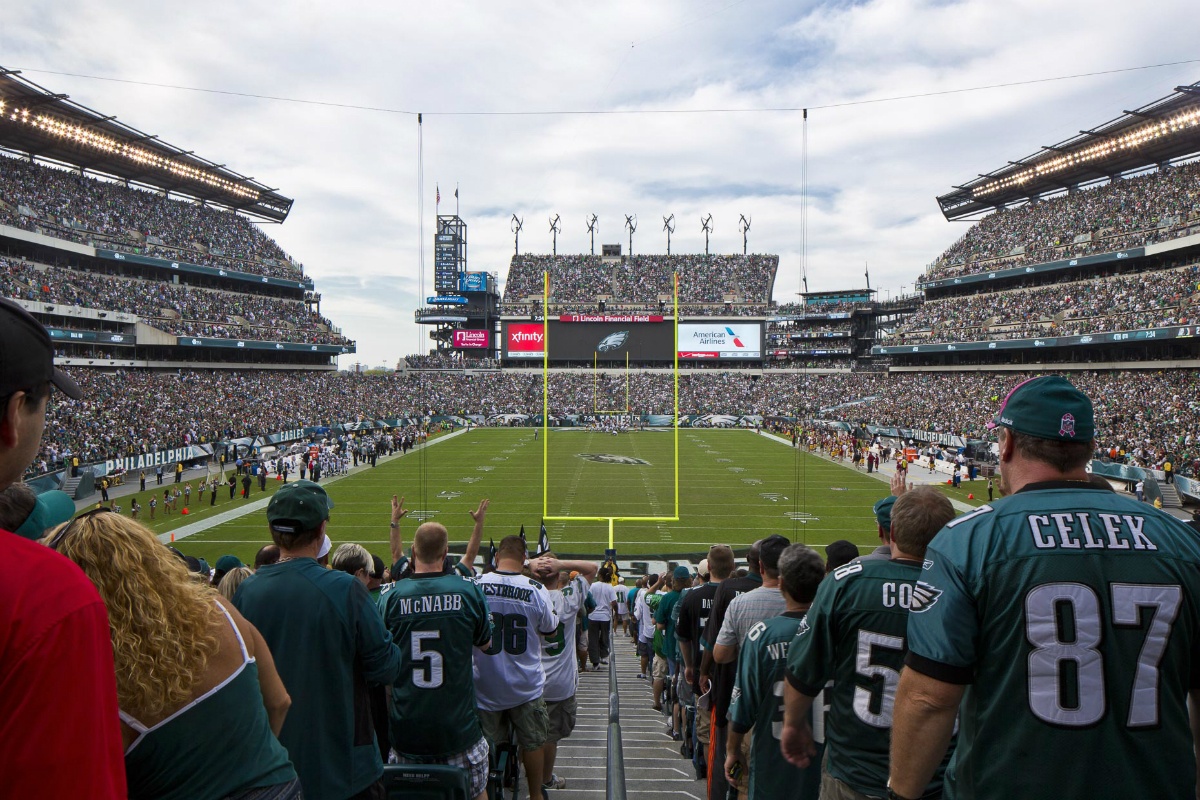 As part of the deal, Unibet will be permitted to place its branding at the stadium’s newly constructed Northwest Suites on the main concourse. Unibet signage will also be displayed on the “Eagles Nest Tower,” the venue’s large digital billboard.

As we look to grow our footprint in the US, it only made sense to partner with one of the largest, most respected, and loved teams in the NFL,” Unibet US Marketing Head Arnas Janickas explained. “The Eagles unmatched fan engagement and relentless innovation in digital space definitely helped to make this partnership a reality.”

Unibet is part of the Kindred Group, a Malta-based online gaming group that additionally owns such brands as 32Red, Roxy Palace, and Bingo.com.

The Eagles won Super Bowl LII on February 4, 2018. The team is 4-4 through the midway point of the 2019 regular season. Philly is currently at 22/1 to win another championship.

Unibet already has a home in Pennsylvania at Mohegan Sun Pocono. The company operates the casino’s sportsbook in the mountainous resort region.

Unibet will launch its online gaming and mobile sports betting product in the coming weeks, and has been live in New Jersey since June. In Atlantic City, Unibet is partnered with Hard Rock to operate internet gambling.

Despite its widespread sportsbook operations, Unibet won’t be allowed to advertise such services at Lincoln Financial.

The NFL amended its advertising policies in 2018 to allow casino companies to sponsor its teams and stadiums. The decision came as a result of the Supreme Court striking down the ban on sports betting in May 2018.

However, the league – concerned with protecting the integrity of its games – maintains that casinos and gaming companies cannot promote sports betting. They can, ironically to some, promote daily fantasy sports.

In January, the NFL announced Caesars Entertainment as the “first-ever ‘Official Casino Sponsor’ of the NFL.”

The NFL’s decision to bring in casino brands to its stadiums is a major step for the league that so vigorously fought New Jersey in its wishes to legalize sports betting. But the other “big four” US pro leagues – the MLB, NBA, and NHL – have taken a more welcoming approach.

Teams in those three leagues can accept sports betting marketing deals, and they are. While the Eagles won’t be allowed to advertise sports betting, next door, the NBA 76ers and Parx Casino will be running mobile sports betting promotions throughout the season.

In DC, the NBA Wizards and NHL Capitals owner Ted Leonsis announced this week plans to incorporate a sportsbook at his Capital One Arena in the nation’s capital. The billionaire says the sports betting lounge will be open even when his teams aren’t in town.