PointsBet is about to enter into its third state. On Monday, the Indiana Gaming Commission (IGC) announced that the Australian-based sportsbook has received its temporary vendor license. 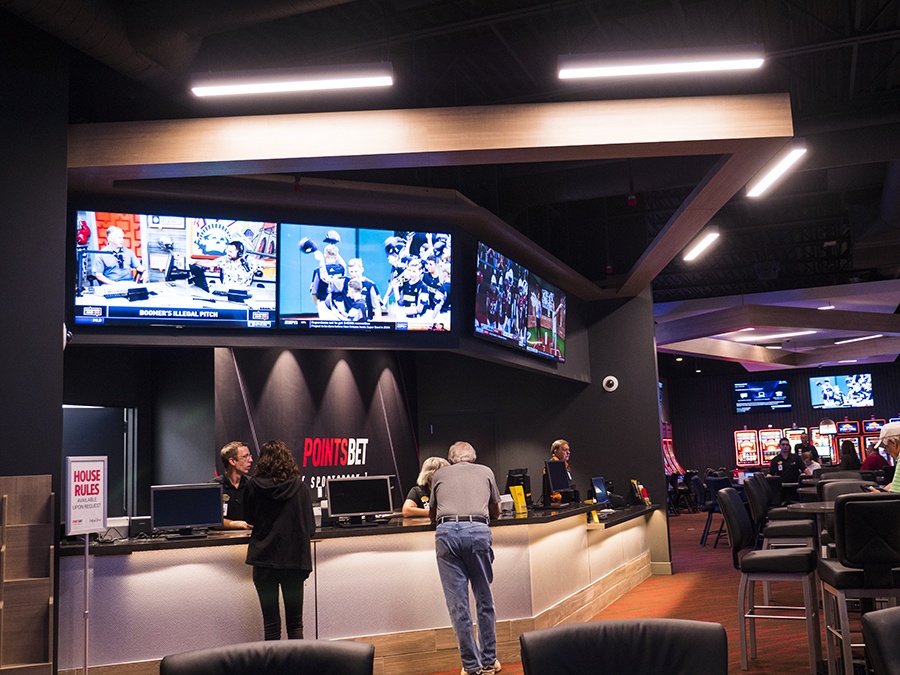 The PointsBet retail sportsbook at Catfish Bend Casino in Iowa. On Monday, the Indiana Gaming Commission approved the company’s temporary license to run a mobile sportsbook in the state, (Image: ThePzazz.com)

Getting the license is the last step in the process before being able to launch officially in the Hoosier State. However, Patrick Eichner, the company’s director of communications, told Casino.com there’s no official timeline for the rollout.

The PointsBet team is very excited to continue to increase our footprint,” he said. “Indiana represents a state of great opportunity, and we look forward to providing more of the sports-loving folks in the Midwest with the premium product they deserve.”

PointsBet is already active in New Jersey and Iowa as mobile sports betting options. In Iowa, the company also opened its first retail sportsbook in the US.

The company also has announced agreements in recent months to set up shop in Colorado, Illinois, and Michigan.

In Indiana, PointsBet will be a skin affiliated with the Hollywood Casino in Lawrenceburg. It’s part of a 20-year contract the sports betting operator signed with Penn National Gaming back in July. In return for Penn National’s Penn Interactive Gaming subsidiary acquiring a 5.3 percent stake in PointsBet, the sportsbook gets the rights to run in Indiana, Louisiana, Missouri, Ohio, and West Virginia.

Sports betting has yet to be legalized by lawmakers in Louisiana, Missouri, and Ohio.

PointsBet opened its first US operation in New Jersey in December 2018. In the following month, it made news when it announced it would refund bets placed on the New Orleans Saints for site credit after officials did not call a defensive pass interference penalty against the Los Angeles Rams late in the NFC Championship. The no-call forced the Saints to kick a field goal rather than extend their drive and possibly score a touchdown that would have likely sealed their trip to the Super Bowl.

PointsBet uses what it’s called its “Karma Kommittee,” which reviews bad beats and other games to decide if a refund or credit should be issued. Most recently, the sportsbook announced it would offer credit to anyone who placed a 2019 World Series or AL Pennant futures bet on the New York Yankees at any sportsbook.

The book also offers a product called PointsBetting. Where traditional spread and total betting simply pays out at the odds listed, PointsBetting pays out – or takes, for losing wagers – exponentially.

Others Also to Launch Soon in Indiana

PointsBet is the third sports betting operator to get approval from Indiana’s commission this month. Two weeks ago, the commission issued temporary licenses to Roar Digital, which operates BetMGM, and BetIndiana, which will have a skin with Spectacle Entertainment. Neither of those licensees is operational yet in the state.

Indiana does not require in-person casino registration to set up online sports betting accounts. That means anyone can set up an account online and bet immediately using their mobile device, provided they are physically in the state at that time.