PointsBet Inks Partnership with NBA, Will Provide Analytics to League


PointsBet announced on Wednesday that it had secured a partnership with the NBA, making it an authorized sports betting operator for the league. It’s the first such arrangement the Australian-based oddsmaker has brokered with a major North American professional sports league. 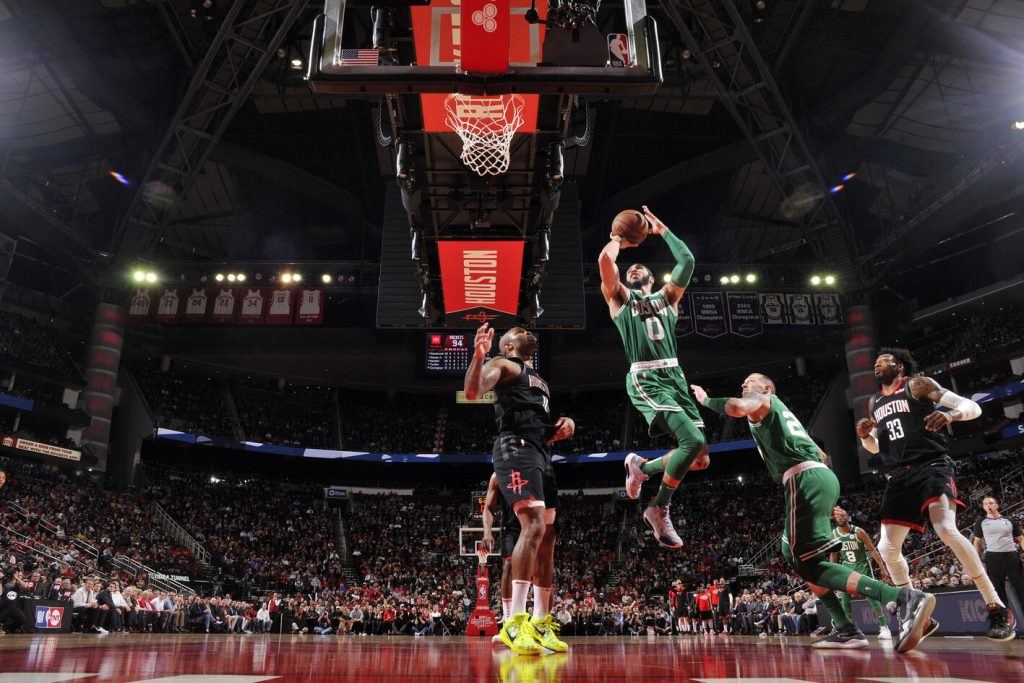 PointsBet will provide the NBA with analytical data fans can access online or through social media as part of an agreement the league reached with the Australian-based sportsbook. The deal also gives PointsBet access to official league data. (Image: Bill Baptist/NBAE via Getty Images)

The deal means PointsBet will have access to official league data for scoring bets and have the right to use league marks on its digital platforms.

In addition, PointsBet will provide the NBA with some data as well. Primarily, the basketball league’s web site and social media channel will begin using PointsBet’s “Win Probability Metric.” The analytical feature will give fans and followers real-time insights on the projected outcome of the game they’re watching.

As a tech company at heart, the PointsBet team is excited to work with a league as savvy and forward-thinking as the NBA,” said Johnny Aitken, PointsBet USA’s CEO, in a release. “We’re certainly aligned in looking to present fans with the best experience possible, and we look forward to enhancing the sports betting aspect via the Win Probability Metric.”

The league and sportsbook will also work together to identify ways to protect the integrity of the league’s games.

PointsBet currently operates an online sportsbook in New Jersey, and both retail and online books in Iowa. However, the company is preparing for significant growth in 2020.

Recently, the company received a temporary sports betting license to begin a mobile application in Indiana. PointsBet also has secured placement of its sportsbook in Colorado, Illinois, and Michigan. It also has a long-term agreement with Penn National Gaming to operate mobile skins in several states where Penn National has casinos.

The company has made a name for itself in the year that it has had a presence in the US market. PointsBet landed former professional sports stars Allen Iverson and Darrelle Revis to serve as celebrity spokesmen, and it has also offered refunds after controversial decisions had an impact on the outcome of games.

PointsBet offers traditional betting options as well as its PointsBetting product. In PointsBetting, a customer can win – or lose – multiples of the bet wagered. Say, for instance, the Lakers are a five-point favorite against the Suns. If the Lakers win by 15, a bettor would win 10 times their original bet.

“PointsBet has a unique offering in the marketplace, and we are excited to find new ways to engage with fans together,” said Scott Kaufman-Ross, the league’s senior vice president and head of the NBA’s fantasy and gaming operations.

PointsBet is the 11th sportsbook that has reached an agreement with the NBA.

Like the other major professional leagues, the NBA has sought to work with sportsbooks after the US Supreme Court overturned PASPA. During last season’s playoffs, the league threatened to cut off access to league data that was used to score in-game bets to sportsbooks that either didn’t have a partnership agreement in place or a subscription to a data provider, such as Sportradar.